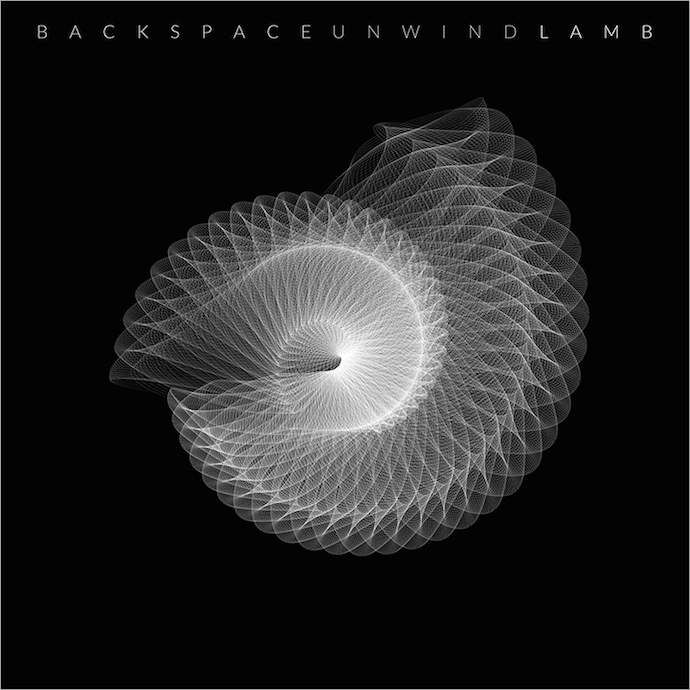 Time having a certain cyclic aspect is not a newsflash, but what gets left on shore with each ebb of tide can leave you yourself more than a little askew. Examining the (physical, historical, emotional) detritus is maybe not a good idea either, because detritus is detritus, after all, and you probably don’t want to go near the suspicious half-full syringes that keep washing up on your particular shore on a particular time of day, month, or year–but what I’m aiming for here is to stuff relevant info about life’s blood and vinegar inside the shell of reviewing the new Lamb album, which just sort of limped out of the gate this month but which invites maybe touching those syringes with a stick, at least, angling to see what, if anything, might be still in them. Whether they might be helpful, dangerous, or both.

But the Lamb album and its invitation: Lamb, in case you ignored certain swaths of British electro in the ‘90s, is a British duo who gained a certain amount of note and even adulation after “trip hop” had become a Thing by grabbing trip hop’s loose template and fixing it to drum n’bass. So instead of hazy (i.e. kite-high) vocals over a lush bed of slow hip hop beats you got Lamb co-conspirator Lou Barlow’s woozy lullabies laid atop frenetic, spastic high-speed drums and forehead-thwack bass. Their self-titled debut is a certifiable classic, even if only a relatively narrow kind.

Then what happens to many bands happened to Lamb; they abandoned the sound they made their name on and wandered away, woozy lullabies intact but laid, album by album, atop increasingly nebulous and delicate and truthfully kind of Adult Alternative Contemporary sonics before calling it quits around ten years ago, at least for a while. And as I write this, it was just about this time last year when I got a certain song from Lamb album #2, Fear of Fours, lodged in my brain and I spent the approx. $1 plus shipping to acquire early Lamb albums I had long ago sold for grocery money. I got the CDs, listened to them quite a lot, got a little fixated on debut-album highlight “Gorecki,” and they got pushed aside in the oncoming rush of great new things to listen to.

Then an email from an opportunistically sales-tracking Amazon this week: new Lamb album! I listened to excerpts, wondering where they’d wandered, and discovered that the debut album’s edge is back, but instead of Lamb being excellent curators of then-hot drum n’bass, they’ve become excellent curators of now-sounding techno and recent-sounding dubstep. Lamb has regained their ability to lace their delicacy with menace, at least a degree of it, and it sounds great. Barlow’s lyrics don’t exactly merit getting engraved in stone anywhere but her voice has aged well, deepening and richening so, in addition to the new itch, her voice is packing some additional ability to curl around you and stay that way long after the album’s over.

I am making no claims, here, that the album is a masterpiece, but it merits listen and perhaps purchase by you, informed consumer. It’s titled Backspace Unwind, and if there’s anything uncomplicated about what I’m up to here it’s to import to you to go get it, and if you like what you hear go grab the self-titled debut. The album has teeth, whether it’s the bleepy night-drive techno of the title track or the glam-disco skitter  and squelch of opener “In Binary,” Barlow’s half-speed lilt giving the track a ghostly tug somewhere between comfort and suffocation. There’s also some beautiful pure, distilled wooze, whether it’s in slow-burn earworm “Nobody Else” or the (if you’re sentimental like I am) sunset haze (and minor-key pivot menace) of final track “The Caged Bird Sings.” The album isn’t all hard edges, and it isn’t all lullaby, either; it’s a push-pull between the two, and that’s what makes it what, if you’re interested in this kind of thing, a kind of return to form for Lamb.

The reason I’m writing about a Lamb album here, though, has to do with some non-sonic itching; when I was listening to Lamb last year I was slowly digging out from under the metric ton of anniversary grief for my mother, who died in October of 2012. So two things came back recently, neither of which I was fully prepared for but which synced up nicely: 1) Lamb, and 2) overwhelming anniversary grief for my mother that made every straight line in my life considerably crooked and which packed a wallop I did not expect. Also on tap here, a year ago I was readying to convert to Judaism, and got ready, but then the rabbis decided to not let me, until last week, so guess what I’m doing: readying to convert to Judaism. If this truly is a pattern, I fully expect, next October, to be on the verge of converting to Judaism, to be torn in half by grief, and to be listening to Lamb, and what I’m getting at is that not only is the new Lamb album a happy surprise but Lamb, death, and Judaism are combined in my head as linked cycles now that sort of make magical-thinking sense and enrich the album beyond objective merit and move me to share it when I otherwise might not.

But that’s part of the hook of evaluating new music that arrives at your aural doorstep: you’re evaluating it in light of your life circumstances, always, whether consciously or not, and coincidences have a way of convincing, and Lamb, right now, edgy or not, seems perfect. It seems valid.  It feels true. Because the truth is that beginning on October 12th, every year, my year, and maybe my life starts over (feels more like the latter) and I compulsively soundtrack that life and the rebirth I’m talking about is less of a shell-of-Venus deal than a hacksaw and pliers kind of deal, in that I didn’t expect to be submerged in grief again, at least not this absolutely, yet here I am, learning to breathe underwater yet again and trying to determine which direction in my black ocean is black sky.

But how we survive any head- or heart-wreck is by grabbing onto any available mooring, and last year for me that was Judaism and from Judaism med school, and Judaism went sour and med school is distant. So I had nothing to hold onto last month and this when my personal history overtook me and wrestled me down, nothing but music and remnant Judaism/med school’s itch to reach beyond self-soothing and help others, and I want to use this space less to inform you how griefstricken I am (answer: considerably) than to share that I’m sharing this because I can latch onto music, if nothing or no one else, hold onto it, let it hold on to me, and the deal with music, the great music of Backspace Unwind and my other hollow-head soundtrack, William Basinski’s collected Disintegration Loops, the deal with it is that I can hold onto it, as amorphous as it is. I can both use it as a crutch for my own purposes and, with an itch to aid, offer it to you as a gourmet meal (or crutch) and while it doesn’t seem like music could do both at once it does, it can and it should, it’s the warm blanket you need when there are no blankets left in the world, the gauze for your wounds when your wounds won’t heal

It’s also nice stuff to leave on in the background while you maybe work on some writing or organize your home. When I write an album review I never slag anything, not because I’m too Pollyanna to see the worth of negative evaluations but because I’m heartsick and headsick and I don’t have time to do much other than do what I can, which is to curl up with music and to look to you and offer you something knowing that yes, probably for the rest of my life every fall it’s going to feel like I’m growing a whole new set of teeth, fangs to shove aside nubs. It isn’t pleasant either to do or to witness and it’s not something we, as US adults, feel like we should even share, so most of our aid for others comes by proxy, not by letting you know, “I am in pain and this helps me because it’s tangible evidence of life continuing despite death revisiting, it’s proof of the value of a new set of teeth.”

I can’t offer you my grief, or my teeth, or solace, from a stranger, that couldn’t possibly hope to convince, but what I can do is I can say that Lamb have circled back to the bite that first made them great, that I have circled back again to feeling bitten, feeling the need to bite, and that we’re polite US adults and we don’t discuss how we feel, so I won’t. I won’t describe how crooked my straight lines got and in what way and why, but what I can do is grab hold of a new album that came out, lid the tremor with which I hold it out to you, knowing that your need of it might be entirely other than mine, so I can’t and won’t tell you about how amazing my mom was, I won’t get into how wrecked I am, because you probably don’t want to know and even if you did it might be hard to convey. So I can leave aside the late insomniac hours I wander around my apartment alien and empty listening to Disintegration Loops, especially disc three, listen to that or to the new Lamb album and think this feels right, this seems true, this sound in this space is accurate, this is the safety and the surety that I need, what I can’t do is share myself, for a myriad of reasons, some of which is our culture’s  sickening antipathy toward empathy, but the lightbulb can go on this time around and I can think well so if I feel like this others probably also do, and that recognition can lead to aid, even in minor form. So there’s a lot I can’t do, a lot more I don’t know how, but what I can do is offer you something, because you never know, I can use my still-stinging new set of autumnal teeth and say, simply: here, don’t worry, don’t listen to me, but listen to this.