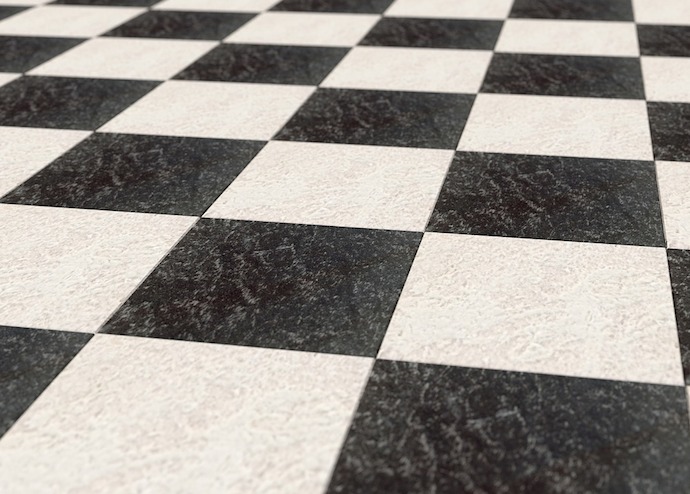 You’re waiting for her. That one. Yours. The one you’ve always had in your heart. Her forthcoming work—most titillating, most anticipated.2

A knot in your stomach and two tablets of Dramamine. It’s not her (in today’s email: another infographic about the discounted rate [70%] Reality Kings offers when you sign up for an annual subscription and an enormous background image of the latest hi-res smut).3

star·let (/stärlət/) n. 1. A young actress with aspirations to become a star. “a Hollywood starlet” The word stirs you up. You won’t explain why, not even to yourself. Once, you came close to some sort of solipsistic confession. An inconspicuous clip of some burly men causing quite a splash with one lanky teenage girl—“Hot Young Slut Pool Gangbang.” The truth was near at hand, but something about it, something seemed to get in the way—the diction, the syntax, the lack of a comma between the adjectives preceding “Pool”—you couldn’t determine the source. There was a moment of introspection, a photon of light in a sea of darkness, but you misidentified the origin of your affinity. You chose something generic and banal—a summer love and the seaside of her schoolgirl thighs. That you had, in fact, consummated that desire years ago in a hotel jacuzzi was a truth you could choose to ignore. After all, self-delusion has the wealth of hedonic motivation at its disposal, while veridicality subsists on the alms of surfeiture’s guilt. As close as you came, you were even farther away.4

meat·y (/ˈmēdē/) adj. 1. Consisting of or full of meat. “a meaty flavor” 2. Fleshy; brawny. “the tall, meaty young man” 3. Full of substance or interest; satisfying. “the ballet has stayed the course because of the meaty roles it offers” What do you miss most about her? There’s that photo on your desk, the one of her sitting at the top of the staircase, grinning down at the camera: miniature shoes, miniature hands, miniature smile, a little bow and a missing tooth. You look at it every day—a bastion of innocence in which her darkest secrets were nothing more than furtive whispers in the ears of stuffed animals. Sometimes you reach out towards it, trembling fingers and a delicate touch, as if too much pressure and your little girl might disappear. Of course, she was gone long ago, and you remember the night: that New Year’s Eve, the one where you couldn’t find your oxblood Salvatore Ferragamo loafers that you knew would serve as the perfect accent to your tweed Canali smoking vest. You were already three hours late to the party clamoring downstairs, but the shoes—you had to have them. While rifling through the closet, you recalled taking them off in the billiards room. Whether or not they were actually there, you stumbled downstairs in just your socks after you opened the door and saw her nubile body tangled between the sweaty limbs of a few teenage boys.5

A few resonant clinks and a cloud of airy chuckles. You were stuck in every way. Just after the clock struck midnight someone made a comment. You don’t remember it, but you recall it feeling poignant, like some omnipotent force was pushing the crowd around you as pawns are pushed about a chessboard. The checkmate felt imminent. You wanted the final move to fall into place so that you could stop looking over your shoulder, looking for her, for your little girl, for that one in the photo, the one who never seemed to come down from the billiards room, not that night, not the next night, not ever. But the game kept going, running you in circles as the pieces fell around you—an impotent King helpless to his fate, imbued with neither the power to secure victory nor an honorable exit in the form of some self-inflicted demise. A prayer for swiftness still stains your lips—that some guileless misfortune may drift your way, perhaps a sudden aneurism or slip in the shower. In your heart you are sure there is some limit, that with this long awaited unveiling of her opaque bleeding your body will internalize all your thoughts, and the damage of your heart will no longer be mere metaphor. But the chokes of your sobs aren’t enough to strangle, and the stream of your tears isn’t enough to drown. Strangers will continue to grab her, and hold her, and stab her—and she will continue to groan, and moan, and whimper, and curse until they’ve finished her off and left nothing behind but a trickle of milky blood leaking from her limp body.6

What did he say? That poignant comment. What was it? What if it was nothing at all?—a petition to touch glasses in honor of the New Year, a compliment on the Canali, a gesture of gratitude for hosting the annual celebration of renewal. You remember looking down at your socks, wool toes atop a tessellated marble floor. You remember feeling dizzy, like all those tiles were bending and bowing under your feet. You remember looking back at the grand staircase glowing under the chandelier. You can still see the fringe of the Persian Khesti zigzagging up the steps, the snaking walnut banister burnished by the touch of a thousand fingers, the patinated copper finials blooming plump and round above twisted black newels, but the words, the words are nothing more than the silent writhing of a breathless tongue. Whatever it was, whatever he said, it’s not going to bring her out of that billiards room. Nothing will. Not the constant remodeling, not the repainting, not the reappropriating of space. But you know that by now. You’ve tried all that, and more. It was only after you realized she wasn’t hiding in the walls that you started to understand the gravity of her absence. The phantasmagoria of her presence lost its seduction. A nauseating prescience grew louder with each passing day. By now, it’s so loud that the inevitability of its realization feels unbearable. There is nothing left for you, so you get up before dawn to check your inbox, looking for something that you can grab ahold of, looking for something that you can make sense of, something that you can call your own, something that once belonged to you, something you are missing, something you lost—for her, for your little girl, for your daughter.7

Soon enough you will find her, soon enough she will return, bare in her comely glory for the whole world to see, one innocent little girl for the sins of man. It’s not the fate you hoped for, not the one you prayed for, but it is the one you have been given. You’d rather that every morning start with a fruitless sorting through smut advertisements. That it’d always be someone else’s daughter. That’d she’d never show up. That there’d only be that one night in the billiards room, a vision of delirium so fixated on that you couldn’t get it out of your head. That you could keep telling yourself it was just a dream, some made-up conglomeration of unconscious motives manifest. But it wasn’t, and the truth hurts, so you continue to hold onto the hope that she might return, that she might come out of the billiards room, that your history might be rewritten and she’d follow you into the crowd, shoes and all, arm in arm, laughing and joking with the guests, her adoration reserved for one man alone: you, her father. Of course, what you don’t see is that you are asking more of fate than any God can deliver. What you don’t see is that she never entered the billiards room, or smiled down over the staircase. She, your little girl, the one you are looking for, she is nothing more than the vestige of a hopeful future that never came to be, something that you began to chisel away at that fateful New Years Eve, something that you have worked to polish and shine and dust and kiss and love, something cold and made of stone. But God is not so cruel as to deprive you of a boon, and so, on that day, that fateful morning, the one where you’ll check your inbox to find that your daughter has arrived, glorious and anointed for the world to behold, you will think of the Khesti flowing down the stairs, the walnut banister slithering up the steps, the patinated copper finials blooming plump and ripe in the grip of black newels, and you will see her atop the landing, effulgent and crowned for an execrative crucifixion—his words reverberating in your ear.8

Porny spam in the inbox.
1 “Thousands of stunningly hot sluts for one low annual payment of $75.95!”

2 Today, it’s two black cocks in Sasha Grey’s white ass.
3 Yesterday, it was the ravaged fundament of some tiny-bodied starlet.
4 Tomorrow, it’ll be your daughter’s face in a meaty muff.

5 Thousands of stunningly hot daughters for one low annual payment of $75.95!

6 A pining tongue for a rag.
7 A mirthless smile for an orifice.
8 “Where’s that little girl of yours run off to?

Cody Reding is the author of Roman Candle (forthcoming). He lives in Los Angeles.