In Search of Duende: Self Loathing in a Fast Food Parking Lot, or: A Catalog of Sadness 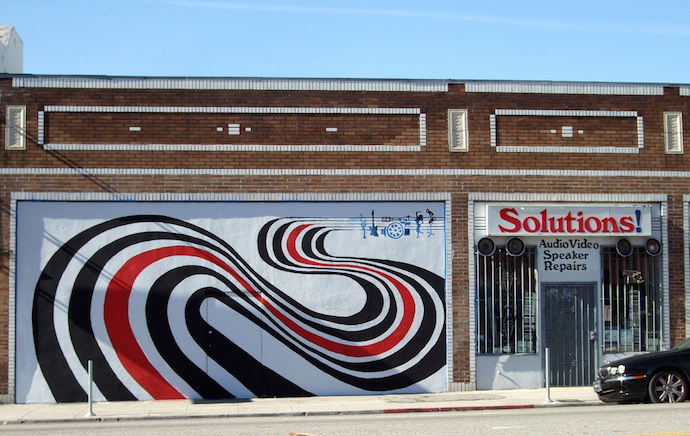 “Drink up, baby, stay up all night / With the things you could do, you won’t but you might / The potential you’ll be that you’ll never see / The promises you’ll only make”
– Elliott Smith – Between the Bars

Neruda says he can write the saddest poem of all tonight, and I’m just sitting here in a McDonald’s parking lot eating a Filet-O-Fish sandwich in my 1999 Toyota Corolla when it hits me.

It’s like reaching into the bag and getting 2 paper napkins and no straw. Like getting a value size soft drink with 70% ice. (One might call that $.99 sadness. A two sip kind of sadness.)

You can price out sadness. You can taste the cold emptiness and package it. Call it comedy with consequence. Call it American sadness. Fill your mouth with ice cubes and take it until your mouth is so numb, you’re willing to say anything.

Elliott, this is my Duende.

It started when I found you in high school on a CD-R that just said ‘Sad Songs’. I was taking guitar lessons at Park Ave. Music. I wanted to be like James Iha or Tom Morello. I had bleached hair and a Yamaha acoustic guitar. I liked Dispatch and Incubus. Ben Harper and Days of the New. Tracy Chapman and Stone Temple Pilots. I’d rather go to the Community Center and watch local bands play than go to the football games every Friday night. But I also watched Dawson’s Creek and The O.C. so I don’t know who the fuck I was, or what was going on inside my head.

And looking back, after watching those shows and listening to that music, it makes me think about growing up and how my parents didn’t understand me. How it probably wasn’t their fault because I’m sure they tried. How it’s more like I didn’t want them to understand. I didn’t want to talk to anyone.

And it reminds me of this time during my senior year of high school when I wrote a 10 page paper on censorship for my journalism class. We worked on these papers all semester long and had to present them at the end of the year. When it was my turn to present, I walked to the front of the classroom, put duct tape over my mouth, and played Rage Against the Machine – “Bulls on Parade.” I stood in silence as the song played, holding a poster board above my head with the words, “WE WILL BE HEARD!” I wanted the music to talk for me.

I got a B+ on that paper. The feedback from my teacher said something like, “Paul – a decent concept. However, you still don’t know how to use semicolons properly.” (I still don’t.)

Elliott, tonight I’ll stay up and give myself anxiety attacks over the things I did in high school. Like I’m in the business of over analyzation and unmitigated feelings. Like I’m going to cancel whatever plans I have and say something came up in my most persuasive tone.

But really there’s a lot of sad songs on SongMeanings that need comments and I’ve got an insomniac riddled stamina just begging to be used.

A slapstick sadness is more of an embarrassment. Like listing Daughtry as a favorite artist on your OkCupid profile. Like remembering your MySpace Top 8 and messaging those people to remind them of that fact while sober. Like if John Mayer said he’s better at sadness than Sufjan Stevens because he has a full sleeve tattoo and used to date Jessica Simpson.

Duende is more than a fleeting moment of sadness. It’s an aesthetic. A projected acceptable sadness. A stepsister of nostalgia. A buffet neighbor of agony. It’s when the slapstick isn’t funny anymore but we keep doing it anyway.

To clarify: Family Guy could fit this categorization. However, Family Guy is not Duende. Duende is the person who works a 3rd shift and is forced to watch Family Guy on break every night at their dead end job while eating the same turkey and American cheese sandwich.

Elliott, you’re almost as important to me as my LiveJournal was when I was 12 years old. But now that I’m 30, I’ve got a whole catalog of sadness to pick from. I see Duende in everything. Sometimes I like to spend long periods of time staring at myself in the bathroom mirror.

When I stand there I don’t say anything. I don’t know what I’m looking at.

Part of it is being diagnosed with a mental illness and having trouble accepting it. Or not accepting it, but struggling with it, because the stigma surrounding mental illness is enough to make anyone doubt themselves and their feelings.

And you know, maybe it doesn’t have to.

So let’s list it. Let’s catalog the shit out of it. Let’s call it: Duende: A Catalog of Sadness Volume #1

1) It’s going to a corn festival in the middle of nowhere Illinois to see Smash Mouth play before a fireworks show in August when the humidity is unbearable, but so is the boredom.

3) It’s like Harry Potter believing that one day he will live with Sirius Black and they’ll be a proper family.

4) Like manual car windows that get stuck down in the Winter and up in the Summer.

6) Like the conversations and pep talks Garth Brooks had with himself in the mirror about becoming Chris Gaines.

7) Like playing McDonalds Monopoly and feeling obligated to continue eating Big Macs in the hopes that you might somehow win a million dollars.

8) It’s Bilbo wanting to hold the ring one last time.

10) Like Thom Yorke inviting you over after school to show you a greenhouse full of fake plastic trees.

12) It’s like Pittsburgh, Indianapolis, or Cleveland. Not like cities of irrelevance like: Des Moines, Kansas City, or Boise. (Though, I am sure the dismissal of these cities somehow makes them Duende.)

13) Like when Shia LaBeouf says, “No sacrifice, no victory” in the first Transformers movie.

14) It’s like when Karen apologies to Gretchen in Mean Girls for telling everyone about the time Gretchen got diarrhea at Barnes & Noble.

15) Like Bill Murray sitting in his hotel room looking at carpet samples when he can’t sleep.

16) It’s working retail and wearing the same red shirt for 3 years– the holes growing larger each week. The fabric shrinking after each wash. The shirt so tight around your chest, you have no choice but to walk hunched over staring at the ground in order to hide your protruding nipples.

17) Like Kanye West promising his mom he would go back to school.

18) It’s like deciding whether to go to class or not depending on how much gas you have in your tank and whether you’d rather spend your money on cigs or 2 gallons of gas and 3 hours of sadness learning how to do Excel spreadsheets.

20) It’s like tonight, we have a choice: we can either be stupid or we can be miserable.

Elliott, when I said I had a Toyota Corolla, I was lying.

I had a Geo Prizm, which is a sadder version of a Toyota Corolla. It had a rusted rim that caused air to leak out of the tire and would go flat once a week.

Anyways, I abandoned that car. It wasn’t hard to do. I don’t feel bad about it.

It’s easy to give up on a car, but I’m afraid to give up on this sadness. And maybe it’s because I’ve been sad forever. It makes sense. It’s familiar.

Familiar like ripping your gym shorts while doing the shuttle run in front of the 59 other people in your gym class in the Fall and having to run it again in the Spring: the anticipation building over months in the inaudible hallway chatter. The laughs and fingers pointed as your classmates run circles around you on the track while running the mile: YOU’RE THE KID THAT RIPPED HIS SHORTS!

Duende is living with shame and/or misery. Duende is believing you’re cursed and managing it. It’s saying I accept this and carry on in spite of it.

So let them lap you.

You can run a 13 minute mile. Be the ripped shorts guy. Let Kyle be the slow mile guy. The expectation level of your physical fitness will do wonders for your self esteem down the road.

When the day comes for the shuttle run, don’t bend down to pick up the erasers.

Run out of the gymnasium.

Run home in your gym uniform.

Never mind the chafing, you’ve got Pringles at home.

Listen to the voice inside your head: Pringles baby, Pringles.