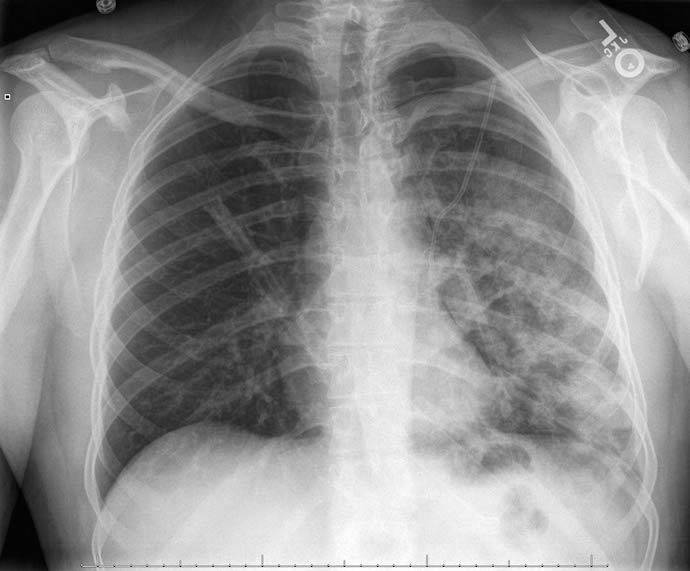 The detective asked her whether she had any suspicions leading up to the disappearances of her children.

She breathed out and looked at the empty space on either side of her.

Two weeks earlier on the front steps of her house on Maywood Street she asked her daughter what had happened to the earrings. “I told you,” her daughter said. “They fell out.”

Maywood was a ruckus with buses and delivery trucks on that final autumn morning.

London planetrees lining the street reached for the sky and their rustling filled the air. “You can tell me what happened,” the woman said.

“Nothing is happening,” the girl said.

The woman had inherited the earrings from her boyfriend’s mother—a woman who had died shortly after her son. Diamonds set in silver. Liver rotten.

The woman laughed to herself and sat down on the front steps. She often liked to sit here and watch the children on their way to school. Not a one went willingly; the young swung their sneakers to the knees like they were trudging through mud. Her daughter had disappeared again, no, there she was crossing Nostrand, shrugging her backpack a bit higher.

Across the street in the schoolyard of an elementary school, the woman watched a boy—hers. He was walking backwards with his hands held up. Another boy came into view: “Are you afraid of me,” the other boy called out.

The opening bell rang. The boys separated like feral cats who howl and hiss and dart away before a claw can scratch.

Every year, a different city, school, street; every year the same babies. They grew so fast. Charlotte was her daughter’s name this year. She was twelve and more beautiful than her mother had ever been. Would ever be. When the mother found her girl-turned-woman, she would give her daughter a strand of pearls.

Perhaps then, perhaps, the woman would rest.

Her son’s name was something with a godlike ring to it—his mother hadn’t decided on it yet. D’Artagnan, David, De Vinci, Davis. He would grow to be a hero. She had known him when he was curled up around his thumb, sweating through sleep on her shoulder, and running from boys in schoolyards. He’ll make him a great man, her boyfriend had told her. We’ll have one strong boy and one beautiful girl. One will be an artist and another will be a soldier. A soldier, the woman repeated. I’m just thinking aloud, her boyfriend said.

The detective told her to stay positive and report anything that came her way. He locked eyes with her as he said this as though the very soul of the man depended upon finding her little lost kin.

Her mouth filled with saliva when her fingers brushed the plastic bag inside her purse. She could feel the lump of it: a buzzing in her gums; a dampened finger sucked inside her mouth.

The children disappeared for the first time in Virginia.

The mark became simple: Steal, sell, steal, sell, buy. The stealing was easy because she was only stealing from her dying father, who would never notice the disappearance of a few precious stones. The diamond necklace with the red heart in the center bought the house on Maywood Street and there her babies visited her frequently. Until they didn’t.

She bought the house for her boyfriend because even though he was dead, he still would enjoy sitting on its porch, his glass filled with amber and him playing her mind in a minor key. Let’s go out and feel the night, she almost told the detective, but instead mentioned that her boyfriend, recently deceased, had been a guitar player. The detective asked her how long he had been gone. Just yesterday, she told him, but I can’t exactly be certain.

She lost the children on the South Side and in Buffalo and in Tampa, in Lexington, in Jaffrey, in Portsmouth, and in the foothills of the Catskills in a town she’d forgotten the name of. In each of these towns, men came to her door looking for the stones she’d advertised and more.

“Let me brush your hair,” one man said.

“I’ve got to fuck you,” another said.

Her children’s screams echoed persuasively. The little ones never showed themselves, yet every time the men heard them and scrambled into their base layers.

“Didn’t I mention my babies?” she asked. “Come on out, little ones.”

“I just want to sleep,” Charlotte called out to the woman. “D wants those men to go and, frankly, I don’t understand why they’re here in the first place.”

The men interrupted the girl and said to the woman: “Are you insane?”

The woman shrugged to her living visitors. “I do apologize. I must think of my children.”

Her boyfriend had been too much of a man. In half-closed eyes and dusk’s shadows, she could see him clearly.

The powder was a dry glue for her memories of him.

Hold on to that. Hold on.

She suffocated in her sleep one night in a long white hallway leading into black. A grinning demon pressing down onto her chest and on the ceiling was a child’s open mouth.

The woman woke up gasping for air.

In a day, maybe two, she would awaken and stretch out one long limb for her child and pull in the other under her branches and tilt back their chins and whisper to them her secrets.

The well would never go dry.

The detective called her up and left a message the next day. He said he had news about her missing items. But when she called back the station, she was transferred to a man who was not the detective and who referred to himself as a counselor.

The trees on Maywood Street were now naked of their softening leaves and still the children remained away.

Sometimes she thought she saw a half-glimpse of her son across the schoolyard as the boy hopped and ran in circles with the others. She thought that might be his face nestled in the school’s garden under zinnias and asters. Charlotte, her fathomless daughter, was not breaching for her mother any time soon.

The counselor’s office was decorated with wooden frames carved and painted as if the wood’s arteries had been made to bleed green and sapphire. When days were dark, the counselor pulled a lamp’s golden chain and the light warmed a green glass shade the same color as the Chicago River. The woman inched her fingers to the hard knot of powder inside her handbag.

She removed her hands from inside her purse and folded them neatly in her lap.

The counselor was interested in Rory, which was her boyfriend’s name. “Oh what couldn’t he do,” she said.

“Tell me,” the counselor said.

“Retrace your steps,” the detective had told her during their first meeting. “Go back. Where did you last see them?”

She thought that it had been that morning on the front steps, when she’d asked Charlotte about the earrings.

But, no, it had been the evening before, on a ferry ride from Brooklyn Bridge Park to Coney Island.

She would not remember why she’d traveled there.

Her first step into the sand at Coney Island had surprised her—it was as if she was being cradled for a journey that should have been harder. Ridges formed in that sand. The water was cold, so she dove right in and she didn’t realize until later that the earrings had fallen out.

Charlotte and D were somewhere unseen on the shore.

She asked passersbys if they had seen her girl, age approximately twelve or thirteen, and her boy, a noble-looking child of eight who often walked with a race car clutched in one hand. Each one responded with: “Shouldn’t you talk to the police?”

The woman threw back her head and laughed at this. These strangers thought it was that easy to lose a child?

Her lost ones were everywhere and nowhere at all.

Mary Breaden is an Oregonian native living in Brooklyn. By early morning light, she writes, and during business hours, she works for a social services nonprofit. She and Andrea Janda founded an experimental literary journal (www.visitantlit.com) in 2016. Mary’s work has been published in Education Week, Persistent Visions, The Mondegreen, the Portland State Vanguard, Portland Book Review and in Queen Mob’s Teahouse. She was selected as an Emerging Writer in the Lamprophonic Reading Series and nominated for a Pushcart Prize in 2015.