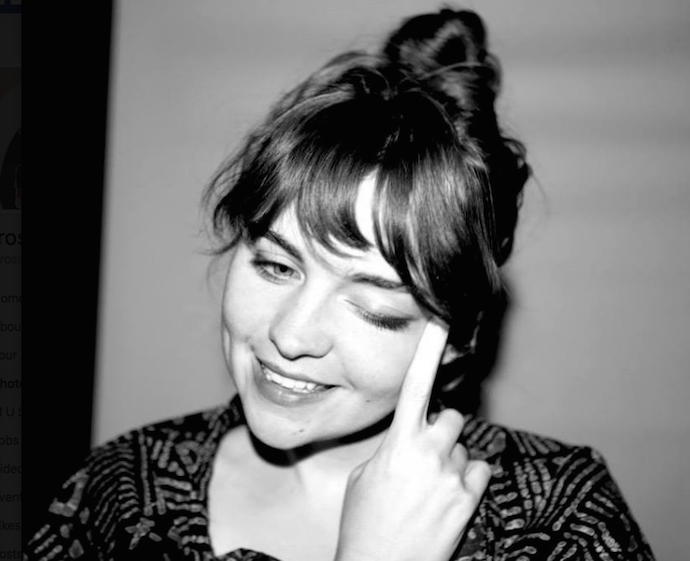 I first encountered Emily Cross’ work—first her music as Cross Record and then her drawings—about a year ago. I find in Cross’ art—in both the music and drawings—delicate, frequently beautiful qualities. And yet there is also a dark intensity, from the strangled desperate burning sounds of “Wasp in a Jar” from the album Wabi-Sabi to the whispering, droning, almost terrifying beauty of “Cups in a Sink” from Be Good.

I often listen to Cross Record while I write, hoping to translate those haunted minimal noises into prose fiction. With this in mind, I recently asked Cross to discuss an artist of her choosing as part of an “authors on art” series, co-curated with Amber Sparks. I gave no criteria other than the artist must work outside of Cross’ own preferred disciplines.

Robert Kloss: First, I’m curious—why Vija Celmins? Can you discuss this choice in personal terms—why you chose this particular artist, when did you first encounter her work, and is there a particular piece you find yourself drawn to?

Emily Cross: I didn’t want to agonize over which artist to choose. . . and Celmins was the first artist to pop into my head, actually. I first discovered her work at the Art Institute of Chicago when I was attending college there. I believe it was “Night Sky #2” they had on view there. I would visit it often. . . fascinated by the depth of it, and the velvety texture of it. . . the materiality. Since then, I would say I’m most drawn to her works “To Fix the Image in Memory.” They are eleven pairs of stones and painted bronze (real stones, and then replicas of those cast in bronze and then painted). It’s sort of humorous to me that someone would spend that amount of time replicating something found in nature so effortlessly and maybe thoughtlessly picked up on a beach or something. . . but I suppose we do that all of the time with various things. There’s also this element of trickiness— challenging the viewer to spot the ‘real’ stone out of the pair. Then there’s an idea about honoring this object— bringing attention to the incredible beauty that is a stone. I just really like it. 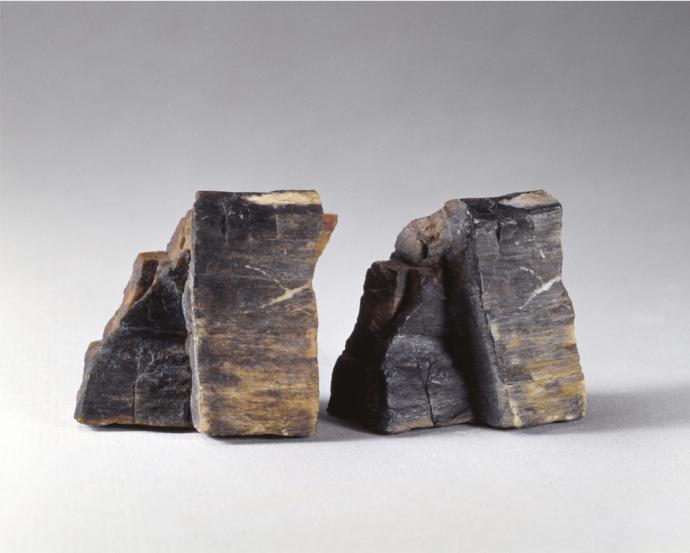 When you engage with an artist like Vija Celmins’ do you focus entirely on the art or do you look at a larger context—for instance, is there anything about Celmins’ biography or her philosophy or her process that informs your appreciation of her work?

The larger context, the life of an artist and their process is definitely important to me. Of course I am first drawn in with the work, but knowing details about a person’s life experience and their place within the world adds richness the whole picture, obviously. About Celmins, I don’t know, I enjoy the delicate nature of her work and how slow of a process it must be/have been to make work like that. I can appreciate that dedication. I have read that she was obsessed with graphite for a time. . . followed it down a path until she could go no further with it. It shows her intense and curious nature to exhaust a material in that way. . . literally burning herself out on a single material. I do admire that, for some reason.

Would you describe Celmins’ work for those unfamiliar with it—you can discuss either a specific piece or in general, but try to capture what makes it significant and interesting. Please be as technical (or not) as you like—I’d like to come as close as possible to seeing her work from your perspective.

Ah, that will be difficult to do! Even if you’re looking at Celmin’s work in a book or on a computer, it’s so far away from what it really is like. I will describe it as: delicate, quiet, minimal, representational. There’s not much going on, but also so much going on.

I’m also curious about the idea of influence—particularly to what extent artists are drawn to works by other artists that articulate nascent ideas or sensibilities already within the artist, or if those ideas or sensibilities are created by perceiving works by other artists. In other words, are we drawn to works that are familiar in a sense because we’ve struggled toward them in our own work, or are we drawn to works that astound us with new possibility? So do you see your work as influence (directly or indirectly) by Celmins’? Or are you drawn to her work because of a shared sensibility? (Or none of the above?)

I think definitely both. I am attracted by her work because I relate to it and it pleases me. . . perhaps Vija and I share some of the same sensibilities. Some things you just see and you know you like them. You know they’re for you, you know?

More specifically, if you had to point to one drawing or song you’ve created to use as an illustration of the qualities you are drawn to in Celmins’ work, which would you choose?

If I had to pick a song, maybe I’d say “Be Good” from my 2012 record Be Good. It’s repetitive, dark, minimal, textural, earthy. . . sort of gritty, but also pretty somehow. At least that’s what I think.