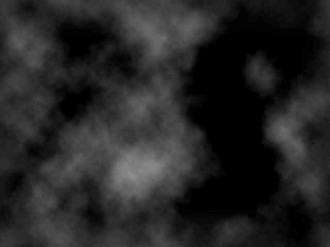 So before I discuss Germ, I wanted to talk a little bit about black metal. If you have no interest in this, just skip down to the heading “Germ – Grief.” If you have no interest in doing even that, I would question your reason for being here and suggest a consuming hobby like miniature ship building. I wanted to discuss black metal because, quite frankly, it is a lot of different things to a lot of different people. For this reason, problems arise when people forget about it’s diversity. To some, it’s an alienating form of extreme metal that was at the center of a 90’s Norwegian scandal involving church burnings, cannibalism, and murder perpetrated by a bunch of costumed teenagers. To others, black metal is a raw and aggressive form of heavy metal that was born in the 80’s and has survived, without much attention, on a diet of riffs, darkness, and lo fi production. To others still, black metal is an experimental genre-bender sometimes pulling in periphery styles, which has little relation to heavy metal and breathes a general air of weirdness. Black metal is all of those things and, much to the chagrin of some of its fans, never just one.

Black metal thrives in its diversity. In 2013 alone, we can see an array of styles ranging from the ultra-hip Deafheaven, to the fantasy obsessed Caladan Brood, to the frighteningly existential Paysage D’Hiver. Labels like Profound Lore, Nuclear War Now, and Century Media all release black metal records, but their styles couldn’t be more different from each other. Reading black metal reviews can be confusing as descriptive words, when compared, seem to be at odds with each other. While I am about to use words like “shoegaze” and “pop sensibility” in the review below, it is important to keep perspective and be reminded of black metal’s scope and how Germ is not like the others. It is also important to recognize that the others are also not like the others. Germ’s newest release may be an outstanding record within a microcosm of related sounds, but it is never indicative of everything that is happening at the same moment. It is just a great Black Metal record among a fog bank of great Black Metal records.
Germ – Grief 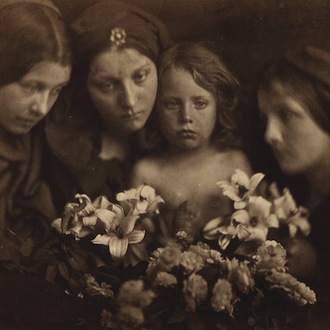 Germ, much like black metal, is many things. Germ is Tim Yatras, who has lent his talents to the Australian black metal act Austere as well as the collaborative duo known as Woods of Desolation. Both Austere and Woods of Desolation come from the same background of depressive black metal, where atmosphere and the constant rain of guitar texture populate the landscape. The music is emotionally draining as the lyrics are far from optimistic. Germ is different in the fact that the depressive atmosphere breaks, and much like the clearing of storm clouds, reveals a more accessible landscape. A landscape with the hope of sunflowers. When I say more accessible, I am not discussing the vocals.

Germ is distinct for its combination of mid tempo post punk sound combined with shoegaze effects and some of the most memorable vocals in recent memory. Aside from Mark of the Devil’s vocal talents in the newest Cultes De Ghoules record, no one has the ability to make the voice transparent like a goddamn banshee. This, in addition to some baffling pop melodies, makes Germ and his albums either a treat for some or a source of head shaking for others. Germ’s 2012 debut, Wish was confusing to many people. Though the release had Yatras’ distinct pterodactyl rasp, it was also filled with a heavy space theme, as well as the aforementioned pop hooks. Add to this an overabundance of emotive syrup and one has a puzzling record. In fact, I have witnessed people turn on their heels and walk the other direction during the chorus of “Asteroid of Sorrow.” The point is that Yatras has made it his goal in life to make black metal records the way he wants to and use them as he sees fit. Yatras’ dedication to just doing whatever the fuck he wants is indicative of the last decade for black metal. Much like a carpenter who is reaching blindly into his tool chest, Germ is dead set on loosening this screw with a hammer.

Despite some people’s puzzlement over Germ’s debut, a general excitement was felt with the release of its follow-up. Grief is very much like Wish in that the standard template is a quasi black metal atmosphere. Though the popular blast beats are pretty much absent, Germ’s mid tempo jaunt gives much room for other, more interesting additions. Just in the opening track “Butterfly,” a crisp piano melody can be heard over the swooping death dives of the vocals. I keep saying “pterodactyl” as their is no other animal which quite captures the primal nature of the dinosaur-like vocals. there is nothing else which captures the primordial fear of Yatras’ range. One of Grief’s most endearing qualities is how it fully presents itself within the first three tracks. Electronic elements? Yes. Clean melodic vocals? Yes. Shrieking unfiltered vocals? I wouldn’t be here otherwise.

Grief’s strengths lie in its structure as well as its negligence to pander to what others expect in black metal. While I just spent time talking about its accessibility, Grief’s running time and general atmosphere is taxing if you are not familiar with some of the style’s more abrasive elements. This is a destructive record that not only combines tenderness but dark revelry, which celebrates chaos and emotional abandon. Germ possess the tenets of black metal but now come in the form of sharp pop specters. “Beneath the Cliffs” and “Withering in Hell” are perhaps two of the albums strongest songs and they lie in the back of the record. This is funny because some will never make it past the midpoint of the record. If one can traverse the near 70-minute running time with the patience to get through everything just discussed, then Grief will be an absolute dream.

Grief is a fantastic record that not only shows black metal’s diversity but also its mileage since the 1980’s. Yatras’ care and attention paid to shoegaze and other elements not usually associated with heavy metal are blended seamlessly with elements that are more traditional to the style. With that said, Germ’s success is not an indication on any one narrative. I hesitate to use words like “enlightenment” or “renaissance” when describing this type of music and this time for fear of being a pretentious ass. In fact, I feel all eras of black metal have been fruitful and full of interesting releases — yes, even the late 90’s. What I can say is that black metal has grown much quicker and with more vigor than any of the other underground and mainstream styles of heavy metal. Despite others either embrace or contempt of certain contemporary black metal styles, one thing that can be agreed upon is the style’s uniqueness and potential to always be “not like the rest.” Germ’s Grief is a testament to that fact and is a strong contender for one of the more interesting, or most easily discussed, black metal records of the year.