I don’t know his title, use

or Porcelain Thane.
What do you think the absence, what

do you think the absence reducer Doke
or Porcelain Thane

has for plaything? Not a rubber
nor a sstick, nor anything of the kind
it is freebies. Freebies –the simplest reward method possible–

acting together ensure he

is notified within 24 of relevant losses, info proper to his immediate needs yet overused and still insufficient. When

absence reducer Doke or Porcelain Thane feels
he will go find the bank where he left it after his last frolic; then he will shake it as if he

all the bread out,
a non-change of habit related to SECURITY that has triggered many new habits.
In this space

The persons of old people especially sometimes contain spots void of sensibility. An
apparatus   after it’s cared for itself!!   is

told, After you’ve cared for yourself again, exploit these. There is

indifference, which is a “size” for this

apparatus. One end of the box is

loaded with dried peas allowed to run down this

tortuous passage. The professed prickers use a pin the point or lower part of which is,

on being pressed down, sheathed in the upper, which is

hollow for the purpose, and that which appears to enter the body dis

not pierce it at all.

What loaf in a cavity on earth? 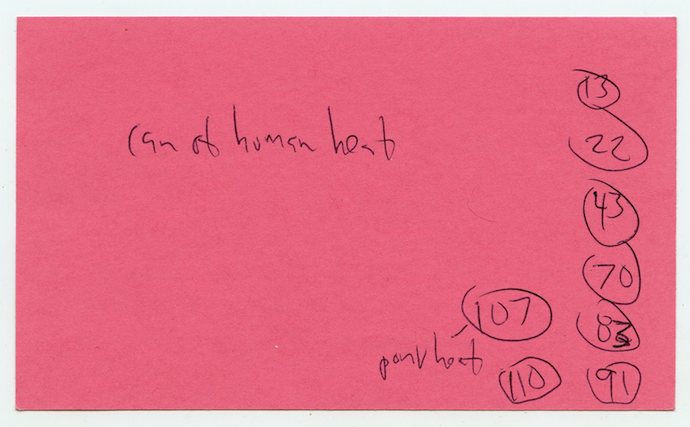 Gave away rare old things, emerging from that unlivable hole to bewilder
neighbors I didn’t know

a special ref “compliments of your hospital”,
soup spoon with a bell attached, two wooden blocks, marked A and B
I’d place a fly on block A and strike smartly with block B

My kingdom for an effortless bowel movement
just to be a regular guy
If I work one week tonight
Special Situation No. 7: You have to move

huge object in order to work. More than anything miss my foot

4 glorified screw-eyes hold us in place, both grateful that’s an interior wall in the next
act, everybody but the Turkey grateful I work early.

Stop in a little rosy cleft to be
crisp young balls–

prepared to get luncheon, my fanny’s immediate future at stake–

prepared to get luncheon, my fanny’s immediate future at stake, I stop in a little rosy cleft
to be crisp young balls at play

am here considering in its moral,

social and sanitary aspects my plastic shed
9 feet by 5 in width, where seven persons slept, and six

now sleep,
the greater part of the Dog-row

moments before we received the foul contents of a single ditch and, within seconds,
began to die off, all of us laughing at the vast voice blaring out of the sky from every
direction with advice— 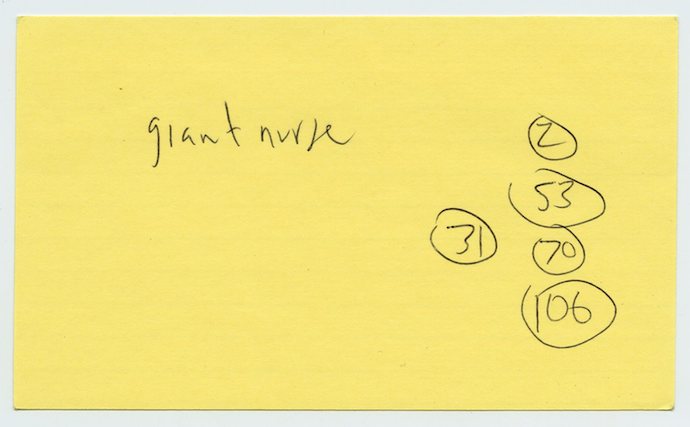