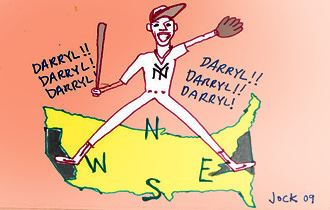 Richard Parks grew up across the highway from one of the rougher hoods in Los Angeles, Crenshaw (as this editor knows, I used to teach there), and Crenshaw High is where Darryl Strawberry honed his talent on the baseball diamond before jaunting back and forth to New York as both a Met, a Yankee, and an interim return stint as a Los Angeles Dodger, a period that would also introduce him to his arch nemesis, crack cocaine.  It was during Straw’s Dodger days that Parks, aged 9, first fell in love with the old American pastime (too young for Nirvana yet), and Strawberry was his first hero.  A couple of newish books chart Strawberry’s checkered, storied career involving drug use, redemption, fall and redemption again. Loosely referencing those texts, Parks here mostly recalls his memories as a young fan and the changing city he knew at the time. 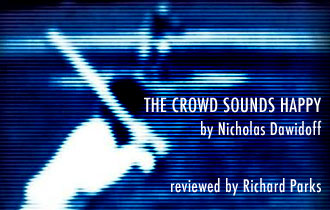 Review of The Crowd Sounds Happy: A Story of Love, Madness, and Baseball

Baseball is best viewed live, though it’s also a comforting respite on a lazy day spent sprawled out on the living room couch. Speaking of couches, have you ever talked baseball on the couch at your shrink’s office? Did that baseball talk give you the answers you needed to reconcile a painful love/hate relationship with your father? Well probably not. But if so, or if you at least find the baseball-as-psychological lens interesting, you should check out Nicholas Dawidoff’s latest memoir The Crowd Sounds Happy: A Story of Love, Madness, and Baseball, reviewed here by Richard Parks. 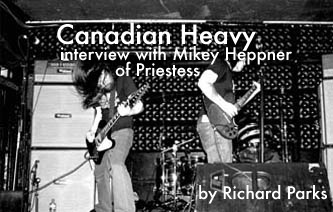 Richard Parks (normally a banjo and mandolin kind of man) talks to Mikey Heppner of the Canadian band Priestess about French mistranslations and the supposed cohesiveness of the Montreal scene, and is inspired to accompany his interview with some illustrations of classic hard rock poses. Photos by Parks as well.

Richard Parks purposefully tacks off course in an intimate interview with artist Charles Ray, talking all sailing (and nothing about art), but then who’s to say this isn’t the best approach? 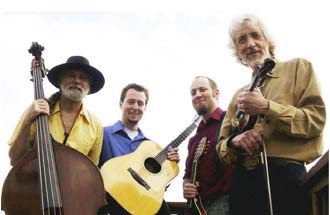 Richard Parks, a classic languages and bluegrass music enthusiast who often describes himself (incorrectly) as a drunk 5 year old girl, reviews the work of one of his friends and favorite artists, Richard Greene, fiddler extraordinaire.