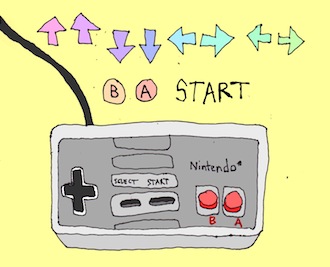 “We have made the desire to behave without rule a malady, and creative and efficient obedience the most respected form of behavior in game culture.” SPOILERS. 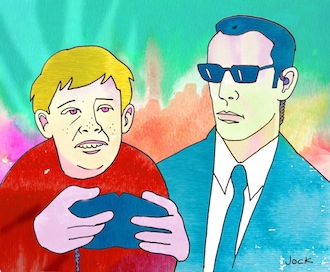 Videogames Are Where The Violence Goes

Which came first: a violent society, or the art which reflects it? The problem with attributing violence to videogames and the case for offering them up as a scapegoat. Also Coleridge: “In politics, what begins in fear usually ends in folly.” Because, Coleridge. Art by Danny Jock.

Cook Dirty for Me: Perversion and the Art of Haute Cuisine

A post-feast feast of words to keep the gluttony alive through the holidays, Michael Thomsen examines the artifice of gastronomy and the artists behind some of its most compelling perversions. 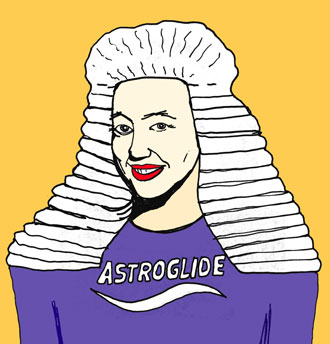 My Kingdom for a Sexologist

Does a little online chicanery a sexpert make? Or is there a legitimate borderland between science and the philosopher’s albatross? Michael Thomsen searches among manifold claims to authority for a legitimate sexologist. Art by Danny Jock. 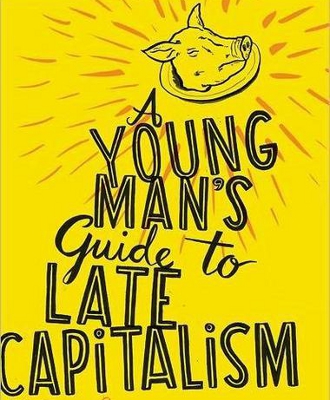 Romancing the Douche: On Peter Moutford’s A Young Man’s Guide to Late Capitalism

Writer Tom Bissell has argued that the often poorly regarded genre of the political thriller (think Graham Greene and John le Carré) has something valuable to offer in the—forgive me—post-2001 era, in which international relations have regained their urgency. Peter Mountford’s first novel is in many ways part of that tradition. Here, the intrigue is financial speculation set in Bolivia in the month leading up to Evo Morales’ 2005 election, in which Morales’ campaign promise to nationalize resources presents opportunities for profiteering. Like Graham Greene, who worked as an agent for British intelligence, Mountford was inspired by his experience working for a think tank in Ecuador—which he later discovered was also running a hedge fund. Responding to this book whose primary motivating factor is desire for money, Michael Thomsen finds it wanting.

Love and Tranquilizers in Madagascar