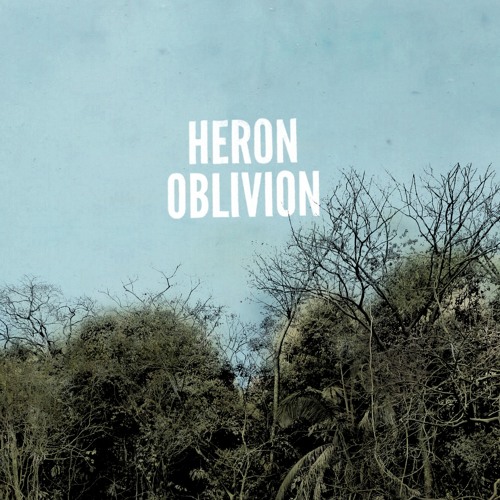 I’m sitting in the atrium of the Georgia Botanical Gardens writing this, at a table that sits on a long elevated sidewalk 20ft or so above a winding concrete path lined by all kind of exotic trees and plants. They have wi-fi here, and a small cafe in case I need more coffee, so I spend most of my Fridays here. Fridays are the day I get to write, from 8am-4pm, while my wife spends her day off watching our little boy toddling his way through toddlerdom. I’m wondering where you’ll be reading this. What your day is like. What compels you to listen to music, or to read about music. I hope you’re doing well. Have you ever sat inside an atrium during a thunderstorm, with high-walled windows all around you? It’s really cool.

These albums were all released in March. Scored on the world famous Album Roundup Binary Evaluation Scale. Because gradation is for graduate-schoolers. 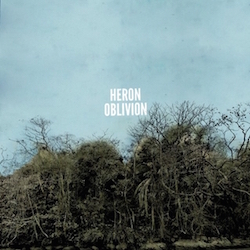 Heron Oblivion is west coast fog and impending catastrophe. NoCal beauty coupled w/the knowledge that you’re one geological rumble from oblivion. With an opening guitar arpeggio lifted straight from The Cure, this stoner-rock semi-supergroup (ft. members of Comets On Fire, Six Organs of Admittance, Espers) makes an album as good, if not better, than anything they’ve ever done separately. And that’s saying a lot b/c Comets On Fire was simply one of the best bands of the past decade, so good that I instantly dismissed Tame Impala as a bunch of lame, stammering simps when I first heard them.

‘Oriar’ straight-up slays. It’s enough to make you believe in rock as a form of transcendence, with some ripping wah-wah that makes Hendrix sound like a hack. ‘Faro’ introduces a bubblegum rhythm into the chaos that might be the coolest thing I’ve heard all year. Singer Meg Baird does a grittier Linda Perhacs over the top of all the noise, and it makes for a perfect yin-yang balance of violence & sentiment, beauty & smear.

Misplaced Hype Of The Month:

Such a slow month for music, an endless series of low-profile releases, that it feels churlish to devote this space to slamming the shittiness of a bunch of nobodies like, say, Cobalt. Eeven if they did get an 8.4 from a once-reputable indie music site that now, after their most recent redesign, looks like an ugly-fonted garbage dump of endless clickbait framed by an eternity of whiteness. When people wonder what’s wrong w/ journalism, criticism, the world, etc., just whisper these three words to them: ‘Original Page Views.’ 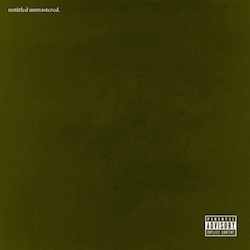 Last year’s artist of the year gives us some leftovers to pass the time. The whole thing sounds pretty mastered to me, but it’s definitely untitled, w/ song names closer to Cage-like conceptualism than anything else (my favorite song this week is ‘untitled 06 | 06.30.2014’). These are as great as the album they didn’t make it onto, and gives more weight to the argument for Kendrick’s greatness, even if at times he sounds worryingly more like a slam poet than a rapper. Anyway, if you care even slightly about music, you already know all about this guy. But if you’re a fan of Kendrick and you haven’t heard Vince Staples yet (and based on internet chatter, there’s more than a few of you), go do yourself a favor. He’s every bit as good a vocalist, and the soundscapes might be even better. 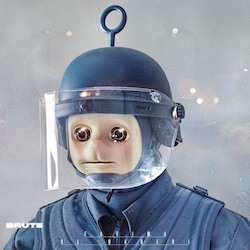 The album cover alone—a teletubbie dressed up as riot police—is worth the price of admission. These dark electronic instrumentals make an excellent soundtrack to all your police-state anxieties and the US political implosion we may or may not be about to witness. At the very least, Democracy Now (excuse me, I mean Democracy Now!) should toss the lame shit they currently use for theme music and replace it with this. And while I’m thinking about it, they should also learn how to effectively read from a teleprompter. They offer classes for that stuff, you know. Anyway, this record is ominous & haunting the way the news would be ominous & haunting if you weren’t able to like instantly find something else to distract yourself from the horror. Hey look! Baby tree sloths! 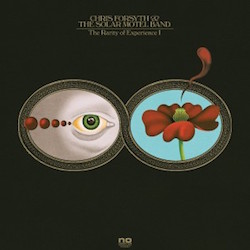 Traffics in a similar vein as the Album Of The Month up there, only not nearly as transcendent & mind-blowing. But it’s still pretty good. I mean, there can only be one album of the month. But still, this one’s got too much Horse, not enough Crazy, y’know? Or maybe too much Revival, not enough Creedence? Actually, now that I’m thinking about it, I don’t think I like this at all. 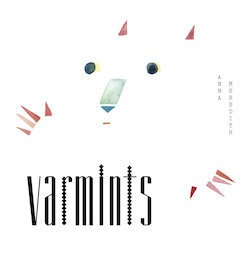 Electronic experimentalism that percolates & surprises in all the right places. There’s a bright playfulness here that’s kind of refreshing given most of this stuff tends to be overserious & modernist to a fault. There’s even singing that hints at indiepop and, on ‘Taken,’ steals the chorus from ‘Lithium’ in a way that is every bit as cathartic & fine. Greatness. 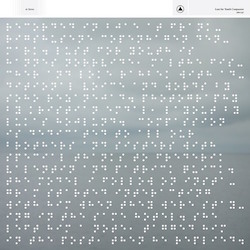 They’ve polished &  & optimisticalized their sound until it positively shines. Imagine ‘Enjoy the Silence’ filtered through extremely bright sunlight. Only without the hooks, the depth, the emotion, the yearning, the personality. Yeah. That bad. 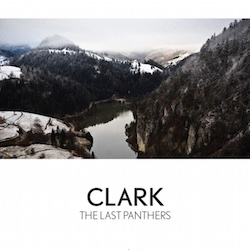 I tend to use the word ‘soundtrack’ way more than I should whenever I write about music w/o vocals. But this one actually is a soundtrack. To some European TV show apparently (coming soon to the US!). Not a documentary about soon-to-be-extinct felines, or revolutionaries for that matter, it’s about some Balkan jewel thieves called the Pink Panthers (the name’s from Interpol, so don’t blame the jewel thieves for being unoriginal). Anyway, the music here is dark & brooding and sounds like people sneaking around and having a series of slowly unfolding epiphanies. I might check out the TV show though. Look forward to reading about it on LA Review of Books. 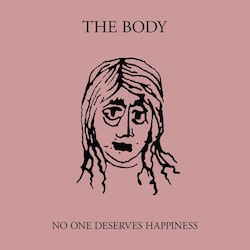 The Body – No One Deserves Happiness (Thrill Jockey)

The title reeks of the worst kind of pseudo-profound bullshit you get with a lot of metal, but the screaming on this record—high-pitched & hysterically desperate—is so real that I can forgive anything, even a title like ‘Shelter Is Illusory.’ And then there’s the 808 drums, the rampage of ‘For You,’ the way Chrissy Wolpert’s voice cuts through all my cynical defenses, and I realize we’re a long way from metal and I’m nearly in tears, and that I almost allowed my deeply stupid genre prejudices to keep me from finding a great album. 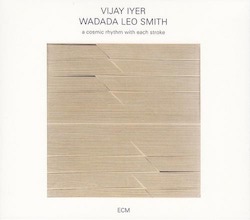 Vijay Iyer – A Cosmic Rhythm With Each Stroke (ECM)

Sadly not a concept album about dancing with Julian Casablancas and the boys. This is mostly pretty, meditative jazz for people who like their trumpets fragile and full of soul. Me, I like my trumpets fucked-up & broken—the world I’m living through right now is just too flat & ridiculous & doomed for me to do anything but admire this from afar. But still, by any objective standard, this is seriously goddamn admirable. 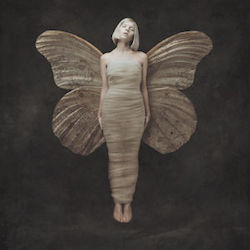 Aurora – All My Demons Greeting Me As A Friend (Decca)

There’s nothing concretely bad about this record—a song like ‘Conqueror’ has its hooks in all the right places—but Aurora Aksnes’s voice makes me simultaneously roll my eyes and curl my toes. And maybe that’s just my subjective tough shit, but when it comes to our individual journey through this life, the subjective-ness of said journey may be the only thing that’s empirically real.

James Hinton, aka The Range, makes electronic music that’s perfectly competent but far from groundbreaking, The vocals he culled from the more anonymous corners of the internet are emotionally devastating and add a weight to the music that wouldn’t otherwise exist, so if this breaks big expect to see a flurry of thinkpieces debating the exploitative/colonialist aspects of Hinton’s methods. Me, I find the whole western capitalism thing always/already exploitative so if we can get some decent music out of it I’ll take what I can get. 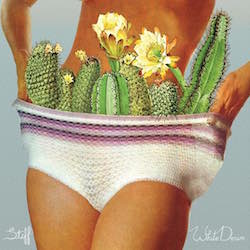 Pretending to be Grand Funk Railroad, or maybe Deep Purple.. As someone old enough to have lived through tongue-in-cheek retro-rock stuff like Urge Overkill, Redd Kross, et. al., I wish these guys would take all their clothes off and go jump on a chainsaw.

James – Girl At The End Of The World (Universal)

Robert Pollard – Of Course You Are (Fire)

Violent Femmes – We Can Do Anything (PIAS)

There is so much cool interesting music being made right now and stuff like this—a bunch of men who haven’t had an original idea in (at least) 20 years— is just clogging up the media pipeline, taking space away from those who could use it. Because this stuff might sell. Because familiarity breeds a couple bucks. This shit is straight-up www.coolindierockdad.com and shame on anyone under the age of 50 for even acknowledging its existence. ‘Legend’ is just another word for ‘creatively dead.’ 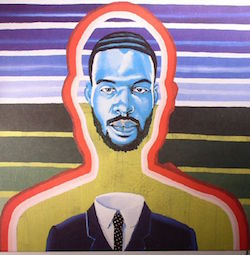 Sounds great, if you’re into synesthetic tones and three-dimensional sound you won’t get off the couch for days. Me, I could use a little more ‘content’ in the ‘foreground,’ but that says a lot more about my deficiencies than Kyle Hall’s.

All reissues get a 1 b/c what’s the point in looking at the past if it’s not going to improve your present. 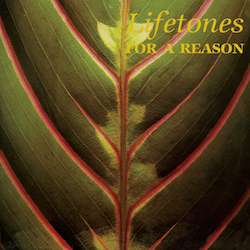 Lifetones – For A Reason (Light In The Attic)

One of the This Heat guys (see last month’s Roundup for more about This Heat) makes an EP in 1982 that sounds like peak-era Can goes tropical dub, except better. 33 minutes of yearning uplift that sounds piped in from some post-apocalyptic island where the sun never sets and the coconuts are all on fire.

You know that feeling when you’re so totally engaged & connected to the cosmos that you forget to move, forget to breathe, forget to blink? You understand everything so completely that you realize it can never be articulated? FSA knows. And on these albums they managed to articulate it. If you’re feeling psychically clogged, your third eye covered completely over by mold & dust & stucco, put these on headphones, go lie down in a field somewhere, and get yourself centered.

My deepest, most prolonged exposure to country music coincides w/one of the darker periods of my childhood—living in rural south Georgia age 8-10,  corporal punishment & parental neglect on a daily basis—and so I’ve always had an uneasy relationship with the genre. But this stuff is more John Fahey than John Anderson. Maybe not as strange or as wayfaring or as cosmic as I’d like it to be, but it’s got enough of the Middle-Aged Weird America to slow my bleeding ulcer and get me through the day. 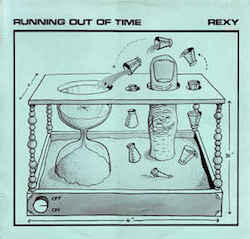 Rexy – Running Out Of Time (URU)

The sound to all your chipper late 70’s retro-futuristic synthpop dreams. At times this sounds like I’m back walking past the mall organ store in Phoenix Metrocenter killing time until my mom gets off work at Waldenbooks. It’s totally free & unselfconscious & fun—‘Funky Butt’ sounds like Ari Up trapped in the brain of a suburban cheerleader. There’s two scathing music industry indictments, and the title track’s a masterpiece.