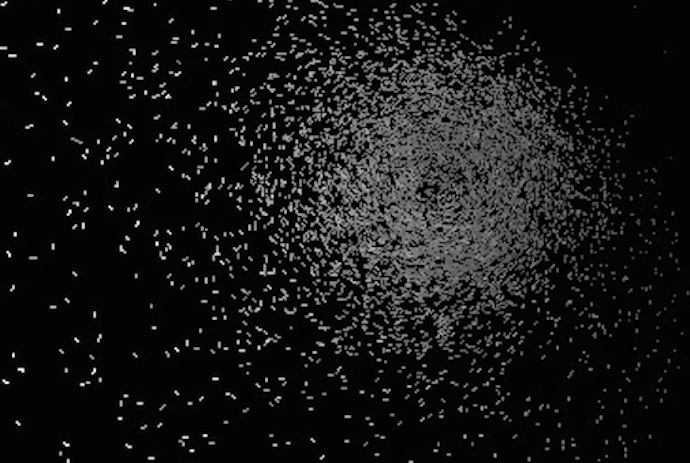 I CAN SEE UNDER BUT I CAN’T SEE THROUGH

It seems important to say “I don’t know why I love you
so much” and to keep saying it instead of, eventually,
knowing. It seems important to wonder how we’ll order
contact lenses after the event horizon. You go ahead
and put “Wow” for the reaction and I will secretly
translate it as “Whoa.” Insistence is an alienating quality,
the first and last refuge of the humorless, says the luxury
of survival. Dust your heroes. Hark the dark.
The universe as an icebreaker exercise at a table
of nervous new universes. With whose blood were
my eyes crafted. Is every song necessarily a reintroduction?
It seems important that you and I were both in what the song filled,
but we both turned at the call. The lemon tree, the soda can tab,
the almond trace filter. Clean air station. Infinite macaroon.
Rain with a coastal smell. Even your sunburn is beautiful
to someone not wearing it. Is every Doritos a little story?
Everybody in the circle take turns trendsetting one thing
they would like everyone else to forget. You can care twice
but then you start counting. It seems important to resist
the survival exercise. “I can’t tell if I’m surviving or
practicing what I learned.” If I get really tired, I have to watch
what I say. The arc of the universe isn’t even an arc.
Whoa the ad when I clicked on this said minimize identity
as a threat factor. With whose blood were my heroes
dusted. Insist on rejected almonds, unwashed rain, the non-
macaroon, the perfect-as-a-cave lemon flavored Dorito.
Have you given anyone a reason to love you
today? I don’t know, but I still do. On the roof,
did those red flowers get put there by themselves?

No closer than the last
time we met

Jogger climbs over the guardrail
like an airport over a river

No closer
than the last time we met

Mike Young is the author of Sprezzatura, Look! Look! Feathers, and We Are All Good If They Try Hard Enough. In 2015, Black Cake Records released his first album, Imagine a Fire You Can Wear as a Coat. Young publishes the free online/print literary magazine NOÖ Journal, runs Magic Helicopter Press, and lives online at http://mikeayoung.tumblr.com.