Wolf is a River in Germany 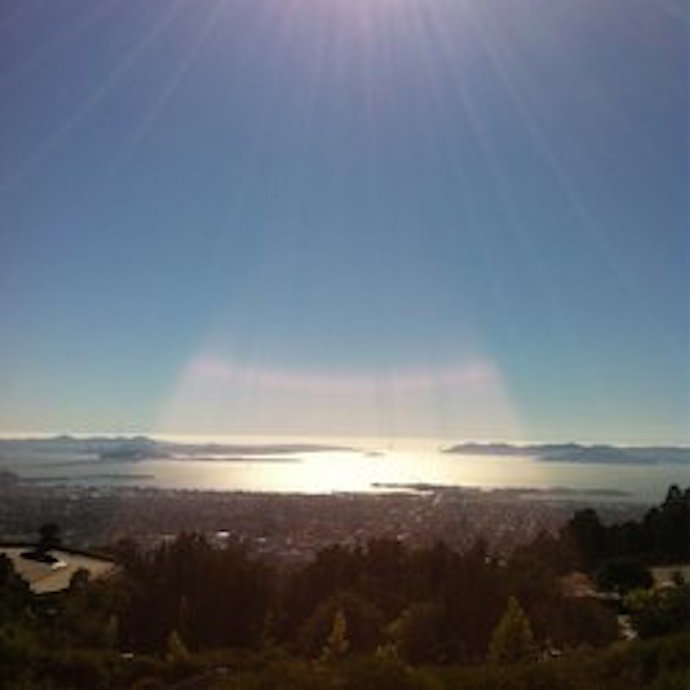 Wolf is a river in Germany. On the river’s shore in the Black Forest in the German state of Baden-Württemberg is the town of Oberwolfach. The town is nestled in a deep green valley. Its homes and shops are largely indistinguishable from one another: painted white, peaked red shingle roofs. Photographs of Oberwolfach could easily be mistaken for being of a village in the Alleghenies. And in this seemingly familiar town in Germany is the Mathematical Research Institute of Oberwolfach.

The institute looks like a country club compound built by NASA. The way the place was explained, in a conversation I overheard on a nearly empty flight from Omaha to Seattle, was “it’s like the Santa Fe Institute, but just math.” All I know about the Santa Fe Institute is people like Cormac McCarthy and Sam Shepard take up residence, attend lectures on subjects such as physics inspired methods to understanding big data, eat lunch with scientists, and retire to their provided work spaces to construct their own fictions.

The Mathematical Research Institute of Oberwolfach explains itself in this way:

In mathematical research, interchange of ideas plays a central role. The high degree of abstraction of mathematics and the compact way it is presented necessitate direct personal communication. Although most new results are nowadays quickly made available to the mathematical community via electronic media, this cannot replace personal contact among scientists.

The MFO (abbreviated from the German: Mathematisches Forschungsinstitut Oberwolfach) does not seem interested in harboring famous writers, any writers. It’s possible the MFO could get the German equivalent to Shepard out for a tour, but, I have my doubts that such a man even exists, and if he does, I doubt he would be of use to the MFO. The German institute does not appear to value interdisciplinary study in the same way as the American institute. Mathematicians and scientists are welcomed to the MFO, but not musicians, painters. The MFO uses the words “mathematician” and “scientist” interchangably. This was going to be a story about an American man, not a mathematician, who travels to the MFO, is given a brief residency and– who knows? That might still happen. Though, I see now, all I wanted was to begin a story with the line “Wolf is a river in Germany.” If anything, it should be the opening line of a song:

Wolf is a river in Germany

And Dodge is the name of a car

Your grandpa, he needed a middle name

Raising his head, that’s what he saw

John Dodge Ribery, a name given, yes, but made too

Everything, darling is real: willed or shining through

Everything, darling is real: willed or shining through

“…this cannot replace personal contact among scientists.” Among scientists, he gets it; he’s not invited. But if he was. He arrives in Wayfarers, Wranglers, boots, holding a guitar case. Poses for a picture in front of the gleaming silver institute with the Leibniz Fellows, with the Director, and with Helmut Breithaupt, the caretaker. Helmut has never been dragged into one of these photos, but the visitor is insistent. Clearly an ignorant American. Ignorant in all relevant subjects. His ignorance and nationality are separate issues. More people on the board than he would’ve liked seem to know he initiated contact, via email: “What I have to offer the institute is the presentation of a concept I use in the process of my songwriting that I think of as ‘decisive unknowing.’ The constant inclusion of suppositions in the writing of narrative pop music. This is more than lacking a plan and different than choosing arbitrarily what to write down. I am saying this is consciously not knowing, and embracing any decision as a viable path. By ‘decision’ I mean ‘sentence’ and by ‘sentence’ I mean ‘lyric’ and by ‘lyric’ I mean ‘word.’ This is a form of decisive abstraction from the narrative already existing in the half-made song, but also an abstraction that forms said narrative. This purposeful unknowing will not be unfamiliar to mathematicians and I will pay my own airfare and will need only lodging. I am asking for a venue to play a free show for your faculty, a meal or two. I will bring postcard-sized handouts with information on how to digitally obtain my latest record ‘Labrador Chronicle.’ And so if you have a card table for the postcards too. My schedule is open from June to August. Fall is negotiable.”

The man’s website had been surprisingly coherent, the music American-strange enough, foreign enough, for the board to approve a fifteen minute time slot on a lark, as long as he was not allowed to give anything resembling a presentation, and understood he was to play three songs and be done. The man would be provided an office with an air mattress for two nights, the dormitory would be full in July, and he would be invited to join the faculty and residents for meals in the cafeteria, free of charge.

I finish an abbreviated set on a small stage in an atrium near the front of the institute. The mathematicians politely clap and some nod encouragingly. There are three men with squarish front teeth laughing, but I choose to believe they are happy. My performance was brief, briefer than promised, because I’ve been double booked with a presentation by a former VfB Stuttgart Youth Director. He has bushy white eyebrows and blinks hard often. He waits alertly to give his talk in a red and white jumpsuit identical to what the current VfB Stuttgart first team wears in training. When I was singing, he nodded along to my music without expression. I take this as a compliment. His talk is not translated from the German, but his passion is evident. I imagine he is explaining how identifying athletic talent in young men is instructive in other identification quandaries in life. He might believe speed can’t be taught, though I am not certain how this would translate outside of sport. I’m guessing he said “sport” and not “sports.” After the former youth director’s talk he gives me a thumbs up, I’m assuming for the music, which he didn’t have to do. I return his gesture. There is a hurrah from the mathematicians for our moment of mutual admiration.

I’d asked for a card table for my postcards, but apparently “card table” doesn’t translate. I lay out my postcards on the edge of the stage after the soccer talk is finished. But, the mathematicians do not linger in the atrium, and most everyone starts filing outside into the summer day, onto the grassy expanse in front of the institute that provides a view down into the valley. One would have to shield his eyes and search to pick up the movement of a car in the town below. Inside with me, a longhaired male faculty member, wearing a thick leather bracelet on each wrist, approaches the stage and picks up a postcard. He looks at the cover art for Labrador Chronicle depicted on the postcard, and asks, “Labrador, as in dog?” I’m guessing he has to ask because there is no dog on the album’s cover. Instead, there is a photograph of a child dressed as a cowboy slumped in a car seat.

I say, “No, Labrador, as in wolf,” trying to formulate a joke.

And he frowns, “Wolf means wolf in Germany. Labrador is dog. The office we provided for you is next to my own office. Please do not consider playing your guitar.”

I maintain eye contact with the longhaired, leather cuffed man, wanting him to know our talk, the one we are having, is among scientists, and I would not break that bond. I push a postcard into his chest and tell him, “I know that’s not what you really wanted to say.”

Alex Higley has been published by, or has stories forthcoming from, New World Writing, PANK, Hobart, The Adroit Journal, Burrow Press Review, and elsewhere. He contributed text to Alec Soth’s The Frank Album. A graduate of the Northwestern University MFA program, he lives and works in Phoenix.