We Can’t Go Back to Yesterday: Jeff Jackson’s Novi Sad 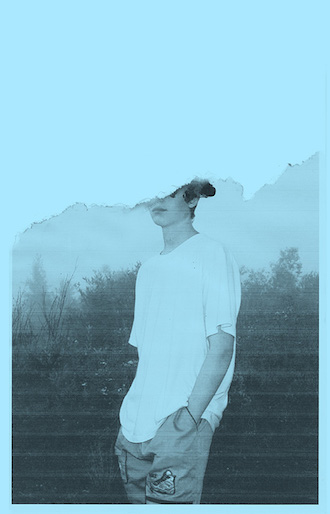 “We’re slow to recognize the signs,” Jeff Jackson remarks in the opening of his new novella, Novi Sad. “The reports of trash-soaked rivers that burn for months, the footage of barking infants stricken with distemper, the photographs of thousands of dead swallows swept into towering piles.” Like Margaret Atwood’s post apocalyptic MaddAddam trilogy or Claire Vaye Watkins’ Gold Fame Citrus, Novi Sad chronicles a world on the brink of collapse, where the rich and powerful are not subjected to the poisoned water, disease, and radiation stemming from conflict, where millions are displaced due to political instability and climate change. In depicting such terrain, Jackson has created a world eerily similar to yet different from our own, more decayed and hollowed out, but less technologically advanced.

Led by their ringleader Hank, Jeff and his friends take up residence in an abandoned motor lodge to wait for the end. Once the group is established, Hank assigns a long and detailed list of tasks. There are provisions to collect, preparations to make. Work is punctuated by bizarre images on the flickering television screen, of refugee choked highways and interstates, of world leaders crouched in underground bunkers, of bankers perched on window ledges sucking on thousand dollar bills, of flooded landscapes with rooftops peeking through the deluge. The group copes with sex, with chemicals, with self-harm. The end, when it comes, is anti-climactic, leaving the survivors to make sense of a universe where everything is over, trapped by their longing for what no longer exists.

Throughout it all, the novella’s setting remains indistinct. The epigraph indicates it could be Novi Sad, the Serbian city that has been devastated multiple times, or it could be an imaginary place. As a whole, Novi Sad feels both vivid and surreal, like a PTSD nightmare, following Jeff as he wanders, haunted, like Keith Neudecker in Delillo’s Falling Man, through a bombed out city populated by devastated residents, searching for his lost friends.

Novi Sad is also a companion novella to Jackson’s Mira Corpora, which can be read separate from Mira Corpora, but has many recurring characters, who may or may not be the same characters as those in his previous work, and is illustrated with photographs. As I read Novi Sad, it makes me itch to re-read its predecessor. I can’t help but wonder how many signs of decay we are slow to recognize in our own world, and I can’t help but love escaping into Novi Sad, searching for clues, particularly now.

Deirdre Sugiuchi is writing her fundamentalist Christian boot camp captivity narrative, Unreformed. She’s been interviewed about her reform school by Newsweek, the Raw Story, and NUVO. Sugiuchi’s work has been featured in Electric Literature, Guernica, the Rumpus, and other places. She lives in Athens, GA with her husband and son, where she curates the New Town Revue music and literature series.