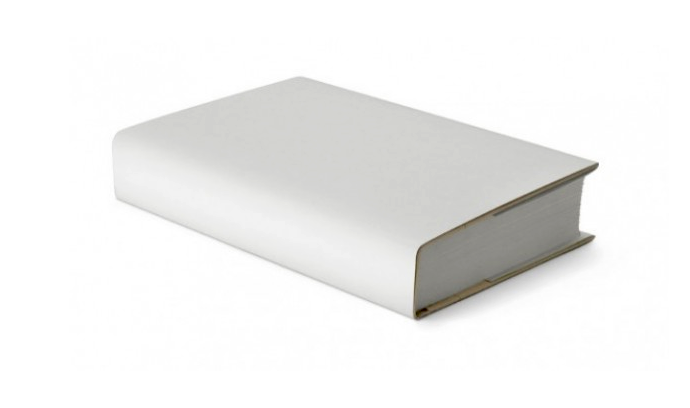 —Can you explain the title of your novel?

—The novel continuously being referred to as “Untitled,” and I’m only making quotes with my fingers so this gets on paper, is, for those who’ve seen me explain this on Charlie Rose, well isn’t technically titled “Untitled,” but simply not titled.

—So the novel is Not Titled.

—No, the novel isn’t titled Not Titled, or Untitled, like the way you italicize or put quotes around novel titles, but literally and categorically not titled, as in it inhabits itself intrinsically without a title; like, because we are talking in person, here in this lovely auditorium, when I say “not titled” you may be envisioning an italicized Not Titled, which is cool, because part of the reason I conceptually didn’t title my novel was because I could foresee this antiquated problem.

—Is there a reas

—That a book doesn’t have a title, yet still needs to be referred to somehow, like case in point verbally here, has implicated various problems in attribution, ownership, and the idea of something as a commodity. Here is not the time to get into Marx. I suppose him, or Duchamp, or John Cage, not to compare myself to them, but yeah, likewise had to tediously explain incipient philosophies. But yeah.

—I projected this would happen, and will concede to a somewhat contrarian degree of conceptual pretentiousness in not only not naming my novel, but reserving for myself the right to seem exasperated, as I might seem now, in having to explain why I didn’t title my novel for the thousandth time, despite the Paris Review interview that basically dealt with this exact issue.

—So, to clarify, just one last time: your novel isn’t Untitled, or Not Titled, but simply not titled, in the sense that there is a void where one might expect a title to be.

—So how would one, case in point, verbally refer to your novel?

—A solemn look might spread on one’s face, a subdued pallor of profound admiration, and he, or she, would say something like “The book, you know, the one without a title, the one that’s actually his memoir. He must have had a rough childhood.”

—I was at a reading last night and some of my younger female fans followed me back to my hotel room. My publisher got me an entire suite, even though I’m just one man. I probably don’t need to get too much into the details, since the entire incident was documented on everyone’s Facebooks and Instagrams, and I was occasionally tagged, but the roasted suckling pig was not my idea.

—And those are leftovers.

—Okay, moving forward. Whose decision was it to leave the front and back covers completely blank?

—Mine. The executives at Farrar, Straus and Giroux were against it at the time, since they subconsciously feel complicit to the very mainstream-ization of “literary fiction” their under or graduate auspicious educations once derided, but what was then my “boutique readership” had always been into difficult literature, so I had dinner with their art director and really nailed my point across. I gave them an ultimatum, that as a contingency to signing the contract, and receiving my outrageous advance, the front and back cover had to be entirely blank, except for the ISBN barcode in the back, which was impossible to get around, and incidentally, was developed by the ISO, or International Organization for Standardization, founded in 1947 just two years after the United Nations, also housed in Geneva, because I guess everyone was still a little freaked out about the war and trying to organize some borderless utopia, anyways I somewhat embraced, and still do, this idea that no matter how idealistic a venture is, true invisibility, or here I would even venture to say a kind of Buddhist emptiness, is not possible in a market-driven economy; the sole barcode in the back now functions as a perversion of my artistic purity. I still wish the book was absolutely blank, but I’m not unreasonable.

—I suppose this lends itself to the initial conceit of a novel that doesn’t bear a title, that the lack of a cover would also follow such rhetoric.

—Well, it has a physical cover, just not a representational one. The Wittgenstein footnote, the one about representative vs. naïve realism, goes into great detail to explain this.

—You mean the footnote which isn’t actually a footnote, per se, but a long monologue the narrator gives while waiting in his podiatrist’s office, the one which turns into a thirty-or-so page hypochondriac meditation on his foot.

—Yes, I understand. So then is the narrator Wittgenstein?

—The first person is but a mask. Every voice is ultimately in second person. You see? You.

—Canon sounds like dick, and oeuvre sounds like ovaries. I’m not trying to change the world. My writing simply challenges preconceptions of reading. It’s hard because I have to impose a hypothetical reader onto the writing experience, as if I were writing for someone as intelligent as I am, who fans unread pages of a new book at their face to summon that solemn waft of gratefulness and pity for the author, but these people are near extinct, to which the low sales yet critical acclaim of my novel might be attributed.

—Is this a meta-fictional novel?

—I’m subdued at the thought that my novel is being regarded in such a limited context. Bookforum tried to tackle this, but I was disappointed by the academic jargon and sans serif font. I would prefer it if people simply read my novel with an open mind, the way, say, the first people who encountered the Bible or the Qur’an did.

—What are you saying?

—I am the son of God, for literature, comparatively. That’s a joke.

—I’m also a humorist, as word of mouth has it that most of the more viral bits on The Onion are mine, and you didn’t hear it here, but like you’ve read part four?

—The fourth wall break set as a commentary, in which the reader is instructed to read it in their bathroom, which explains all the diarrheic allusions preceding the section, of which the reader now discovers to be part? The novel as organic, the reader as organism, the reading as orgasm?

—I got that from Joyce.

—Some readers found the passage to be a gratuitous bathroom joke.

—Some people have issues.

—The lack of line breaks throughout the entire novel is rather frustrating.

—Thomas Bernhard obviously comes to mind, but, and much respect to him, I feel mine was less an affected stylization, or aesthetic impulse, than something intrinsic in the reading experience, a kind of metaphor for its it-ness, in a Heideggerian sense. If being and time, or in his words, “dasein,” I’m probably not pronouncing that right, if “dasein” just is, like obtusely existential, without meaning, then wouldn’t somewhat antiquated notions like line breaks flounder at the site of an empty vessel?

—id a bunch of things I’m sure. Listen, difficult novels generally will require the reader to earn the experience, through not only month-long spans of critical attention, but in having to physically carry the relatively heavy object around with them, which is why I’ve refused to let it come out in Kindle, or even paperback. The novel should be a formidable inconvenience, an epitaph, not an epigraph. I suffered. People should suffer.

—And I’m assuming the eight point font size has something to do with all this.

—I think it may be time for some questions. Our assistants are coming around with the microphone, just raise your hands.

—Last week in Creative Writing we talked about how your father keeps blurbing the book, interspersed within the text, suddenly and without context, sort of like Hamlet’s apparition, like he just starts complaining about not just the book, but his son. This habitual voice eventually begins to take on the role of some kind of omniscient third, a rogue character rendering your, or I mean the narrator’s narration unreliable, sort of?

—My father and I aren’t on speaking terms, so I speak through him the way the survived might summon a ghost.

—Over there, yes on the right.

—Could you talk a little bit about the spellcheck lines in the book? I heard that’s why the book costs $49 dollars, that it had to be printed in color, just because of the red lines.

—There were many typos in Finnegans Wake, and I always thought how insane the manuscript might have looked had Joyce written it during the time of word processing, and how easy it is to make up words, like “bumfuck,” and how, if there was a red squiggly line under it, the reader might imagine they were reading a manuscript. The implicit death of the copy editor seemed funny.

—Okay, I think we only have time for one last question. Yes, over there.

—The pages are translucent, dude. It’s kind of hard to see the words without being distracted by our hands underneath? And I saw those Instagrams too. They look young, and the carcass, not cool. Where’d you get your MFA again?

—After college, I attended an immersive residency in my parent’s basement. I ate at Denny’s and Wendy’s, but never found them. I masturbated to Japanese women who unwittingly became the victims of random but intricately timed ejaculations. At night, I drove alone, listening to the Beach Boys’ commercial failures, and thought about driving into my exes’ living rooms. I watched marathons of Law & Order, dozing in and out of sleep, waking to succeeding episodes which oddly still made sense, as if some grand narrative of transgression were being told in real time, inadvertently, in syndication, empathizing with not the victims, but their assailants. I realized that’s what we do. We love bad people. So I stopped being nice. I stole chicken nuggets, fish sticks, tater tots, and ranch dressing from Safeway. I said the N-word a lot. I rubbed my cock, sorry can I say cock, on panties in Target, in the dressing room, imagining their eventual marine waft. I considered joining the Nation of Islam, or applying to grad school. It was getting bad. The end of my sawed off shotgun looked like two inverted hot dogs. I was getting fat. Then one day I saw a ream of office paper my mom, who has short legs, had used as a foot rest. I had an epiphany, that a stack of paper could be anything. I wanted to write the best foot rest I could. That’s when my novel started, and my free time ended.

Jimmy Chen was a Canadian-born Asian-American writer best known for his novel Untitled, which won the National Book Award, Booker Prize, and PEN/Faulkner award, and has been translated into eleven languages. His uncollected short stories are collected in The Uncollected Short Stories of Jimmy Chen; or, Untitled, due out later this month. He died in 2014 in an apparent whaling accident.