Two Excerpts from You Are Make Very Important Bathtime 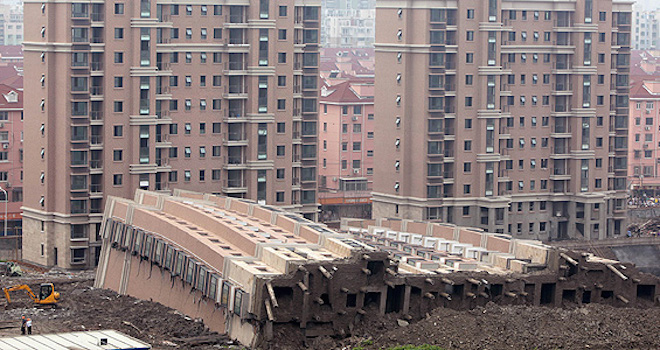 You are busy prepping with a truly nasty hangover for a class of green level kids, four and five year olds, you’ve spent the Saturday morning dignifying your condition and with perfect timing you hitch the 1:19pm train from Shimonoseki, the cement pillars of the endless concrete bridges arching over the lattice of cemented hills of the greying landscape, each station more cemented and drearier than the last, your arrival is punctuated by a larger than life half-rodent half-pig half-wit superhero encased in glass at Nigata station, you wind through the narrow paved streets behind the Shinto temple with its cracked bell, you ease through the sliding door of the classroom and begin setting out the rubber alphabet in your ‘Perky Kids’ carpeted room, perky, indeed, you are now sitting cross legged on the floor, a vertigo champion, pasting an Australian flag to a felt koala when the rush of a powerful sneeze shoots through you but you pinch your nose and mouth too completely, all that pressure has to go somewhere, so a concentrated hot jet stream of super fast moistness comes shooting into your one good pair of cotton briefs, this is not good, you get up immediately and throw the bathroom door into the wall so hard it bounces back and catches your forearm in the latch, you can now add limb removal to your rapidly growing list of reasons to panic, it’s 3:27, you’re lucky no one is there yet for the 3:30 start, typically there are already two or three kids in the classroom whose parents have dropped them off early, imagine the state of intense, overmastering fear when you realize what the back of your pants must look like, but through some fluke of luck, your trousers remain un-browned, pristine, how could you be so blessed, how could you not have a spare pair of briefs, that’s when you hear the car door open, and you know it will be seconds before a child sees the foreign, pantless teacher waving a pair of soiled briefs while singing with a Casiotone backbeat: Hello, hello, hello, how are you? I’m fine, I’m fine, I’m fine thank you and you? the car door shuts and you hear the footsteps of a child, the kid is silently removing her shoes on the genkan when you pull your pants on with your damaged arm but forget to zip, Hello! Come in friends, you sing as you wring out the underwear in the sink, then I was just doing some dusting, you say, running the damp briefs over an empty shelf, the father and his suit remain staring at your crotch as the girl plays with her toy cell phone and skips over the rubber alphabet, wordless, speechless, magnificent success, now it’s the end of the day, you’ve seen the last of your students to the parking lot where their parents retrieve them, you’re done with the bowing, the arigatos, all the false posturing of gratefulness, the last of the moms have driven away in their brand new SUVs, you’re back in the carpeted classroom, the telephone rings, the stern British voice on the other end says, This is Conner O’Malley, your Regional Supervisor, I’m calling to let you know there’s been a complaint from one of the parents about your recent behavior, do you know what this is about? he says, baiting you, I have no idea, you wisely respond, but I’m sure you’ll clue me in, you say, waiting for what seems an eternity for his response, he coughs and says, It’s come to my attention your treatment of one of our yellow level children was insufficiently sympathetic, she was crying and you were unable to calm her for the remainder of the lesson, he goes on, please remember that we are providing a service meant not only to deliver the highest standards in English language learning but also a comfortable and presentable cultural exchange so our students will remain with us for a lifetime of learning, next time please approach her from the side, he says, and you have no choice but to agree, you hang up the phone feeling psychically raped, you find the nearest convenience store and buy a geriatric hot dog that has been rotating under the lights for several weeks, a half liter of coke and a bottle of Suntory whiskey, you down it all on the ninety minute train to Nagasaki.

This is the cement apartment building complex where you live, building G, the residents jokingly refer to it as the Gaijin Ghetto, because the G building consists of apartments occupied solely by foreigners, on your floor you’ve met an Aussie obsessed with videogames who never leaves the virtual city due to a very convincing zombie quest, a Nigerian chess master and incessant vacuumer, a young Parisian with bilingual small press entrepreneurial ambitions, a gregarious Jamaican who always knows where the party is, and of course there’s Charlie, the ecstatic Italian with missing incisors, the ugly cement of the G-side is painted red, the color of emergency, it’s the Mason-Dixon line back from the dead, across the balcony is the F building, which is in fact the same building, but segregated racially for only Japanese tenants, you wish you were joking, you really do, but you’re not joking, not that this is the arrangement in most buildings but it’s clearly an accepted practice, a racially segregated line divided only by staircases on the ground floor, and here, on the “G is for ghetto” side, outside your door, there is a pair of loafers which belong to your Aussie neighbor, he uses the shoes to refill his gas heater, Charlie, your Italian neighbor, thought the shoes were yours, and borrowed them to wear as slippers while making pasta, you never did understand how an Italian got the name Charlie, but Charlie is obsessed with pasta, if you told him he fit the stereotype he would probably grin from the corner of his mouth then say in a softer voice, Bello, bring the olive oil for the pasta, Charlie makes the pasta every day, but not just any pasta, it defaults to spaghetti, you never knew him to make anything else, so when he says pasta you know what he means is spaghetti, I make the pasta, that’s really what he says, because the great thing about cooking with Charlie is that the sauce can be made from anything, Bring something for the sauce, bello, he would say, and you would show up with wontons, he would look askance, he has never seen wontons before, he says, We cut it up, we toss with olive oil and sea salt – beautiful, everything is beautiful for Charlie, you’d drop by with an old pair of jogging pants and he would try them on and say, beautiful, a shelf you don’t have room for in your apartment, beautiful, you hand him an abused copy of Smithsonian magazine, bello, it’s beautiful, beautiful, he says, there is a loud rapping at the door, Charlie opens, no one is there, but this stench wafts into the apartment, the words slip straight out of your mind, Charlie curses three times in Italian, they left a present, there on a paper towel, sits the bejeweled pile of steaming brownness, the guilty boy is running downhill towards the train station in an extra large t-shirt that hangs over his elbows, you can see him looking back over his shoulder at the G-side, Not again, you hateful bastard! Charlie yells over the balcony, but it’s no good, the boy is already on the platform, you can see him sticking his tongue at you, you feel like you’ve just aged ten years, You like-a chocolate gelato, amigo? says Charlie, with his missing tooth, more amused than anything.

David Moscovich is a Romanian-American writer who performs his texts both live and on the radio, fragmenting, ricocheting, and refurnishing language until it meets its own devolution. His novella of one-page fictions, You Are Make Very Important Bathtime, is available from Journal of Experimental Fiction and was nominated for an &NOW Award. A finalist for the 2013 Eric Hoffer Award for Best New Writing, Moscovich lives with chronic insomnia in New York City and runs Louffa Press, a micro-press dedicated to printing innovative fiction.