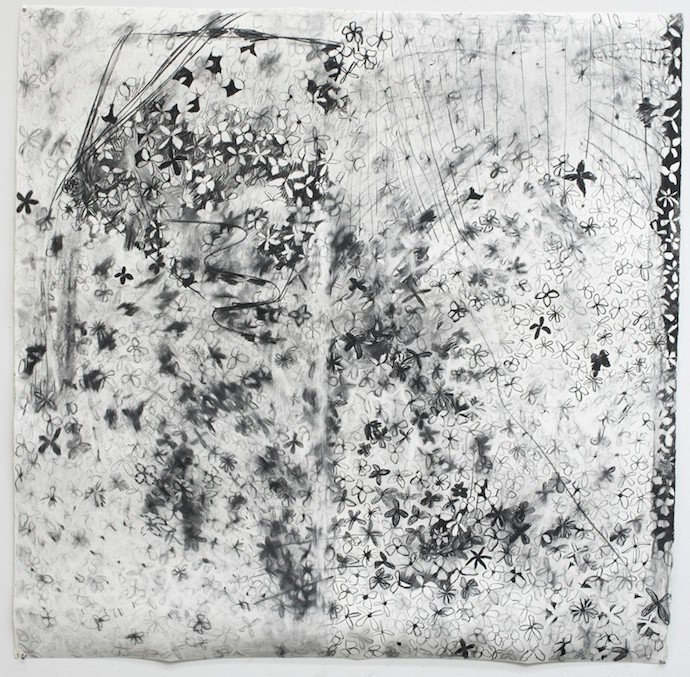 Enterprise. You want what you
want—in the morning, on the parkway,
propulsion. All cyclic dreams,
email drafts, tattoos never tattooed.
Work wolf with the jubilee. If all one needs is
Teeth alone! To go. Multilaterally unidirectional,
how’s that for a house of viscous gold. Wolf
to be given. Getting one small inessential direction, getting
it right. Look possibility in its discourse. Terrifying
and beautiful oblivity let me go. Wolf in the tunnels
beneath the ground, in the boneyard, the
morning sun. Sociality fibers strained time sheet
moraine. Fucking wolf. Editors of obscurity,
piecemeal lollipops. You know what the reason is?
To and fro, to and fro, a woken cessation where
nothing visibly bleeds. I once drank blood, in a backyard
surrounded by friends.

Daniel Owen is a writer and member of the Ugly Duckling Presse editorial collective. He is the author of Toot Sweet (United Artists Books) and the chapbook Authentic Other Landscape (Diez). His writing has appeared in Hyperallergic, Elderly, Lana Turner, A Perimeter, The Brooklyn Rail, and elsewhere.