The Lobster’s premise is absurd enough: single folks from The City are forced to live in The Hotel for forty-five days, or until they find a partner. If they don’t couple off within those forty-five days, they are turned into an animal of their choosing.

Directed by Yorgos Lanthimos (Dogtooth, The Alps), The Lobster is a slice of lunacy that’ll hit U.S. theaters in March. Lanthimos is the king of making his own worlds with his own rules–new languages, new laws, civilizations that are grounded in our reality but 50% warped and surreal. 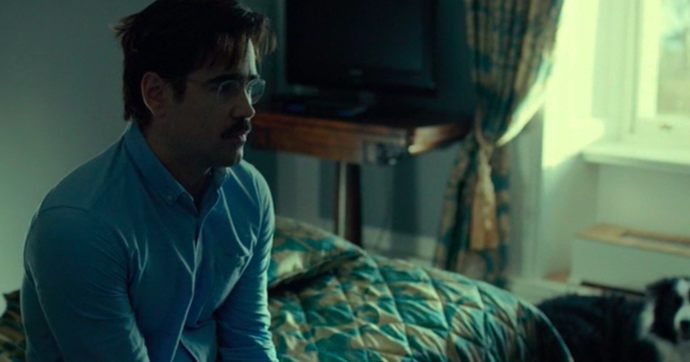 Colin Farrell stars, selecting a lobster as his animal. The plot hangs at The Hotel for some time, while Farrell mingles, mates, and gets a little violent. Then the film veers off into another part of Lanithimos’ world, a lush forest full of defectors from The Hotel’s rules. This leads Farrell to more cruelty, true love, and blindness.

Strengths here are in Lanthimos’ pacing–he leaves just enough time in each scene for the beauty to soak you through, but never enough for you to question the absurdity of his world. Every detail–from the frequency of nosebleeds to the blue-hue of the world to the bloody right leg of a woman after she’s kicked a dog to death–feels painstaking. It doesn’t hurt that monogamy is skewered at almost every turn. 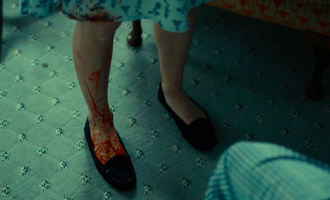 I can’t help but think of Donald Barthelme here, who was insistent that the best stories and plots are created when the author doesn’t know where the premise is going–the concept of Not Knowing. That feels like it holds true here–as if Lanthimos was struck with an idea and believed it, following it where it led him, to an ending that leaves coupling and civilization hanging in the air. It’s a film worth watching twice in one sitting.

After Jeff Jackson dropped some words on Louise Bougeois, I fell down a rabbit hole. I read The Cells: Structures of Existence and I Have Been To Hell and Back, then watched and re-watched and re-watched The Spider, The Mistress, and The Tangerine because I couldn’t get enough of hearing Louise flip shit and smash her own sculptures.

DIA:Beacon has an attic full of her work, so I hopped in the car with my friend Carly and we hit the Catskills region. The rest of the museum put me at odds–half of the work was so contemporary I ended up shrugging at it, while other pieces–like “Map of Broken Glass (Atlas)” by Robert Smithson–knocked the wind out of me. 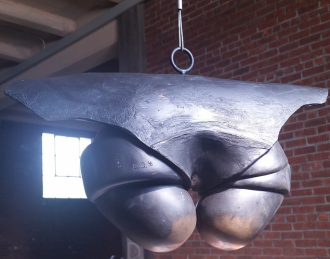 In the attic though, appropriately, was Louise. Set against brick, her work became more menacing, especially because the collection is largely made up of her lairs and metals. “Janus in Leather Jacket” killed me–a mash of genitalia under the wings of a leather coat.

Hanging in the corner was a bronze lair–from a distance, it looked like the body of a hanging cow after slaughter, but close up it was full of entrances and exits that recalled a wasp’s nest or a bee hive.

We made our way to the last room in the attic, which was the strongest. A massive bronze spider with sharp legs was waiting. It took up the entire space, caged, but dangerous. 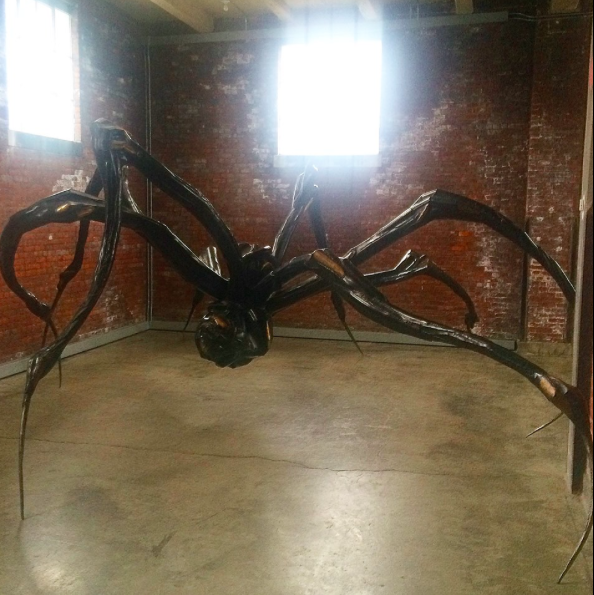 Part of her series of Maman sculptures, Louise wondered why people thought her spiders were a negative portrayal of her mother. To her, the spider was protective, creative, and delicate. But with the spider looming over us, the work was more of a threat than a sanctuary in the best way. 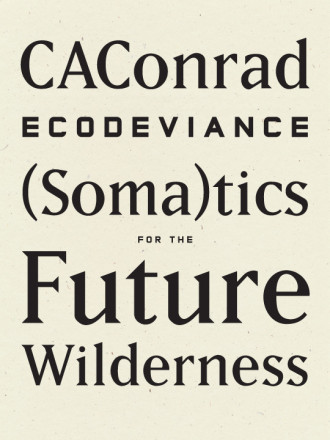 Too much of what we seem to celebrate in publishing these days feels trite, as if in a legacy that’s already decided what is a book and what is not.

But then there is always CA Conrad, this breath of fresh, glittery air. Conrad’s latest, EcoDeviance: (Soma)tics for the Future Wilderness, kicks off with a rallying cry against building poems out of a formula. Instead, Conrad has been creating and teaching (soma)tic rituals for years to stay present while writing.

During these rituals, one performs an activity–listening to a crystal, or interviewing businessmen during their lunch breaks about the consistency of their semen–and takes notes toward a poem. Each ritual outlined in the book is followed up by Conrad’s poems, the fruits of these labors.

Throughout EcoDeviance, Conrad’s themes emerge: love, the body, lust, nature, crystals, the unending bullshit of America’s hatred, and war. Some lines will make you cackle while others will make your heart ache.

In “Enough Cocaine for a Snow Angel”–inspired by a ritual of meditating while watching red tailed hawks nest in a skyscraper in Philadelphia via webcam–Conrad takes on mortality:

I worry about gravy my body will

produce in the crematorium

is this embarrassment morbid

am I supposed to