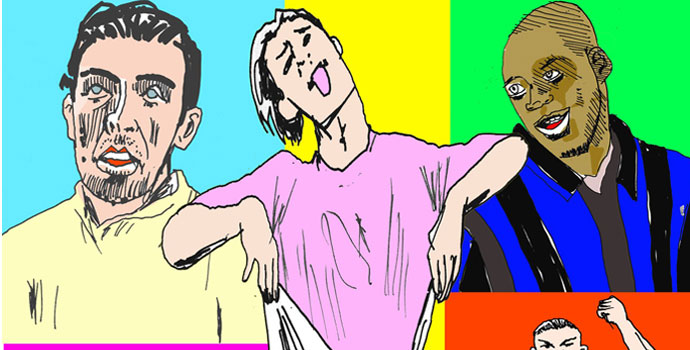 I’m one of many Americans who only tunes into soccer during the World Cup and the Euro Cup––which is happening now. I love these games. Still, I usually get a little bored and fade out toward the end, only reluctantly watching the final game. But holy shit, this Italian team is a chaotic mess of sleazy dudes and I can’t stop watching every game they play. When I told a good friend of mine that I was pulling for Italy to “win it all” (I’m serious) he said, “but the way they play… so smarmy.” Which I really like! I won’t pretend to break down their style in any intelligent way, but mainly it’s a beautiful mess relying on absorbing opponents’ attacks and then countering. Basically, they want to score one goal and then sit back and fuck with you and they don’t care if it’s fun to watch or not. Soccer is a game of patience and creativity, and there is an aesthetic quality to teams like Spain who kind of bloom with wizard-like moves all over the field. Italy seems like they want to destroy the game from the inside out. But enough rambling, here’s the sleaziest, weirdest, most fucked-up and entertaining dudes on the team.

1) Gianluigi Buffon: This is one mean-looking motherfucker. Just look at his face and watch the way he carries himself like he’s ready to physically punish the next opponent who comes close to the box. Sometimes I imagine Buffon holding a giant black whip that extends over the length of the field, screaming and spitting and just being Buffon as he cracks the whip. He’s also one of the greatest goalkeepers to ever play the game, if you’re into knowing that sort of stuff. Fun fact: in 2001 he wore jersey number 88 which freaked some people out, but Buffon said he wasn’t aware of the neo-Nazi connotation. Seems like the kind of guy who would be fun to party with until it got really late and he wanted to fight everyone in the bar including you. 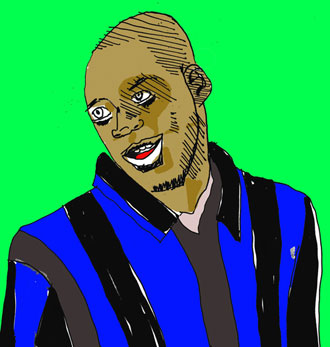 2) Mario Balotelli: The first Euro Cup highlight from Italy’s game versus Spain that featured Balotelli showed him on his knees punching the ground repeatedly. And not like a “I’m really pissed and being emotional” punching, more like a murderous thundering of the grass. That should tell you everything you need to know. Oh, and there’s also his past credentials which include crashing his car while carrying a shitload of cash and telling the cops who asked why he was carrying so much money: “because I’m rich.” And then another story about him lighting fireworks off inside his house and the following week being a representative for firework safety. There’s actually too much to say here about Balotelli, who is deemed on the field as a kind of black-magic head case who is insanely talented but has trouble putting it all together. When he does score, his anti-celebration of just looking tough and staring into the crowd is a weird mix of comedy and freak show. 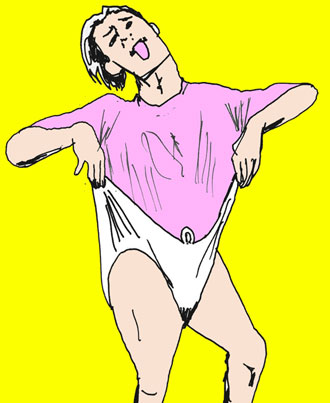 3) Antonio Cassano: Highly emotional, full of energy, and kind of sneaky––my kind of player. He’s also got some good stuff going on like recently having a stroke followed by heart surgery. Watching Cassano is so much fun because he actually looks like he wants to die while playing. I’m personally waiting for the guy to just combust in a blue-colored explosion. Most recently, Cassano was in the press for saying he “hoped there weren’t any gay players on the team” followed by what the press reported as a “derogatory term.” Don’t you just want to give this guy a big hug? 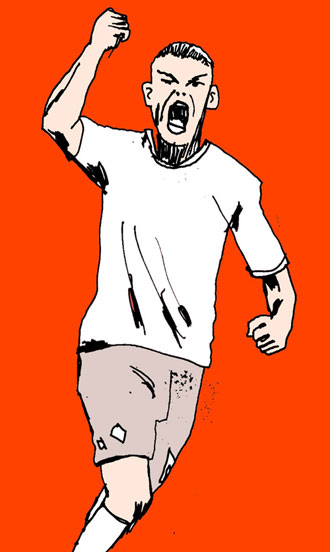 4) Daniele De Rossi: Isn’t that a beautiful name? The guy (with beard now!) looks like he’d say some pretty sleazy things to your wife or girlfriend and not give a shit. I kind of imagine him as Michael Fassbender in the bar scene toward the end but De Rossi seems way sleazier. He’s also always yelling on the field––just a constant bitchfest from De Rossi, which is immensely entertaining for this one reason. He’s typically always pissed off, shrugging his shoulders, questioning fouls. I recommend doing a Google image search for De Rossi so you can see him in full primal scream mode. I just really want to keep saying the name De Rossi. 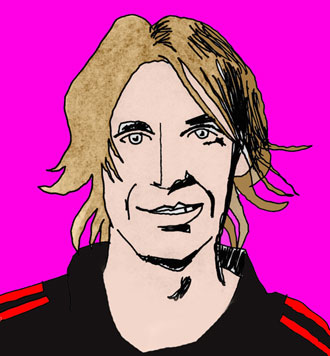 5) Andrea Pirlo: I’m going to end with Pirlo because he’s so normal and calm that he must be seriously fucked up to be on this team. I tried to find some controversial stuff about Pirlo but only read that he has a wife and kids. No way, I’m not buying it. If you look really closely at Pirlo you can tell he’s hiding something. Just look at that hair, those eyes, the slanted psycho facial expression. I can’t imagine the sick shit this guy is into, but I’m going to certainly try. Pirlo is also one of the oldest players on the team, which means he’s totally tired of all the bullshit these young kids are pulling on the field, in the locker room, and after the game. How do I know this? Look at his face.