The Real Housewives of End Times 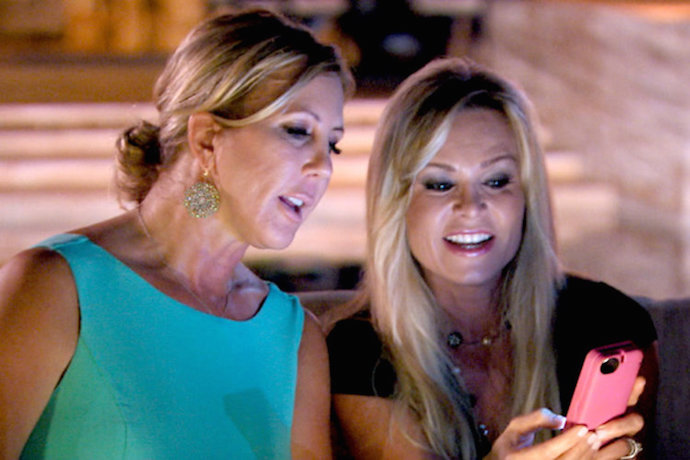 And so, on each week’s episode, we open with the women of Charleston lighting candles as the screen scrolls through photographs of their confirmed dead ‘Housewives’ sisters followed by a montage of the Housewives we pray are alive somewhere in the New Jersey mists or the California electric fires. Sadly though, no screen time is given to Sara, a former D.C. housewife we know is alive and (mostly) well, who was booted out of the show after her attorney husband gnawed off the flesh, muscle and viscera from her right arm, which wasn’t so much of the problem with producers (in fact, this was the most DVR-ed episode in D.C. housewife history, save for the pilot) as was the fact Sara refused to remove the hanging bone, get a prosthetic, or take any cosmetic action against her injury. Sara let her arm hang there like some adult-cartoon character who has dipped their hand in acid leaving clean white bone exposed, and we all know the producers fired her for it. And none of us blame them for it because that shit was unsightly.

After credits roll, we see Lyla getting ready for the signing of her first DIY cookbook at Barnes & Noble. Lyla doesn’t want to go. The book itself was written months before the first plagues began, and now, is basically irrelevant since like, more than a quarter of the recipes call for honey and all the bees have been dead since last August. It’s irrelevant! No one gives a fuck about kale anymore.

Lyla knew there wouldn’t be thousands of people at her signing. South Carolina itself could hardly boast thousands of people these days, much less the city of Charleston. Still, she was frustrated at the line of only like, 40-50 middle aged woman the event brought in, like 10 of which got distracted and left the line to join a riot of people burning the Bhagavad Gita in some sort of offering to something up there who’d left this earth to burn.

When we left Maribelle last week, the bleached-blonde was rolling her eyes at the aluminum-foil wrapped shed her husband had been setting up in their backyard. She’d laughed and continued sipping her margarita as her spouse, eyes glazed over with focus and slight fever, grabbed roll after roll of tin foil and glued it to the shed.

This week, we don’t see Maribelle so much. Instead, the camera sits for a minute on the shed, inside which, someone is blasting a Wagner composition. The camera zooms in on a window for a moment, we see Maribelle, nails bitten down until bleeding, look in shock out the small, saran-wrap window, talk to someone out of frame, and then cover the space with more aluminum.

Abigail invited the ladies (at least, Lyla, Charlotte, Janie and Tabitha; we do not know for sure if Maribelle wasn’t present because of self-separation from the world outside her aluminum hut, or if she was not invited as revenge for that time she did not invite Abigail to ladies’ brunch three episodes ago) over on Friday for a funeral for Chowder, her (former) Shetland Pony. The service was beautiful, despite the larger tragedy of Chowder being the last remaining stallion suitable for breeding in the entire south. If we want more Shetland ponies after life somehow evens out and the fires stop raining, we’ll have to settle for a mutt, a half-breed Shetland, or even worse, a fucking Shetland-Mule.

Janie and her husband Vic have been fighting again. Vic is desperate to find their son Colton who was attending Wesley when the fogs hit. Janie says she can’t. She’s already lost her ear to the flash-frost that hit Charleston in June and can’t risk losing anything that can’t be covered up by her long, auburn hair. Risking her spot on the Housewives by purposely allowing cosmetic infraction like that idiot Sara would be an invitation to the void. There’s nothing left, Janie knows. USA Today’s Life section has become a list of celebrity Obits as condensed as the Classifieds. All Janie can hope for is a small space in that section, if she is lucky enough, if she stays famous enough, if she dies on a slow day.

Frustrated Vic can’t hear her pleas as he packs up the Jeep Grand Cherokee (a sponsor of tonight’s show), Janie runs straight at their three-story estate, smashing her temple against the stone. More on this next week.

“Homeschooling the kids has been….” Charlotte’s camera confessional trails off as we watch her twins, Mike and Corey, hum loudly and stare blankly forward as Charlotte, sitting between them, tries to get the kids to look at the worksheets placed in front of them at their “desk,” formerly known as the breakfast nook. Each child vacantly brought home a form letter from the school the day it closed done, saying something vague about a problem with the white boards, something about the white boards, radio signals bouncing off the white boards, mind control from the white boards – it was all very vague. Since then the boys have been, not exactly well behaved, seeing as they seem to either ignore their mother or no longer register her voice at all, but much calmer than their old 12-year-old selves. Cut to Charlotte, filling out Mike’s worksheet, turning over to Corey, completing his problems as well, then rubbing the backs of their heads like they used to hate, congratulating them, and dismissing them for recess. The boys stay seated at the breakfast nook, staring at the refrigerator not exactly in hunger.

Finally, Tabitha. She seems well. No visible maladies, her family remaining sane. Must be hard to be the last to go have tragedy befall one, though. In other itierations of the show in some holy past life, the other housewives would suspect something from Tabitha. Something imperfect. Something wicked. Bitch that rhymes with Witch. But no. Tabitha isn’t perfect, as we saw last season when she broke down during their vacation in Key West. Tabitha is flawed, has cracks, bleeds like the other women. She swears to the camera.

There’s no drama to be seen at her house. She swears she will keep it this way, slowly moving furniture closer to the doors, slowly drawing windows as if the plague is slowly approaching, feeding on any beauty it could see.

Another episode ends. Here in the homeland, we’re sad to see it go. So little programming these days. We’re waiting for a new series, a “Housewives of Highland Park,” a “Housewives of Eden Prairie,” something showing less of the terror our neighbors on the coasts are facing. But maybe it’s good. Maybe we need to see what’s coming up next, what’s moving inland, slowly coming towards the bomb shelters outside Milwaukee we’re hiding in til death.