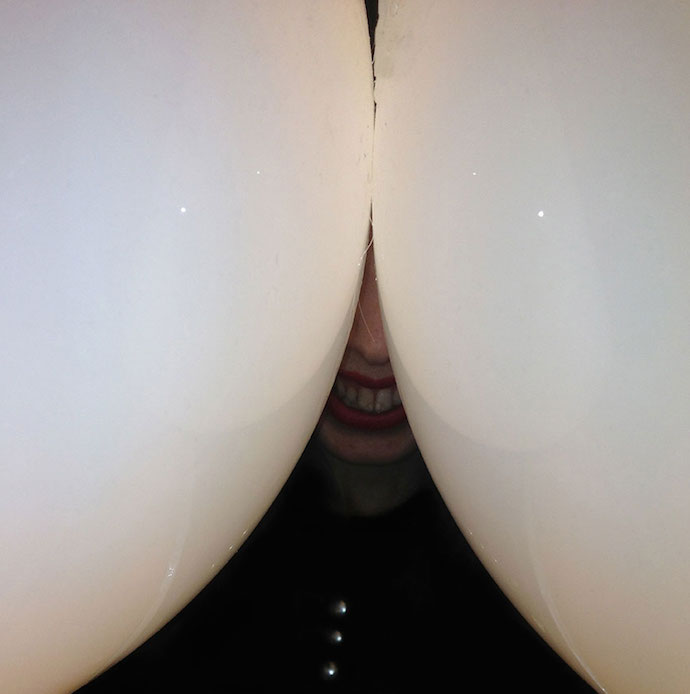 Everyone on the internet loves Death Grips. People love the idea of the visionary Sacramento-based trio of social outcasts, the way a thirteen years old boy loves every girl in his classroom that won’t speak to him. Why wouldn’t they? Death Grips represents the concept of pure artistic integrity boiled down to its most confrontational essence, something most people on internet pretend to have or wish they had. MC Ride, Zach Hill, and Andy Morin’s unique blend of industrial hip-hop has put the entire music industry in its stranglehold for five years now and only left evangelists and enemies in its wake.

Who wouldn’t like to make art that has such effect on people?

And there’s a price to pay to achieve such a level of popularity. Fans end up loving you more than your own music and turn dissatisfied with your records if you don’t blow their mind every time while continuously giving a new part of you to consume. Fortunately for our souls, this is something Death Grips themselves are self-conscious about, so they fed us a diet of difficult, cryptic records (Government Plates, The Powers that B) and erratic behavior (no shows at live performances, strange breakup messages) to keep to bandwagon fans at a polite distance. It also makes them quite exciting because no one ever knows what’s coming next.

I can’t think of any more significant musical event in 2016 than the release of Death Grips’ Bottomless Pit. This album was never supposed to get made. They’d disbanded in 2014 and cancelled all their plans except for the release of The Powers that B, then changed their minds a couple months after. Then they went on tour. Then they announced Bottomless Pit with a strange video starring a film actress that died a couple months prior. It’s been a nerve racking year for fans of Death Grips, but fortunately for us Bottomless Pit is here and it’s fucking glorious.

How did Death Grips manage to blow our minds this time? Shit, where should I start? The first track, “Giving Bad People Good Ideas” (not “Giving Good People Bad Ideas”, like everyone calls it), kicks off the record with an intoxicating mix of heteroclite elements: female vocals, electric guitar, pounding blast beats, electronic samples, a freakin’ chorus (what’s up with that?), and it is catchy as hell! Don’t get me wrong. Death Grips is still Death Grips, but they’ve never been afraid using experimental song structures in the past. It’s not the case on Bottomless Pit. The songs on this record are short, simple, and pretty fucking abrasive. It’s like they told themselves: “Fuck it, let’s have fun this time” and “Giving Bad People Good Ideas” announces this new ethos gloriously.

Bottomless Pit feels to me like the first album where Death Grips really embrace being the troublemaking child. The rage is still very much there. The abrasive and chaotic sonic landscapes are too. They just seem like they’re preaching to an audience now, more than ever. The second track on Bottomless Pit is “Hot Head”, which was released last winter. It is very much a drum n’ bass song, which is a direct contradiction with Giving Bad People Good Ideas, a a sonically violent song that sounds like two broken pinball machine attacking each other. This is the musical genius of Death Grips: they shun any one musical direction, yet somehow incorporate them all into their music. Their songs are layered and complex and all tell you to go fuck yourself.

It takes a special kind of talent to add all these approaches up on a cohesive and continusouly engaging record like Bottomless Pit. Some of my favorite tracks among the remaining body: “Bubbles Buried in the Jungle”, “BB Poison”, and “Three Bedroom in a Good Neighborhood”. What do these songs have in common? They are tracks where Ride’s vocals really shine. His lyrics are still delivered in a crazy stream-of-consciousness manner, but his rhythm and inflections are more diverse and acrobatic than ever, a mashing up of electro hip-hop with a flavor of old school. They have perhaps the simplest structures of the album and seem very much built to display Ride’s vision and talent. The crazy, angry, homeless man of Exmilitary is morphing into a cult leader at war with the music industry and the way we do things in occidental society as a whole.

That leads me to another, curious and intriguing turn Bottomless Pit is hinting at. It is very much an electronic album. There is electric guitar and vocals, but not much else in terms of brick-and-mortar instruments. 99% of the drumming on the record sounds like it’s either coming from a machine or that it’s been heavily doctored, probably in a way that will unnerve some of the longtime fans. The fact is, this band is evolving and very much different from what it was just five years ago.

Are there low points to Bottomless Pit? Kind of. Warping doesn’t strike me as necessary, but it makes sense in the artistic progression from the guitar-heavy beginning to the more hip-hop core of the record. It announces something I thought would’ve been more exciting if it wasn’t announced at all. “Trash” was very repetitive for such a short song (and one of the only occurrence of Ride rapping alone with the sound of Zach’s drums), but the fans will love it anyway because the band made it available for free on the phones last Friday. “Spikes” is a lot of fun, but it’s more of a cerebral treat than a visceral banger, so it’s going to be divisive. Overall, though, Bottomless Pit is a short album (39 minutes) and there is not much filler; it’s as lean and mean as it gets.

So what is going to be the record’s legacy?

I’d hate to pronounce myself on the meaning of anything Death Grips do, but it felt like a new beginning to me. Ride, Zach, and Andy have never played by anybody else’s rule, yet their own are emerging from what they’re doing. They refuse to put labels on their artistic output, yet they’re creating something both successful and oddly accessible by doing whatever the fuck they want. I believe Bottomless Pit to be the first volume of a corporate apocalypse that’s been long overdue.