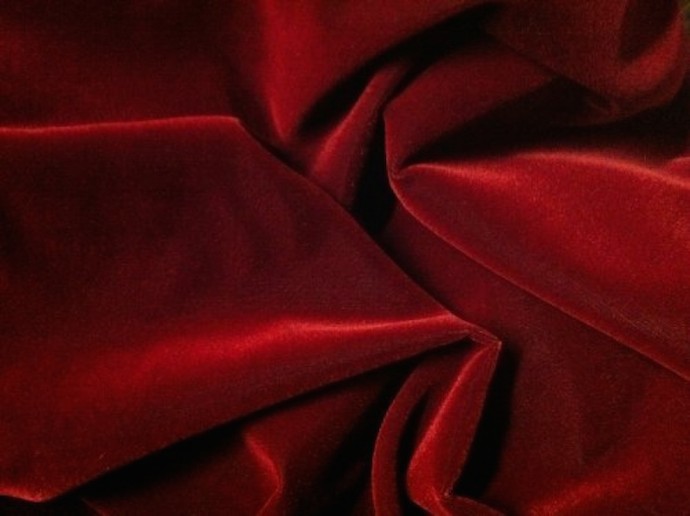 The date is no disaster, but when the clock strikes midnight, I click open the velvet case I’ve been lugging from bar to bar and reveal there is no crown inside. “Kieran.” I lean into my body mic. “This is not our Fairytale.”

The editors will add the Lil Sweethearts logo in post.

The filler Princes are easy to eliminate. Brandon’s drinking rapidly becomes not-cute. Charles only looks good in blurry disco lighting. On the dance floor, Jared spills his vodka cran on me and ruins my favorite blazer.

What sayeth I? Fuck you, Jared—goodbye.

The truth is, I thought I would be ugly forever. Before I could even speak, I was cursed. Coarse fur. Hunchback. Truly, where I belonged was in a faraway forest, hunting rabbits under the light of a full moon. But the network executive in the sleek black suit thought I belonged on television. I could barely fit into the elevator, but up in his velvet red office on the fifty-seventh floor, he took one look at me and said, “We’ve found our star.”

The last three Princes move into Fairytale Castle full time. They leave their jobs and sign waivers. I lower the drawbridge for their arriving U-Hauls.

Inside the castle, the last three Princes carry weapons.

Drew A. wields a spray bottle of disinfectant with which he keeps Fairytale Castle spotless. He hires a sous-chef and enchants our kitchen knives so that they can chop vegetables without him. That way he can spend more time pleasuring me. He gets off on giving—I can tell he’s coming when I hear the sound of an approaching vacuum.

Drew B. wields hedge trimmers. He tends the castle grounds, trims portraits of me in the rose garden. He knows to make my nose smaller than it really is. He knows to flatter me. Every three months, he drains the moat to prevent the formation of algae. He can lure the crocodiles into their cages by flashing his abs.

Drew from Finance wields a letter opener. He counts my gold, makes sure the bills are paid on time. He schedules my brunches, lunches, and afternoon teas, and he shuttles me to my every appointment in our pearl white limousine.

After thirteen harmonious episodes, the network adds a prize—$500,000 cash, plus a lifetime supply of Peel-N-Eat—to coax an ending out of us. It shan’t work, I write them. We’re in love. But the last three Princes turn on each other. Drew A. whispers that Drew B. is letting the hedges grow tall so that he has a secret place to bring his lovers. Drew B. accuses Drew from Finance of embezzling money from the castle vault to pay off his business school loans. Drew from Finance says that Drew A. is adding drops of something unsavory to my food, slowly poisoning me.

I ask Drew from Finance, Have you seen how many martinis I drink? I tell him I’m slowly poisoning myself already. At our next feast, I stamp out the Princes’ bad behavior with the threat of a Plot Twist. What if I bring back an eliminated Prince? Charles the Ugly would never cheat on me. Jared the Clumsy wouldn’t steal from me or murder me drop-by-drop.

Drew A. says, But we’re the Top Three, fair and square. I’ve watched every episode of Fairytale, and Fairytale has rules.

I smack the chicken leg out of Drew A.’s hand. I say, This isn’t about you. This is my Fairytale.

We live together like this for a hundred episodes and make enough memories for a satisfying clip show. Even in my old age, the sex is still good. Hair and makeup are capable of such wizardry that the last three Princes still look like heroes depicted in stained glass, and although that feels like enough of a Fairytale finale to me, viewers and sponsors and eliminated Princes send fanmail on long scrolls, begging for resolution.

On the final day of production, I summon the last three Princes to the courtyard. The crew has readied confetti cannons for the victor. This is the strongest Top Three in the history of Fairytale, I announce from my balcony, and the nationwide vote is too close to call. What about an additional 113-episode season before deciding the business of Happily Ever After?

I call off the cameras.

The last three Princes don’t care if the cameras aren’t rolling. They’ve gotten more than enough screentime, and besides, why would they quit Fairytale when they’re this close to the Final Crown? Together we shuck our mics and mic packs, toss them into the moat. We wave goodbye to the TV crew, save for hair and makeup, who will be paid in room and board for dolling up my Princes every morning before I wake.

Barely a fortnight passes before word arrives at Fairytale Castle that the network has placed a bounty on my head. I’m told to expect war. Lil Sweethearts outfits its legal team in armor and sends them to Fairytale Castle on horseback. I watch their steady approach from my balcony, their focus-grouped march through the green.

Hair and makeup and the last three Princes fight off the horde before they can storm the castle. I take careful sips of my martini and watch the sword-on-sword action down on the drawbridge. Heads lopped off and tumbling like oranges into the moat.

The last three Princes on the marble staircase, their street clothes stained with blood and viscera. We’ve fought for you, they say. We’ve slain your enemies. The least you could do is tell us what you’ve decided.

I tell them I’m sorry, I’ve decided nothing. Of course I appreciate their loyalty, their unwavering love, but haven’t I given the Princes everything that they wanted?

They say, Love? What of it?

All the last three Princes want is to know who wins.

Scott Fenton is a graduate of the MFA program at Indiana University. His work has appeared or is forthcoming in Green Mountains Review, Hobart, SmokeLong Quarterly, and Ninth Letter Online.