The Language of Our Own Private Country: An Interview with Leah Dieterich 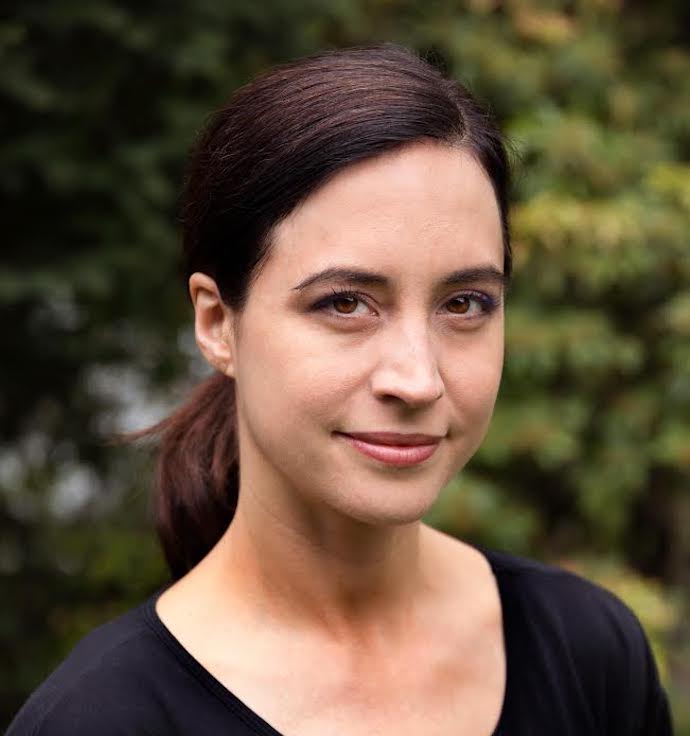 When I first began reading Vanishing Twins: A Marriage by Leah Dieterich, I assumed it would be mainly about one particular relationship. However, the book immediately blooms open and explores connections of all sorts–the relationship between language and love, for instance. Near the middle of the book, Dieterich writes: “It’s like we’re the same person. We finish each other’s sentences. This is what we’ve been taught to desire and expect of love. But there’s a question underneath that’s never addressed: Once you find someone to finish your sentences, do you stop finishing them for yourself?”

Intrigued by this idea, amongst many others, I interviewed Dieterich via email to discuss transparency, unattainability, lyrical prose, and ballet’s archetype for romantic love–a girl so pure and light that she vanishes when touched.

Vanishing Twins begins with an “overture” about ballet, a subject which serves as a kind of anchor for this book, I think—providing something to return to after pivoting to different time periods, people, and experiences. Can you speak to how your experiences with ballet informed the way you write? And why did dance seem like the right subject to begin the book with?

I always liked how rigid ballet was. I liked the structure. It didn’t feel confining to me, it felt reassuring. It’s often said that it’s easier to be creative when you have boundaries or guidelines, otherwise you don’t know where to begin or end. Writing the book felt similarly to me. I had a framework, which at first was really just the idea of twinship and coupling in the romantic sense, and then expanded to creative partnership, but ballet had been such a formative part of my life from the ages of eight to eighteen that it was inevitable it would come out as I wrote about myself, my relationship with my body and my struggle for self-expression.

Throughout the book, the speaker looks for a “twinning” element in her friendships and relationships, at one point even developing a special kind of language with her husband. You write, “Cryptophasia is a phenomenon where twins develop a language that only the two of them can understand… We were fluent in the language of our own private country.” Later, long-distance emails and messages between the speaker and Elena (a Spanish-speaking friend-turned-lover) become a source of passion. How has language helped or hindered your understanding of your own desires, as well as your understanding of other people? I’m also wondering here: could you have told this story in any other way (a film, a dance, a play)?

I did explore other ways of telling this story, actually. At one point it was going to be a long poem called Œ and was to be laid out with only two lines per page. One line always began with the letter O and the other with the letter E. In this version, my protagonists were named Oliver and Esther, ciphers for my husband and I. Although I love structure, as I mentioned before, this was way too strict and confining. I abandoned it pretty quickly. I also explored working with these themes of eros and twinship in a feature film. I interviewed the set of twins I mention briefly in the book, who lived in NYC and shared a bed at age twenty-eight and each had a long distance boyfriend back in their home country of Greece. I enjoyed this correspondence with them so much I lost interest in writing the script. It was the foundation for the research-based framework of Vanishing Twins. I was able to incorporate a lot of my other attempts at telling this story into the book itself. There are descriptions of videos I made, conceptual art projects, short films, and also a speculative dance performance where the main characters finally act out their desires and resolve some of their frustrations.

Did your relationship to your book change as you were writing it? And has it changed since the book became a physical object? I feel that the book is partially about who we become in different relationships and phases of life—do you recognize yourself in this book, or is there a distance between you and the narrator now?

It took me nearly six years to complete this book and I have changed dramatically during that time. I became a mother two years ago, and that identity shift has been, predictably, quite significant. Of course, I still relate to the narrator of Vanishing Twins. I feel paradoxically very distant from her, from being her, while at the same time, very close to her, from having had to recreate her on the page and inhabit that new version of her (me) during the writing process.

On the third page, discussing ballet, you write, “The ghostly spirit, the sylph, was ballet’s symbol for romantic love—’the girl who is so beautiful, so light, so pure that she is unattainable: touch her, and she vanishes.'” I’m intrigued by this idea of someone so pure that she literally cannot exist—what is it about the act of “vanishing” that interests you?

When I say that this disappearing woman is ballet’s symbol for romantic love I also mean that she is the archetype of what it is to be a woman worthy of love in our culture. Her body is so thin, she nearly disappears, but so does her being. She herself vanishes into the idea of love, becomes synonymous with it. She cannot be a real, living, breathing person in it. This is the way I felt early in my experience of love, that it consumed and replaced me. Over the course of the narrative I grapple with this image of the ghostly woman in different ways, at times trying to use it to my advantage.

I was devoted in my open relationship, at least as I embarked on it, to being “totally transparent.” There is something ghostly in that phrase, isn’t there? I thought if I made myself transparent, if I didn’t hide anything, that I would be pure in some way. That I’d be immediately absolved of anything unjust I had done.

Looking at the quote now, with some distance, I like this quality of unattainability, of not being able to be fully grasped. It interests me more than the act of vanishing, of disappearance. I do find something romantic about this reading of the archetype. There is a false sense that when you love someone, that you have them completely, but you never really get to have them, all of them. You can choose to see that as tragic, or hopeful: there is always more.

Right. And this element of never really “having” someone applies to the term “vanishing twins” as well—”when a fetus in a multiple pregnancy dies in utero and is partially or completely reabsorbed by the surviving fetus” (a quote in your book from the American Journal of Obstetrics and Gynecology). Writing from one’s life seems to have so much to do with the attainable “facts” of what happened, but how do you go about writing something that seems mysterious, even to you? Your writing is grounded with research and real people, but you often veer into a much more ineffable space of longing for something that might or might not exist. How do you begin to articulate and investigate these ideas of unattainability?

All of my writing stems from this desire to solve or at least investigate these mysteries. I write to find out how I feel about something, what it means to me. That writing is really automatic. I don’t try to censor myself word by word as I’m trying to work out these thoughts or ideas. I just let them be nonsensical and then I return to them later to see if they grab me or if there is a hint of something there that I can refine or coax into a shape or argument that feels cogent. I also just love language for its sound and rhythm so as long as what I’m writing has a lyrical quality or a beat, or something else that is above “meaning,” then it can be satisfying.

What are some writers or books in particular that have a lyrical quality or rhythm that you feel has informed or educated your own prose?

Justin Torres is a big influence. I love the sound of his voice and I love hearing it when I read his prose. I believe he said in an interview that when he first began writing, he never had a notebook with him, so when a line came to him, on the subway platform, say, he’d repeat it to himself in a kind of rhythm, and if he was able to remember it hours later, then he knew it was good. I hope I’m not completely making that up; I suppose it’s always possible. Either way, it’s stayed with me. The opening and closing pages of We the Animals move like the beat of a drum. Just reading them makes me feel like I’m dancing.