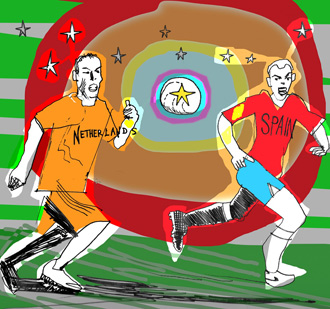 Revenge of the Soccer Bridesmaids: The 10 Most Interesting Stories from The World Cup

Now that the World Cup is over and a winner has been crowned, it’s time for us to count the ways we the viewers have won or been cheated. Pete Hausler recaps and reviews the 10 most memorable moments and events of the 2010 World Cup tournament, with a trenchant and critical eye, aimed particularly at soccer, er football’s governing body FIFA. Like lots of us Americans watching the World Cup, Hausler has no shortage of examples of FIFA’s woeful inadequacies to keep the world’s game an honorable one. But there’s more than just an excoriation of FIFA: there’s the fairytale storyline of two teams who met World Cup-less in all their history, the implosion of France, the laziness of the Italian squad, the (near) rise of the United States in International competition, the let down of the home country, and of course, the persistent vuvuzela buzz still ringing in our ears. [Also, according to my calculations, my cousin owes me $2400 from a bet on the final. —mkl]

Tooting the Vuvuzela for Spain!

There’s no end of good things to be said about the Netherlands. Nobody trompes the oeil quite like Vermeer. They gave us Van Gogh and their brave… 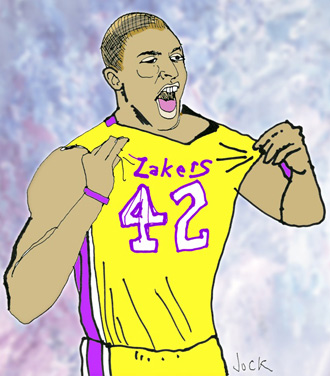 Now that the NBA Finals are finished, with the Lakers taking their fourth title of the decade, it’s already time to look ahead to next year. What makes a team great this season creates an outline for the other 29 teams looking to capture the same magic, or just make the playoffs. Adam Underhill recaps what the Lakers did right in the Finals and spells out what the league’s other superstar players need to do to step up and do the same. Does what makes great players in the ’70s and ’80s still apply? Is it possible for another dynasty? Of course. Is it probable? Well, that’s another story for the likes of Lebron James, poised to become the league’s next heir to the crown. 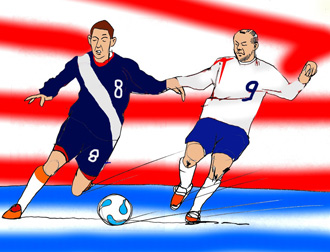 How Do You Say ‘Three and Done’ in Afrikaans?: The Quadrennial and Funtastic Fanzine World Cup Preview

In this highly anticipated preview of the highly anticipated quadrennial event, Pete Hausler breaks down the group stages before the inevitable drunken, adrenaline-overdose frenzy that inevitably acompanies such matches. Here, in the safety of the Internet, you won’t need those Stab Vests in team-colors you can get at Protektorvest to get our insight and predictions. So grab a couple cold pints and read on. [Edit: Protektorvest isn’t selling those team-colored Stab Vests anymore, so you’ll have to shell out some more cash ($240) for an all-black kevlar one.]

Adios Los Mets, The Weather Sure Is Fair Up There in the Bronx

Pete Hausler weighs the ultimate question in sports fandom: how much is enough heartbreak? As a fan myself of a team of perennial disappointment, I’ve also asked that question many a time after season after season of underachieving, flashes of brilliance interspersed randomly between stretches of lazy, uninspired, inept, and seemingly uninterested play. When does a sports fan cut his/her losses? Alas, I find myself unable to make a statement-making move. It’s like sticking with a bad, abusive, and indifferent lover year after year—or in my case, 35 years (though I’ve only been around for 32 of them). Hausler on the other hand, invoking wise words from author Nick Hornby and an inspired friend, seems ready to cross that threshold into a new world unknown to most of us stubborn, beleaguered, and otherwise hopeless fans. Art by Danny Jock. -MKL 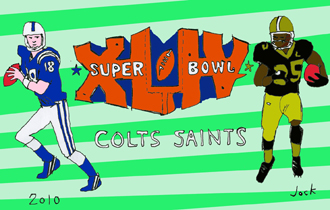 I never thought about the double entendre of awfulness that would have fell on earth had Bret Favre beat New Orleans last week and gone on to (maybe even win?) the Super Bowl. No I’d forgotten about the cheeseheads and the humiliation that would haunt them had THEIR guy won on that damn Vikings team (I like Favre btw – CM). Was just pondering New Orleans, still Katrina repairing, rushing to their first Super Bowl ever by beating a fellow borne and bred gulf coaster… that game was a team vs an individual right? the twilight of a heavyweight? the phoenix-like rise of a city? or did I get confused? Well Adam Underhill, long time Green Bay fan didn’t miss anything. Here’s his preview for Super Sunday, ‘tween the Saints and oh yeah, the Colts. And speaking of drama, keep an eye on Colts receiver Pierre Garçon, the Haitian descent player who played with incredible gusto in the AFC championship. Prediction? Well read on… 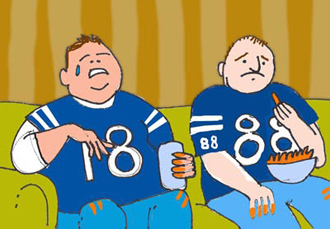 It’s been a long time since we talked football (talk about momentum, not that we haven’t been watching). Most of my teams have gotten knocked out by now – the Giants first of all, the Falcons, the Bills …ah well this always happens with them, lately, but it doesn’t have to, I mean welcome back Jets, but that can only last a week, ’cause who knows, what evil, lurks in the head of Bengals head coach Marvin Lewis who may rouse his team from somnambulism for a rematch of last week (it didn’t as I write this, sorry Cincy and Ochocinco – change the name back, get the mojo back, if it helps). It’s wild card week from Adam Underhill (who must of got a Beatles Rock Band for Xmas…see last page). Art by Danny Jock. -CM 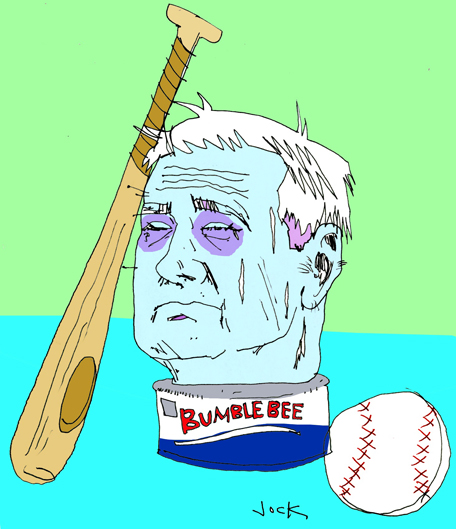 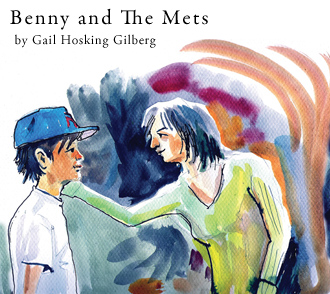 Benny and The Mets

Both of New York’s MLB teams played in new stadiums this year. While the Yankees are 9 games up as this blurb is written, the Mets, with 64 wins & 85 losses, have looked less than amazing, have already been eliminated from postseason play, and don’t seem quite as cozy in their snazzy new home. For longtime Mets fans (and baseball fans in general), forget about this season for a moment and take a gander back in time, as Gail Hosking Gilberg takes us back here through the eyes of her Mets loving son. Art by Danny Jock. 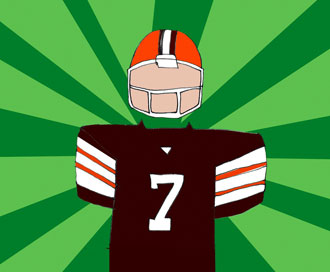 With the scent of fresh pigskin fresh and heavy in the air, our attention shifts slightly from the art of working the clock while clinging to a 34-31 lead, or an agonizing dropped pass in the end zone, to that subtle, ever-present force, yet so often overlooked in terms of team superiority. That’s right, it’s the uniforms. And while Adam Underhill may have a different cultural definition for "Cleveland Browns" than I, he possesses a unique zeal and sharp, critical eye for such topics. He opines—no, he decrees—exhaustively on The State of the Uniform for each of the 32 professional football teams. Art by Danny Jock.