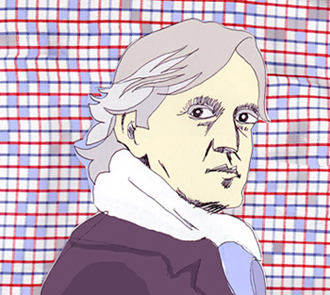 For some, the warm days of spring conjures images of lush verdant grass fields, the smell of leather, and satisfying thwack! of the ball. Those people are called Leafs fans, who are used to golfing around this time. For the rest of the hockey world, there’s playoffs to be had. Pete Hausler and Mike Louie bring us their previews and picks from the first round. 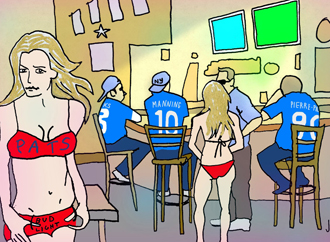 If Everyone Titles This Super Bowl Deja Vu Will That Make It So?

You know the drill, if you know football. We saw this game a few years ago right? Giants and Patriots. Manning and Brady. Giants underdogs again. Michael Louie and I (Casey here) saw round 1 after a wedding in Salt Lake City. Our motley crew of Brooklynites in black took over the basement of some Pats bar and lost our shit as Eli became sweet butter late in the game and David Tyree caught a pass with his helmet. It was a divine day, Mike remembers, and we hope to stick it to New England again (am putting an inverse double hex on this blurb, as it will be old news and not jinxable come Monday). 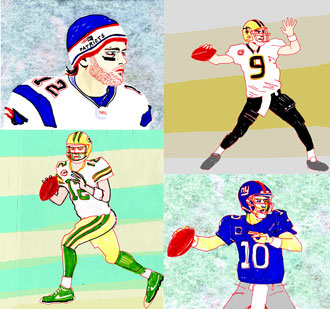 Year of the Quarterback

‘Penn and Teller could have devoted an entire episode of Bullshit! to the "run the ball first" canard,’ as this season proved to be all about the QBs. From Tebowmania to the precision of Aaron Rodgers and Drew Brees, Adam Underhill looks forward to the playoffs and the quarterbacks still in contention. 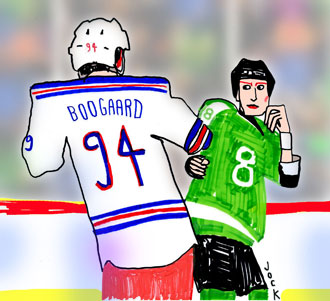 Stupid Ostrich Tricks, or Why Gary Bettman and the NHL Are on the Wrong Side of the Fighting Debate

The death of Derek Boogaard earlier this year sparked a controversy in the hockey community: was it drugs and alcohol, or too many concussions suffered on the ice that led to Boogaard’s advanced chronic traumatic encephalopathy and early passing? Pete Hausler lays down some knowledge on the importance of the Separation of Fighting and Hockey. As in: it’s possible. As in: what are you afraid of, Gary Bettman? 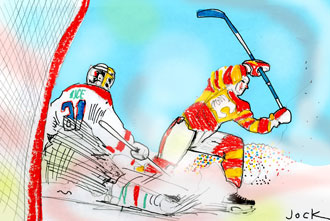 Pull of the Pond

Following the recent success of the NHL’s experiment with outdoor hockey—this year featured two outdoor "classics"—Tom Flynn reminisces about a simpler attraction to the game, one that probably every professional hockey player experienced: that of pond hockey. Although "pond hockey" usually conjures up a fast and loose (read: no defense) iteration of the game, the term is usually used derisively in pro-hockey speak, there’s an irresistable allure to being on crisp natural ice in the great outdoors.

In case you missed the Little Caeser’s Pizza Bowl, fear not! Tom Flynn brings tidings for another three of the 35 bowl games going on this week. Flynn breaks it down for people like me who don’t really follow this sort of thing, revealing intriguing storylines behind the obscurity behind the lesser known, less-well funded, and medium-power houses of college football. Art by the inimitable Danny Jock. 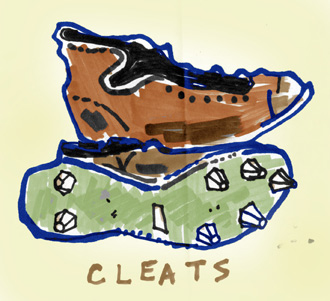 Tom Flynn remembers a simpler time when all he had to do to get his Thanksgiving thanks and grub on was get himself through a soggy football game in the miserable cold of early winter. If one played sports in the 80s and 90s, it’s easy to recall with wincing redolence the solid "foam" core of helmets, the bulky pads, and of course, the cheap no-name cleats that hardened with weather and time to resemble craggy griffin-like claws, their faded black exteriors stale and cracked, and souls just as black and evil in color and comfort. Flynn also recalls relaxing post-game with the Detroit Lions game perenially played on Thanksgiving. Having no personal affiliation toward the Lions then and now, he contrasts the stark fortunes of Detroit (both the town and the team) with the excesses of the other game-of-the-day, that of the Dallas Cowboys, and finds something to which Detroit can represent on this day of thanks. 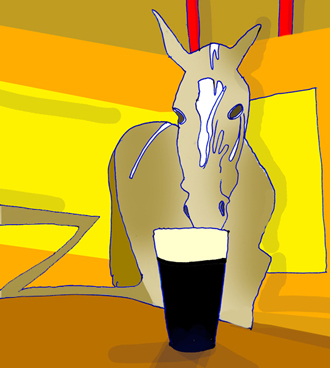 Zenyatta: From the Back of the Pack, But a Backseat to None

This coming Saturday, November 6th, breeders, bettors and plain old racing enthusiasts around the world will be focused on the Breeders Cup, a contest that offers the largest payout in all of the horse racing sport. And this year it’s super special, with a heap of hype all over one mare, Zenyatta. With 19 victories so far, and beyond incredible stats, Zenyatta is said to retire after the race, hopefully with an even 20 wins/ zip losses. Pete Hausler explains her confounding talents, exacting style, and why he will be betting against her. Art by Danny Jock. 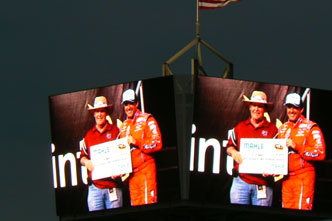 Adam at the Races: the NASCAR Air Guard 400

Adam Ganderson takes us on an outsider’s trip to the last race of NASCAR’s Sprint Cup series, which is kind of like the end of the regular season before the playoffs start. It’s also the weekend of September 11th when Adam arrives like Hunter Thompson at the Kentucky Derby, his partner-in-crime at the ready. It’s a weekend full of American Pride, BBQ grills, cheap beer, and leathered sun-burnt skin. Oh yes, and the scream of 48 race car V8 engines revving at high power for 400 laps. It’s NASCAR and it’s as big as country music and bigger than the NFL. Photographs by Adam Ganderson.