“Traveler in a singing band” is one of my favorite ways that Lera Lynn describes herself, and I suspect she says it with a hint of wryness. Lynn is one of the more itinerant musicians I can think of: on her most recent record, 2014’s The Avenues, she wanders through country, throwback pop, dark crooning noir, torch songs, sailor songs, you name it. And somehow her voice, which is instantly recognizable no matter what genre she’s working in, still pulls of the feat of grounding all this movement under one record.

Lynn has a knack for moving outside of her own skin too: in addition to a string of outstanding cover songs, many of which hold their own with the originals, Lynn plays a recurring, bruised-up bar singer in season 2 of HBO’s True Detective, performing some of her bleakest music to date and lyrically expanding the show’s own dark, bruised-up narrative. We chatted through six questions while Lynn was out touring in support of The Avenues. —Danniel Schoonebeek 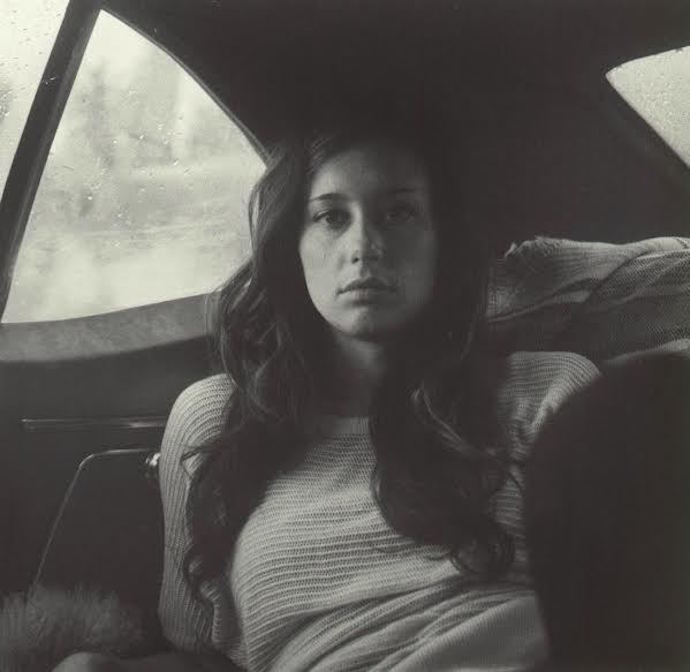 Danniel Schoonebeek: When you’re not on the road, you’re based out of Nashville—do you participate in the songwriting industry out there at all?

Lera Lynn: I don’t really participate in the songwriting industry that Nashville is infamous for, the sort of radio hit, song assembly lines, but there are ample opportunities to write with some great artists for the right reasons, and I’ve dabbled. Like it or not, Nashville and country music are one of the lasting and lucrative niches in the business, but that presence isn’t the strongest one in the city. There’s a very colorful community of thriving artists who have nothing to do with that side of music.

As we all know, country isn’t what it once was. I just visited the “Nashville Cats” exhibit at the Country Music Hall of Fame in Nashville and was reminded of how rich the music history is here and how tightly knit all those legendary artists were. I see that kind of camaraderie growing among today’s Americana and indie artists of Nashville and that reminds me of the old music scene I’ve read about. Money can lead people to make poor decisions when it comes to art, but I have a feeling that Nashville is about to round that corner and get back to putting art, talent, and hard-working musicians first. Maybe I’m completely delusional, but that’s the world I want to live in, and the city too.

DS: In addition to your own songs, you have an impressive stockpile of covers under your belt, everything from Neutral Milk Hotel to TV On the Radio to R.E.M. to Bob Dylan. The history of cover songs is fascinating, particularly the way covers sometimes outshine the originals. What do you think makes a cover song great? And what would you say are some of the greatest covers you’ve heard?

LL: For me, a cover should be from left field. I have very little interest in doing an obviously suitable cover like, say, “I Fall to Pieces” by Patsy Cline (though don’t get me wrong, I love singing that one in the shower), because I don’t think there’s much room for me to spin it. I like covers that follow the melody but deviate stylistically. “Hurt,” written by Trent Reznor and covered by Johnny Cash, was one unexpected cover that went rather well.

DS: Are the songs you recorded for True Detective a departure for you? I love that you’re cast on the show as a kind of one-woman Greek chorus, and those tracks are brilliantly dark, the lyrics have some interesting poetic leaps. But how would you say those songs fit into your body of work, like do you play them on tour? I’m also curious: does that sort of exposure, via a serial HBO noir, give you the willies at all?

LL: I don’t think they’re as much of a departure as one might think. I’ve been doing some of the noir stuff for years but it just hasn’t received attention, as those stylings are rarely lucrative. It’s a tremendous opportunity to have this large of a forum for such music. T Bone Burnett [co-writer of the True Detective songs, and the show’s composer] wanted the songs to go super dark. It was fun to give into that urge, rather than fight it as I usually do. I have started to incorporate the TD songs into my set and I think it helps create another dimension in the dynamics of the show. Does the exposure give me the willies? Only when the weirdos come out!

LL: I love reading and it’s obviously especially important for a writer of any kind to do so. I’ve been reading a lot of Bukowski and Dylan and Hemingway lately. They couldn’t be more different. I don’t know that their actual styles of writing influence my lyrical writing or inform my music, but they certainly help me gain new perspectives, which is crucial to writing. I think living is, or should be, the greatest influence on a writer.

DS: You have a much talked-about reputation for recording great live takes. That’s the sort of thing that translates across arts: it’s rare and noteworthy, for example, when actors and writers can “cold read” well. Could you talk a bit about how live performance informs your songwriting and your lyrics?

LL: Inspiration steers great art and great performances. For me newness and spontaneity go hand in hand with inspiration. That turns my brain (and heart) up to 11, and that’s when I do my best (and I would guess that’s the same for most). When you don’t “know” a song yet, you have to rely on instinct alone so if something doesn’t feel right, it gets nixed. There’s a sweet, fleeting moment when you know just enough of a new song to let go and ride. That’s the gold.

DS: You’re touring hard behind your latest record, The Avenues—do you find yourself learning anything about this country that you didn’t know before? And musically or otherwise, what do you want to do once this tour wraps up?

LL: I love learning about other passionate people doing all sorts of things well in different cities. There are so many! And there are also so many generous people too. That keeps us going. Also, the government should make it more difficult to obtain a drivers license. When I’m home, I’m working on the next record!  I can’t wait to start sharing that.

Lera Lynn’s latest release is The Avenues. She’s currently on tour in the US.