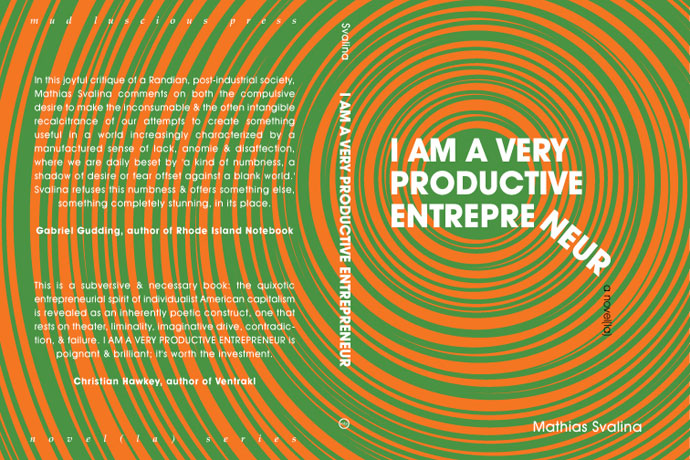 I sometimes find myself thinking about books in terms of how many calories I burned while reading them. I think I have always done this, as a child, even when reading in the bath prone on my back and never counting, the reading spread over how many days or weeks. It’s easy now for me to count because I do it on an exercise bike that counts them for me, so that at the end there is a number that suggests what has been consumed of me by me while holding the book there. Reading on a bike is balance of heightened attention to the reading itself as it serves to be the center of the function of the time but also is distracted with the general hum of the body in motion, rendering a kind of zone-state that feels both near and far, loud and without sound. A book of particular interest is powerful in this situation in that time while working out goes by almost as if unannounced, allowing the work to be forgotten, the body destroyed while unattended. The ultimate book perhaps would be the one that allowed me to stay on the bike reading in that state of nowhere until I had no body left, which is a logical fallacy, but so is reading.

Last week I burned 460 calories while reading Mathias Svalina’s I Am A Very Productive Entrepreneur. A book of this shape is conducive to the simultaneous-exercise format as it is short (67 pages), consists mostly of short paragraphs or lines that fill 1 or 2 pages before ending in white space unto the next section, and contains a narrative that continually restarts, breaking into fields that let the mind reset while the general tone of the books as it begins again carries you on. Essentially a series of descriptions of quasi-fantastical entrepreneurial exercises, each of which begin with the phrase, “I started this one business…”, the book outlines a series of enterprises that marry the insane or absurd with something warm: a business who brings daily glasses of sugar water to parents of dead children; a business that releases dangerous animals into neighborhoods; a business who takes photographs of hamburgers into starving countries. Svalina’s economy in elucidating the idea and knowing just how far to delve into its repercussions among humans is precise, not toying with novelty but going just far enough to show how from most any benign thing a world can be erupted. Imagination colonized by math that itself is colonized with a willingness to acknowledge that math as a product of the imagination.

In no short order there develops a rhythm to the logic of the parts of the book, the businesses, and the voice behind the businesses, the singular I inventor constantly dreaming up these impossibly applicable and yet no less moving conceits, that far transgresses what one might expect in such a space. I found myself having to stop several times from forward pedaling to reread a paragraph or line from how the text seemed to startle alive inside itself, making not a series of witticisms or fine-tuned human scenarios or even revelations, but something tugged by something larger behind the field: emotion derived from the sure hand of the author, and not for the sake of the emotion itself, but for something located only in the mechanism. Honestly, I could not stop thinking of David Foster Wallace, and how clearly he could evoke an emotion not by rubbing the reader’s face in supposedly human constructs, but almost by doing the opposite: taking such care in showing what could exist in something so outlandish, nimbly and logically selecting the ways into a place often both black and warm. Though Svalina is much more spare is his rendering, the same logically compelling texture, coined from such weird ground, is evoked. It felt nice to be able to think that naturally, among a field where every mention of Wallace seems more to mean Wes Anderson, or “this book was really long.” What is clear is that Svalina’s aim is as tender as it is wild-eyed, svelte as it is gymnastic, ferocious like a bedtime story that keeps going while you are asleep.

While I was in the gym with this particular book the only other two in the room were these two girls who were side by side on twin elliptical machine talking out loud to one another about getting drunk and who is fucking who. Both had iPhones in their hands and were typing on them and when not typing the text-message-received tone would splay like little aural mountains dinging hard into my head. I have come to love the space in the room where I would once be annoyed and now exists between me and my body and the book distracting me from burning up my body. I love the monoliths of the people that as you sink into something seem not quite to break the seam of it, but to represent the world sinking around you. There are things that exist and do not exist and yet there are so many places that they touch and being open to seeing that and finding that and elucidating that and in fact founding the ground that walks on is to me why art exists at all. I started to go up and touch them on the back as I was leaving and hand one of them the book and say this could have been written in some private way for you but I wanted to keep the book and they seemed fine.

I read the passage here in the book about the business that could find “the exact middle between any two things,” where “we use the word things here to mean not only objects, ideas, etc. but also things that are non-things, things that could not ever be thought of, or considered or eaten, or broken like a halogen lamp among the flurry of preteen sugar-rushers,” and could look up then and seem some kind of tone thrown on the middle distance, not stuck here and not gone really. I keep thinking now of the tone of the idea of how the band The Germs had tried to name themselves Sophistifuck and the Revlon Spam Queens but couldn’t afford to print it on their shirts and later they broke up and weren’t a band and the singer Darby Crash whose real name was Jan Paul Beahm killed himself with an overdose of heroin. I keep thinking of DMX rapping with his jaw wired shut in the studio after getting his ass beat by six dudes the day before he was to showcase privately for the VP of Def Jam, and was still able to bark with such power through the wire that he could not be denied, and signed a record deal that night. I don’t know why I think of that but I do and I am glad I do. I am glad I have less body than I did before I read the book and that where there was space for the cells disappear there was a moment of thinking that could enter, and a tone of words crushed into words. I think of the epigram I wrote to this review before I started the review and then deleted, an epigram for a review of all things, written by someone who does not exist: “I wanted to build you a machine that could not be built so that at last what you’d always wanted was all yours.” I think of what is pleasure in the world and why. I think of Svalina in his apartment at whatever machine having the word in his brain of a business that would write a book full of businesses and typing out the words of the mechanisms as they appear and then at some point standing up and going to drink a glass of water or go outside and look at the dirt.

I Am A Very Productive Entrepreneur is currently available from Amazon.