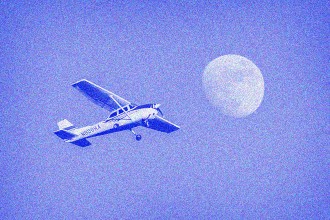 I was about to bring up Stephen Dedalus. Stephen Dedalus and his choice with regard to his mother’s dying wishes. And I will, soon. Very soon. Yet, I’m stopped here, though starting up again after almost abandoning the work once I made it to the defining utterance. I did start up again, though—I’m starting up again here—because I do believe in the work of this testimony, and its intent. On his deathbed, my father cursed me. I am a man who

I guess I can’t do this. Stephen Dedalus and his mother notwithstanding.

Testimony of family evils notwithstanding, of the secret sites of soul murder. My jumble of memories can be unraveled into coherence and proof of secret rights and wrongs, a narrative and argument in xxxxx* making sense of it all, even if strung out merely into the kind of sense emerging from

Above lines scribbled in the margins of a page torn from Flying Magazine December 2009, discovered wind-stuck on the chain link fence of a weedy Baltimore parking lot in the winter of 2012: excerpts from official National Transportation Safety Board (NTSB) summaries of general aviation accidents in the continental United States.

The airplane’s owner and his wife deplaned at their vacation destination after which the pilot would depart on the return trip to the airplane’s home base. After a lengthy discussion about the approaching storm from the west, the pilot concurred with the owner on a route of flight that would take the airplane east, then north to avoid the storm, before eventually heading west towards its ultimate destination. Instead, the radar data depicted a northerly track for the airplane after departure, before it turned on a northwesterly track directly towards its destination. An air traffic controller advised the pilot of “significant” weather along his route of flight, and the pilot acknowledged the radio call and confirmed that he was “weather radar equipped.” A Significant Meteorological Information (SIGMET) was issued for severe embedded thunderstorms in the area that included the route of flight at the time of the accident. Examination of weather radar data revealed “intense” and “extreme” weather in the area of the accident site at the time of the accident.

>PROBABLE CAUSE(S): The pilot’s failure to maintain adequate airspeed and aircraft control during initial climb after takeoff. Contributing to the accident was the gusting wind condition.

The pilot lost directional control of the airplane during landing rollout. It veered off the runway and ground looped, and a wing broke. An examination of the airplane’s records and landing gear revealed that, years earlier, the left wheel had been replaced with an incorrect part, which incorporated different sizes of bolt holes for each half of the wheel. During subsequent operation of the airplane one through-bolt that held the wheel halves together sheared. The bolt became lodged in the brake caliper, which caused the left wheel to lock up. This induced a turning moment, which resulted in the pilot’s loss of directional control.

> PROBABLE CAUSE(S): The installation and subsequent failure of an incorrect part, which jammed in one wheel’s brake caliper and induced the pilot’s loss of directional control.