Let’s Keep Doing This: A Manifesto 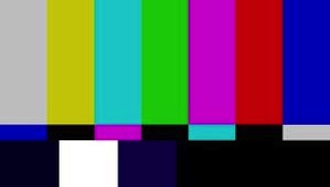 In Mike Ingram’s manifesto, “Let’s Not Do This Anymore,” he checks off qualities that lend to an awful live-reading experience:

“[S]ometimes it is the fault of the writers, like if they ignore the time limits and read three chapters of their novel-in-progress, or that humorless essay about the time their grandmother had cancer/Alzheimer’s/folksy life lessons to impart, or the slightly fictionalized account of those six months they spent in a third-world country with the Peace Corps, during which they discovered, to their complete and total surprise, that poor brown people are, in fact, also people, or if they insist on doing that weird poet voice that attempts to make uninteresting words more interesting by placing stresses on all the wrong syllables.”

I totally agree. Readings run the gamut—occasionally, they can be life-affirming experiences that culminate in a crushing boot to the heart or boom-box—but more often they are “the absolute pits.”

Let me add to Ingram’s list: Readers who mumble. Readers who go off script, add asides, who give the audience a winking nod for what’s to come. Readers who, in the most blatant act of not-giving-a-shit, read off their iPhones. Readers who read magical realism. Readers who write sexually-explicit fairytales. Readers who dwell in genre. Readers over 40. Shy readers. Unattractive readers.

It’s easy to wish for readers to be, subjectively, better. And I understand it sounds spoiled and naive to say that the majority of readings I go to are great. I serve as Creative Director for a literary non-profit called So Say We All in San Diego that puts on a monthly reading. After we accept a submission, the writers are required to attend a round-table workshop and a performance coaching session. I have yet to experience a boring show after this process.

But it’s shortsighted and one-percentish to offer a laundry list of “I did it, why can’t you?” methods to make an enjoyable reading, like pruning a dead tree. I would be ecstatic if every writer got performance coaching. You spend enough time editing your writing, so why not your performance? Why hasn’t that been built into MFA programs? The idea that an insular writer could exist seems insane in a culture that demands increased nimbleness on the reg.

And that’s exactly why we should keep doing this: to shake this idea of the insular writer. The fundamentally lonely writer.

I say this with love, but, man, writers are fucking weirdos. We perpetuate weakness and self-loathing. We’re bitter. We engage our detractors. We rely on alcohol as a social crutch. We shouldn’t allow ourselves any more opportunities to hide behind a screen or a book than we already have. We’re increasingly content with being “big on the internet” as if that held any more prestige than winning a pie-eating contest. We’re carefully constructed, edited and displayed to our satisfaction. Our friends publish us; everything we do is brilliant. We’ve built tiny, personal empires around unearned superlatives, non-confrontation and politesse.

I find it troubling that we not only indulge in the insular writer role—we revel in it. Heavy hangs the “vaguely sad” head that wears the crown. We like to advertise our loneliness, and in fact, are entitled to it. And when aggrandized sadness becomes a cliché, of course it’s going to permeate the internets, classrooms, and yes, the readings.

We need to get cut down every once in awhile, even if it’s only to temper the idea of the abstract, fundamentally lonely writer, to make that sadness earned. When was the last time you had an email correspondence regarding edits that didn’t begin with the positives, or “I loved this but…” It’s a little more difficult to sugarcoat a crowd of crossed arms or checking their phones.

We need live readings—yes, even bad readings— to be called out on our shit. Checks and balances, baby. When writers speak in favor against them, I can’t help but think they’re cheating, that they’re unfairly sustaining the image of success without the fear of fucking up in a the live arena.

At this point, I realize I’m coming off as a well-intentioned dad, that live readings somehow build character—not unlike going to church or raking leaves—and improve much-needed social skills (They do. And this, coming from a guy who takes anxiety medication). And, broken down, these are just one man’s opinions. It’s a little more difficult to argue against the inherent, boring qualities of readings that are no more escapable than, conversely, the excitement that goes with attending just about any other social gathering. Or as Ingram points out:

“If nothing else, a literary reading gives us all a chance to escape from our apartments, to mingle for a couple hours with a carefully cultivated slice of humanity,” Ingram says. “Not like riding a bus or going to the ballpark or a noisy bar, places where damn near anything could happen.”

But why not? Have we deified the reading experience to the point of banality? Are we so steadfast in our righteous sadness that spontaneity seems novel? When we go to any other event—a show, a movie, a birthday party—is that considered a “cultivated slice of humanity”? Just like our cultivated sadness, we’re just as content with fulfilling and perpetuating the roles of boring writers.

Honestly, it doesn’t have to be like this. Writers are not fundamentally lonely. It’s a luxurious life. It is a luxury to be a writer and be sad. We are not martyrs. Our writing is not doing anyone any favors. But when we stew the insular, isolated, quiet world we’ve created for ourselves, it’s easy to lose sight of that. And it’s pretty fucking hard to improve your voice if you never open your mouth.