Let’s Not Do This Anymore: A Manifesto 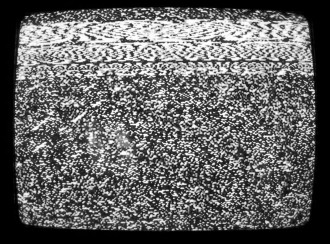 Good evening. Welcome. First off, I want to sincerely thank you for coming. Your being here, it’s no small feat, because let’s face it: no one really likes these things.

No, no, it’s okay to admit it. We’re all in this together. You’ve come here because a friend is reading. Or a former classmate. Or that shaggy-haired barista at the neighborhood coffee shop who’s always really friendly in the mornings, even when you’ve got a complicated special order involving soy and only like a tiny little smidge of foam, and who a few days ago nervously passed you a flier while staring at the counter and looking as if he might at any second burst into tears of embarrassment. You’re a good person to show up, to support these well-meaning if misguided literally ambitions. You should probably get some sort of write-off on your taxes.

Don’t get me wrong. There’s potential enjoyment to be wrung from the evening. It’s not all bad. If nothing else, a literary reading gives us all a chance to escape from our apartments, to mingle for a couple hours with a carefully cultivated slice of humanity, not like riding a bus or going to the ballpark or a noisy bar, places where damn near anything could happen. Here, among writers and readers and appreciators of the literary arts, you can rest assured you’ll be surrounded by people who are more or less like you: contemplative, vaguely sad, with reasonably refined taste in music and soft cheeses. We’re all shy enough we require a couple stiff drinks before even risking eye contact. You’re not likely to be accosted by a stranger and wrapped up in an unwanted bear hug. No one’s going to scream vitriolic insults in your face. Readers and writers, we’re crazy, sure, but we’ve got the good manners to bear our craziness quietly. We turn our fundamental loneliness inward, rather than blasting it out into the world.

All the stuff that happens before the actual reading, these last thirty minutes or so, that’s been fun, right? Or at least in the neighborhood of fun? All the vaguely sad reader and writer people milling around and making awkward stabs at small talk, lubricating ourselves toward the possibility of eye contact. And all the stuff that happens after the actual reading, that stuff’s fun, or at least there’s the potential for fun, all of us bitching/commiserating about our relative poverty, about a terrifying mass culture which every day loses a few more of the skills required to appreciate the complicated pleasures of the literary arts, not to mention a publishing industry that wouldn’t recognize a Fresh New Voice if said voice were to whisper throaty come-ons into its ear while sneaking a pair of moist fingers down the front of its dowdy Capri pants, a publishing industry which year after year lays bets on only the safest, most predictable dreck—exceptions made, of course, for the more successful writers in our presence tonight, whose published work, we’re sure to note, as we sidle up to them at the bar, is admirably bucking the trends, a rare bright spot in an otherwise soulless landscape of quote-unquote literature, and just to show our compliments are earnest we’ll buy these moderately successful writers a round of beers or whiskeys or both, meanwhile nursing our small, quiet hopes they’ll recognize in our witty, self-effacing banter the spark of underappreciated genius. Maybe they’ll even step outside to phone an agent or editor, or better yet they’ll simply scoop us up under their wings and carry us out of the sad, dark forest of our literary despair and into … well, probably just another forest, but one where a little sunlight occasionally makes its way through the dense canopy of trees and there’s a gurgling stream or maybe some birds, instead of wolves who howl through the night and all manner of mosquitoes.

It’s not the fault of the writers. Well, okay, sometimes it is the fault of the writers, like if they ignore the time limits and read three chapters of their novel-in-progress, or that humorless essay about the time their grandmother had cancer/Alzheimer’s/folksy life lessons to impart, or the slightly fictionalized account of those six months they spent in a third-world country with the Peace Corps, during which they discovered, to their complete and total surprise, that poor brown people are, in fact, also people, or if they insist on doing that weird poet voice that attempts to make uninteresting words more interesting by placing stresses on all the wrong syllables. So, fine, sometimes it is the writer’s fault, but six times out of ten, let’s say, it’s not their fault, they’re perfectly good people who’ve been trapped inside an untenable situation, forced to stand or sit at the front of a room and attempt to command the attention of this audience of friends and well-meaning strangers by hurling words in the general direction of your faces. Words which you could much better appreciate if you were reading them quietly, back at your apartment, nestled beneath a blanket, in a comfortable chair, holding these pages in your hands and trying to stave off your fundamental loneliness.

Yet here you are, not in the relative comfort of your apartment, but for once you’ve ventured out into the world. The smelly, terrifying world, where any awful thing could happen, and often does. You’ve gotten yourself lathered up with booze or caffeine or nicotine or a double dose of your chosen pharmaceutical until you’re actually feeling pretty good, all things considered. You’re holding your anxieties at bay. You’re trying out a little eye contact, a little small talk. A few more lubricating drinks and you’ll be well on your way to a real goddamned communion of the human spirit, i.e. bitching/commiserating about poverty and politics and the vagaries of the publishing industry et cetera, and with a little luck, a strong tailwind of whiskey and hubris, you might even screw up the courage to approach one of this room’s strangers—a not-unattractive bunch, you’re beginning to notice, now that you’ve managed to lift your eyes from the floor, a surprisingly attractive bunch, given your expectations for attractiveness among your city’s quote-unquote literary scene—and maybe if the approach goes well, if the bitching/commiserating goes well, you might even attempt to steer one of these surprisingly attractive strangers back to your apartment, where the two of you can wage war against loneliness in more significant, if no more lasting, ways.

Because having waded through the shallow end of small talk, having screwed up the courage to test the deeper waters of genuine human connection, you’ve been stymied, you’ve been interrupted, some asshole has come onto the mic and said now everyone please sit down, he’s tapped the thing a few times, cleared his throat, said everyone please pay attention, everyone please behave like docile children for God knows how long while this series of well-meaning if delusional writers stands or sits at the front of the room and hurls a bunch of words in the general direction of your face.

It’s a disgrace, is what it is. A goddamned travesty. At the very least, it is poor time management.

In this very room, at this very moment, there are so many ways in which we could band together in a collective fight against our fundamental loneliness. We could have a dance battle. We could stage a Quaker-style meeting, each of us speaking whenever the spirit moves us, offering up toward our various gods a prayer for kinder, gentler versions of the human experience. We could all hold hands and sing. We could initiate one of those hippie be-ins, which I’m too young to have experienced firsthand but which I’ve been led to believe involve acoustic guitar and light-to-medium petting and maybe even LSD, three things I think we’d all agree are far preferable to standing or sitting passively while a procession of writerly dudes and ladies hurl words in the general direction of our faces.

But of course it’s already too late for that. You’re in this thing now, without any real possibility for escape. Your only hope is to endure. The dude at the front of the room continues to drone on. You continue to pretend you’re listening, while instead your mind wanders to shopping lists, weekend plans, witty quips you might employ later, once this goddamned thing is over and you’re once again allowed to talk, when you’ll sidle up to some cute stranger or moderately successful writer and attempt to change, however briefly, the course of your life. Your mind starts to wander over the details of your recent life: to your mother, who lately on the phone has often seemed confused, repeating stories she’s already told you or forgetting which of her daughters she’s speaking with; to the old college roommate who no longer returns your emails; to the therapist you’re secretly convinced laughs about you behind your back; to old boyfriends or girlfriends who’ve moved on to better lives, a veritable Rolodex of regret, all of which you left your apartment in the first place hoping to escape.

You check your watch. How much longer can this guy go on before they give him the hook? You hear his words without listening to them, they’re just a droning white noise washing over your consciousness as you await the tonal lilt that will signal the story’s dramatic epiphany, will signal that the only thing left is a headfirst slide into a final period, a period at which we are, finally, mercifully, about to arrive, though without having reached any dramatic resolution. There will be no last-second swerve into the poetic. No life lessons save the obvious one about next time staying home. This coming period, it’s only a period, an ordinary mark of punctuation, a signal that the rant is over, finally, your forced captivity to this droning voice is over, finally, you’re about to be given back the use of your own voice. Finally.