INTERVIEW WITH AN EDITOR: GRAMMA POETRY 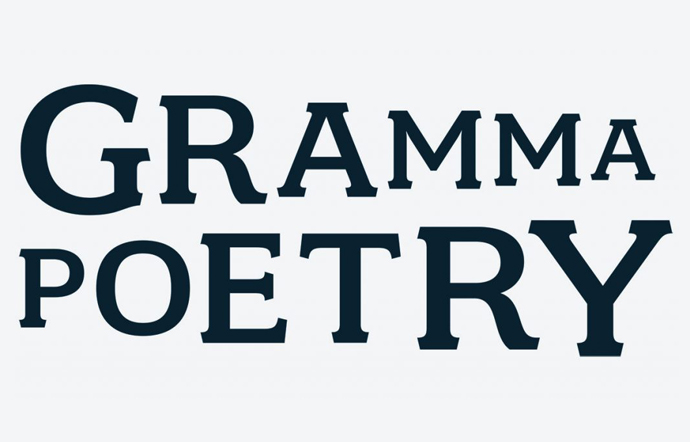 Shelby Shaw: You relocated to Seattle in order to bring Gramma to life with publisher William True. What is it that you’ve both aimed to do with Gramma that makes it stand out among the other presses of Seattle today?

Drew Scott Swenhaugen: We wanted to contribute to an already lively literary community. Our main goal has been to cultivate a culture of inclusivity and respect, and to support our authors as much as possible. Bill True and I share a love of visual art and design. Gramma started with the simple goal that many other presses share: how can we make beautifully designed books? How can design and visual art enhance the meaning of poetry? How can web design compliment book design? 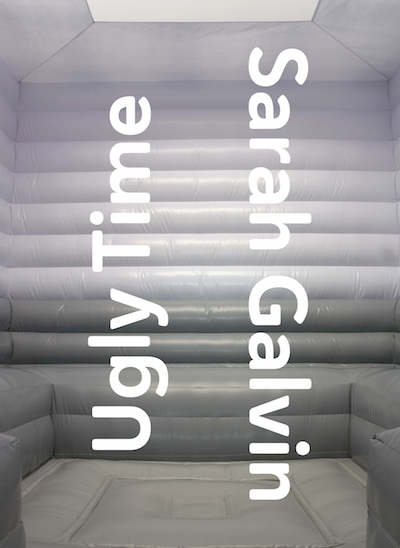 SS: The first full-length Gramma title is Sarah Galvin’s Ugly Time. The poems are a diaristic collection of brief observations and feedback on modern living, pop media, and the mutual trials of lovers. What was the book’s definitive element that made it the distinctive choice for Gramma’s début?

DSS: Publishing Sarah’s book as our debut was a no-brainer. She’s one of the best and most unique voices in the Seattle scene. Ugly Time‘s main concern revolves around how we (or how the “I”) navigates a city that is changing right before our eyes. It is a very “Seattle in 2017” type of book, yet this sense of urban negative capability can be associated with all urban areas. Ugly Time, I think, successfully balances itself with social critique and celebrating love and friendship. And it’s fricking funny. Like I said, a no-brainer.

SS: In tandem with the release of Ugly Time is Christine Shan Shan Hou’s Community Garden for Lonely Girls. Hou’s book is similar with its female narrator’s sensitivity to details, but differs in being less about the “I” consuming today’s world, and more about evaluating life through the lens of womanhood, matriarchy, and Chinese lineage. Did you choose to release Galvin and Hou together with the intent that they would be read as two different examples of Gramma’s poetry, or as two complementary titles?

DSS: Well said! Releasing these two titles in tandem was a very conscious decision. I think trying to describe why the two books go well together is a bit of a disservice to both. But yes, I think both books help set some sort of ‘tone’ for the press. My first encounter with Christine’s poetry was when I received her manuscript from a mutual friend of ours. I was really enamored with it before I knew anything about Christine or before I even met her. There was something historically and lyrically comforting about her poems, but they also carry a very unique sense of subversiveness to. Both of Sarah and Christine’s books are sledgehammers in their own way. I think Gramma is most interested in publishing sledgehammers. 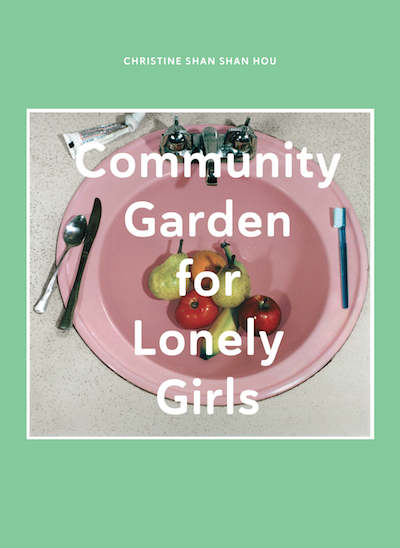 SS: The covers of both Ugly Time (Mungo Thomson’s Skyspace Bouncehouse, 2007) and Community Garden for Lonely Girls (Sandy Skoglund’s Pink Sink, 1977) combine the aesthetics of both art books and small press releases today. Was it important to convey our modern moment when designing these two covers?

DSS: From 2004 to 2012, Bill True operated Western Bridge, an amazing art gallery in Seattle. Bill and his wife Ruth have an extensive art collection. One (of the many) ways Bill contributes to Gramma is that each title’s cover will feature visual art from the True’s collection. From there, the author, Bill and I democratically select a piece that best represents the manuscript. This process adds yet another narrative (and a constraint) to the Gramma book series.

SS: Daily Gramma delivers new poetic content each day online, as well as sent directly to the inboxes of all who join the email list. Without needing to consider materials or production logistics, how is the selection process different for poetry you choose for the Internet’s page? Such an ongoing publication must be daunting to keep consistently flowing.

DSS: Extremely daunting, yes. The process would be impossible without the knowledge and help from Gramma’s eight Contributing Editors. We spent the months leading up to the website’s launch soliciting poets whom we admired. Each Contributing Editor has full autonomy as to what they decide to publish on the Daily. Nine autonomous Editors has allowed a great mixture of poems. Now that the website has been alive for a while, we are getting a lot of great submissions (and welcome more!). The Daily has essentially taken a mind of its own, with a lot of moving parts. Staying ridiculously organized and on schedule allows the series to function. Maybe that goes without saying.

SS: You have read so many writers in so many forms, from your publishing work at Poor Claudia and Octopus Books to the ongoing curation of Daily Gramma. How did you approach the process of selecting the five full-length works to publish for Gramma’s inaugural year as a press?

DSS: I feel blessed to have always been able to read a constant flow of new poetry. I hope every editor thinks this, but I really have to fall in love with the work; I have to see the future book (in its physical form) in my head. Looking for manuscripts while beginning a new press relies heavily on the individual author’s trust. Why would an author want to publish with a press that has no history? This goes along with the idea of creating a sense of a culture within Gramma, supporting the author every step along the way. I’ve said this to all the authors chosen thus far: when you’re with Gramma, you’re family. Creating an intellectual and emotional support system for the author is the press’s fundamental responsibility. Hopefully that becomes evident to readers as well.

SS: Do you feel that the Internet, self-published blogs, and a rise in homegrown printing efforts are threatening to the longterm success of a newer press?

DSS: Threatening, no. Language can be encountered in so many ways, it’s incredible, and should be celebrated. Do presses have to live within their means and be extra creative with how they get their books out there? Absolutely. Appreciating audience and community in the real physical world will never lose its importance.

SS: Would you say print and digital publishing formats are mutually beneficial to each other—such as having printed works simultaneously available for free online—or do you see the two modes as being in constant tension with each other? Do you think some poetry is fit only for one reading format?

DSS: I’d be lying if said that printed book didn’t possess more holiness for me. As a book designer and typography geek, the book as object is an obsession. I think both print and digital publishing (much like form in poetry) are beautiful constraints. What can we fit on a web page? What can we fit in a book? How can we blur or critique or abolish those constraints? I guess that constant tension between print and web is ever-present, but that tension is fascinating.