Destruction and Decadence: An Interview with Juliet Escoria 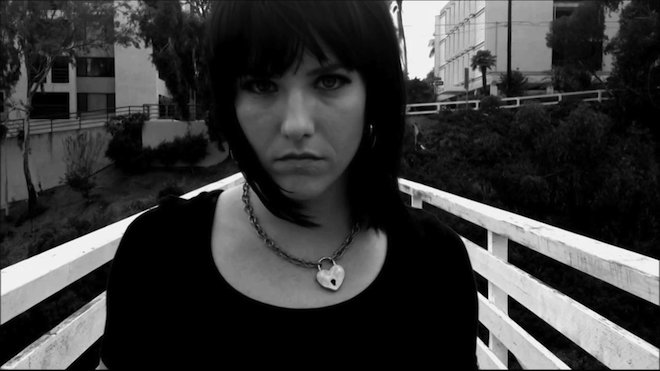 This week, Juliet Escoria’s excellent story collection Black Cloud was released by Civil Coping Mechanisms. She has also been making videos inspired by each of the twelve stories and periodically releasing them on a Black Cloud vimeo channel (there are eight up right now). The most recent video, “Heroin Stories”, was released earlier this month. These days, it’s pretty standard to release a book trailer, but I’ve never seen anyone plan to release videos for every single story in a collection. This ambitious project makes Escoria the micro-budget Beyonce of indie lit.

Like the stories in the book, the videos project strange rhythms and imagery, while dealing with the dark spaces of mental illness and the mind. Visually, they have a variety of different looks and references. Some resemble music videos, others short documentaries. One of the videos gets Lynchian, another incorporates Brion Gysin’s cut-up technique, and a few of them use an iPhone app that simulates super 8mm. All of them radiate with Escoria’s distinct voice. Literally, since she narrates the videos and appears in them, but they also have the same dark wit, poetic bluntness, and haunted vulnerability that I’ve enjoyed in her writing.

I emailed Juliet Escoria to learn more about the Black Cloud videos, and to conduct an interview that revolved around film and video, as well as the relationship between her filmmaking and her writing.
FANZINE: Where did you get the idea to make videos for all the stories in Black Cloud? Were you shooting a video as its own project and then you came up with the idea? Or was making videos for all the stories something you had in mind from the beginning?

JULIET ESCORIA: I had the beginning of the idea back in the summer of 2012. I had just moved back to California and I didn’t have a job yet and I was spending a lot of time wandering around the canyons and beach near my house at night. My neighborhood is really bland during the day, but it’s fucking creepy at night – I’m pretty sure the canyon behind my house is haunted. I had written “Grunion Run” a few months before that, and it was going to be published shortly in Everyday Genius, and I kind of wanted to elaborate on the dark side of pretty, sunny Southern California. I took my camera and a couple flashlights to the beach one night and filmed some shit of me and the seaweed and things like that. I never intended to show it to anybody; I was just messing around, trying to figure out if I was even capable of making a video. But then I put the idea aside because I thought it was stupid and would take away from my writing, which seemed more important at the time.

I didn’t set out to write a collection of short stories until March of 2013. When I started putting the stories together, I was concerned with how to set my work apart from other collections. I’ve always been into visual modes of art, but I had kind of shelved working with them when I got serious about writing. I figured it would be a good, unique way to exercise that muscle, as well as set myself apart.

FZ: It’s interesting to me how some of the videos incorporate text from the story or variations of the text (“Grunion Run”, “Mental Illness on a Weekday”), but some don’t at all (“Fuck California”, “I Do Not Question It”). They have a different text or narrative, but share a similar theme or mood. How do you view the videos in relation to the stories? Do you view them as a way to promote the book and stories, similar to a book trailer? Or do you view them as an extension of / an alternative version of the stories in the book? Were any of the stories and videos made at the same time?

JE: The stories were all written ahead of time. I did want them to draw attention to the book, so in that way they are like a book trailer. But I also thought of them as a sort of window— a way to extend the story, or show the groundwork beneath them. A lot of the ideas behind Black Cloud have to do with being vulnerable and naked, and the videos (and the pictures in the book, for that matter) are another way to deepen that.

FZ: Writers spend a lot of time alone and don’t need collaborators to get the job done. Filmmaking, however, is usually more collaborative. Even on a very amateur level, I’ve always thought there’s something exciting and adventurous about making a video or film with friends. You’ve had Sunny Katz and Scott McClanahan assist with your videos, got a bunch of people to be written on for the “Reduction” video, and had musicians contribute their music. What was the experience like of making videos with those people?

JE: That was another motivating factor behind the videos. I’m more social than most writers, and while I can be pretty misanthropic about society as a whole, there’s a lot of people that I deeply love in this world. It seemed like fun to work in a creative manner with other people, and I was right. If you could hear the original audio to most of the stuff I did with Sunny – well, here is a short example. There’s something ridiculous that I really enjoy about doing things like walking down to the beach at night with a giant ax, or spitting fake blood at your best friend in the bathtub.

JE: Yes, I’m going to be working with Chris Uphues for one of the videos. He’s an amazing painter and street artist who is a former roommate of mine, and he’s definitely got a literary bent. He’s done artwork for Joe Meno and The Atlas Review, for instance, and I’m pretty sure he’s more well-read than most writers.

The video I’m working on now involved me asking people to tell me about their experiences with heroin, and that was really fun. You learn a lot about people by doing something like that: I feel like just about everybody has to have some experience with heroin – whether it is their own, or a friend of a friend of a friend – but some people were really closed off about it, while others had no problem at all with saying things about themselves that are unflattering or incriminating, and the disparity was really interesting to me.

I definitely want to collaborate more. I’m running out of ideas, so stealing other people’s seems smart, at this point. 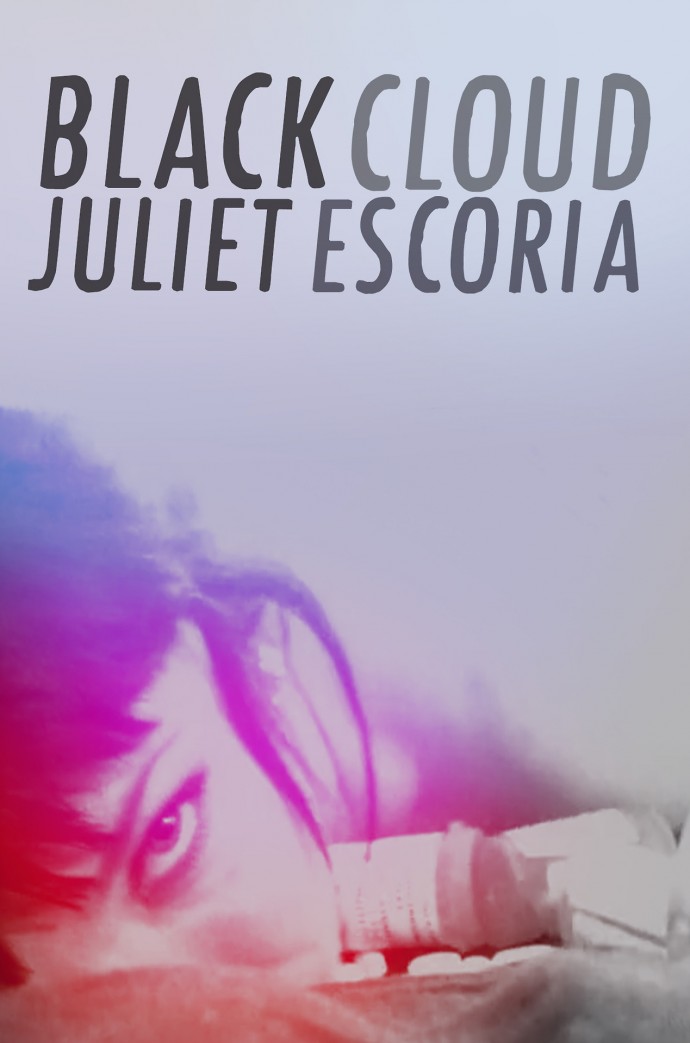 FZ: Film influences a lot of writers’ work. Are there any movies or filmmakers that influence either your writing or your videos?

JE: I enjoy watching movies, just like almost everyone else in America, but I really don’t know shit about film. I guess, in terms of atmosphere, I’d have to say David Lynch, Sofia Coppola, Santa Sangre, Electrick Children…

FZ: What are some films or videos that you have enjoyed recently? Or have an opinion on?

JE: I really liked both videos that Vampire Weekend did for “Diane Young.” I like that they did two videos instead of one, and I like that one featured destruction and the other featured decadence. I am into both of those things. If I had an actual budget to work with, I would be making videos that featured both destruction and decadence. I really wanted to film myself breaking a lot of shit for the first video, but I quickly realized you need a space to break a lot of shit, which is something I don’t possess. If you are reading this and want to help finance my dream of breaking shit on camera, please email julietescoria at gmail to discuss.

I spent an evening a few months ago watching the music video for Phosphorescent’s “Song for Zula” over and over and crying. I’m not sure what about it was making me cry. Probably because I’m emotionally unstable, lol. But it’s an amazing video – super simple, super effective, and the feel of the video fits the feel of the song.

I also like this music video by Portugal. The Man. It’s really disgusting. Disgusting, decadent, destructive. These are all adjectives I like.

FZ: Do you have a plan or schedule for releasing the videos for the remaining stories? Are you currently working on the next one and when will it be released?

JE: I do plan on making a video for each story. I had been releasing one once a month or so, but I had a really busy winter quarter (I teach college) and I didn’t want to stress myself out over self-imposed deadlines, so I decided to take a break. I plan to go back to the once per month thing, but the book comes out and then two months later I’m getting married and moving across the country, so maybe I won’t have the time. But yes. A video for each story will eventually be created and released. It’s too late to stop now.