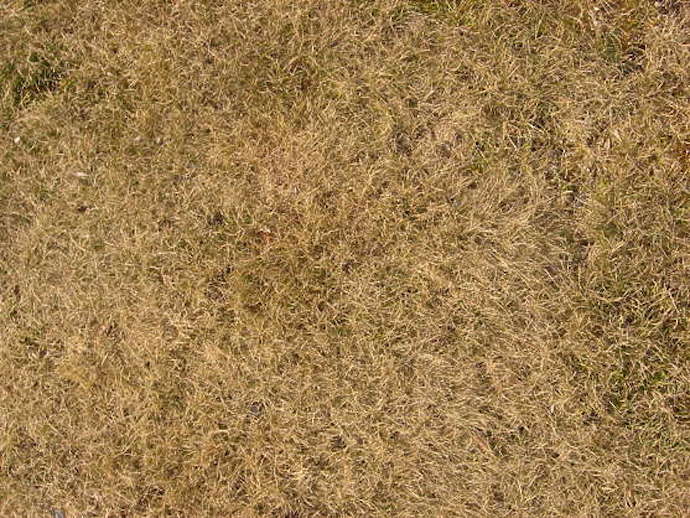 For two months I lived in a hostel in Columbus, Ohio.

There were five of us altogether.

There were two heroin addicts.

And there was Chloe.

The right side of Keith’s head was shaved.

The part that wasn’t shaved went down to his shoulders.

He was a nice guy.

It looked like it’d been bleached a couple hundred times.

It looked like if you pulled on it, it’d rip right out.

Oh, and it looked like a patch of dead grass, too.

Nights, they’d doze off on the couch in front of the TV.

Start movies and wake up to the credits rolling.

I was afraid they would steal my things.

I lived in the room upstairs.

I didn’t have much but I had a laptop.

I didn’t have a job.

I sat in the living room.

At the kitchen table, I watched movies on my laptop.

I tried to smoke cigarettes.

They hurt my throat.

Keith liked to talk to me about books.

Whenever he saw me reading he’d tell me to read something else.

He told me to read Dog Soldiers.

He told me to read You Can’t Win.

He told me to read Junky.

All of the books he liked had heroin or runaways in them.

He told me that when he was a kid, he’d wake up in the middle of the night.

He said his stepfather would be standing at the end of his bed with his pants down.

She kept to herself.

But she was nice too.

She always said hi to me.

Keith was from Arizona.

He came from money.

He had an SUV.

One night the three of us went out for burritos.

We went down to High Street.

I drank a beer and ate my burrito.

They drank grape sodas and ate their burritos.

On the way back to the hostel, Keith pulled over to the side of the road.

He got out and ran into an apartment building.

He was only in the building for a few minutes.

When we got back, Keith and Chloe went into the bathroom.

I was used to it.

asleep on the couch.

They’d see me and they’d smile a sleepy smile.

things and sell them for dope.

I was always so scared.

But I wasn’t scared of Oscar and Martin.

They lived in the room across the hall from me.

They were from Brazil.

They came to America to work bad jobs.

They liked it better here.

Oscar made almost no money and he worked hard.

He cleaned a soccer stadium with a crew of people.

Picked up trash all day.

He woke up early and went to work and he came home late at night.

He was tired all the time but he had a good attitude.

Martin worked at a store that sold cell phones.

He made more money than Oscar.

He liked to go out and get drunk.

He wanted to have fun in America.

One night Oscar and Martin convinced me to go out with them.

We went to a pizza parlor.

They spoke Portuguese and made fun of Mexicans.

They asked me if I had a girlfriend.

I told them I didn’t.

They told me what kind of women they liked.

They liked women with experience.

Martin told me about prostitutes in Brazil.

Martin told me that if I ever went to Brazil, we’d go fuck prostitutes together.

Martin told me about his girlfriend back in Brazil.

She was ten years older than him.

We drank a pitcher of beer and ate a pizza.

We drank a pitcher of beer and ate a pizza.

When we got back, Keith and Chloe were asleep on the couch.

I went into the bathroom.

I found a bloody cotton ball on the floor.

I found a little bag of heroin by the sink.

I went into the living room and looked at them sleeping on the couch.

I went upstairs to my room.

I called the owner of the hostel.

His name was Eric.

I told Eric I was scared.

I told him about the bloody cotton ball and the bag of heroin.

Eric said he’d deal with it.

He’d tell them to leave.

They’ll kill me if they find out I told Eric, I thought.

They’ll kill me and they’ll take my things, I thought

The next morning I expected to see Eric.

I expected to see Keith and Chloe carrying their things out of the hostel.

I expected to see the SUV drive away, down the street, never to return.

When I went downstairs I saw Keith and Chloe on the couch.

They were wrapped in a blanket.

They went outside for cigarettes.

I went outside and bummed one from Keith.

Keith always bummed them to me.

We smoked on the porch in silence.

We could see our breath.

It mixed in with the smoke.

They’re gonna kill me, I thought.

Chloe was wrapped in a blanket.

She picked at the flaking white paint of the porch.

“Come on. You know what I’m talking about,” Keith said.

“It’s pretty obvious what we do all day,” he said.

Chloe flicked her cigarette into the street and went inside.

Keith stubbed his cigarette out onto his shoe.

“Anyway, thanks for being so cool about it,” he said.

I followed Keith back inside.

He plopped onto the couch next to Chloe.

I got his voicemail.

They’re going to kill me, I thought.

A week went by and I never saw Eric.

I guess Eric never did anything.

I guess he needed their money.

So everyday was the same.

Keith and Chloe on the couch.

Oscar and Martin at work.

Me at the kitchen table watching movies on my laptop.

One night Keith and Chloe got up from the couch.

They went into their room.

Oscar and Martin went out for drinks.

I moved from the kitchen table to the couch.

I started watching a movie on my laptop.

An hour later Oscar came through the front door.

He sat down on the couch next to me.

I paused the movie.

Oscar put his head in his hands.

He raised his head.

He looked at me.

There were tears in his eyes.

I wanted to keep watching the movie.

I turned back to my laptop.

I continued watching the movie.

He wobbled away from the couch.

I paused the movie.

He turned to face me.

He took a step toward me.

He put his hand over his mouth.

A spray of vomit erupted from between his fingers.

And then another spray.

It rained down on me.

It came out of his mouth like water from a hose.

He looked at me.

I felt the vomit on my face.

I saw it through the lenses of my glasses.

I saw it seep into the keyboard of my laptop.

I felt it on my shirt and on my pants.

The screen of the laptop went black.

I stood up and removed my shirt.

I used my shirt to dry the keyboard.

I used my shirt to clean my glasses.

He went upstairs to his room.

I dropped my laptop onto the couch.

I went down to the basement.

I took off my pants.

I put my pants and my shirt into the washing machine and turned it on.

I went into the bathroom and turned on the shower.

I took off my boxers and stood under the hot water.

I didn’t want to be in Columbus, Ohio anymore.

I didn’t want to be afraid anymore.

The next morning, Keith and Chloe were on the couch.

I told them about Oscar.

I told them about the vomit.

I told them about my laptop and how it was fried.

“Tell him what happened. Maybe he can give you some money for it,” she said.

I knew Eric wouldn’t give me anything.

I called him anyway.

I got his voicemail.

I didn’t leave a message.

I called every computer store in Columbus, Ohio.

They all asked me the same questions.

They asked me what was wrong with my computer.

So I told them about the vomit.

I told them it wasn’t my vomit.

They said they wouldn’t touch the computer.

They wouldn’t look at it.

They were sorry but they couldn’t help me.

I went upstairs and knocked on Oscar and Martin’s door.

There was no answer.

I went back to my room and sat on my bed.

I tried to read a book but I kept thinking about my laptop.

I kept thinking about how I’d never watch a movie on it ever again.

I kept thinking about Oscar.

I kept thinking about how I’d murder him.

I would murder him and take his things.

The next morning, I heard Eric’s voice downstairs.

Eric was standing in the living room.

He was looking down at the couch.

He was talking to Keith.

He was talking to Chloe.

But they weren’t looking at Eric.

They were looking at me.

Eric was telling them they had to leave.

He said, “Either you leave now and nothing happens, or you stay and I have to call the

And then they were carrying their things out of the hostel in garbage bags.

And then they were shoving the garbage bags into the back of the SUV.

Eric followed them in and out of the hostel.

He watched them load their car, hands on his hips.

Keith and Chloe looked at me the whole time.

I wanted to apologize but I was scared.

So I just stood on the porch with Eric.

And we watched the SUV drive away, down the street, never to return.

But maybe one day they would return.

They would return to kill me.

They would return to take my things.

“Why’d you have to kick them out?” I asked Eric.

They were good people, I thought.

I hope I never see them again, I thought.

We went back into the living room.

“A hostel down the road got busted for heroin yesterday,” he said. “I’m sorry it took me so

“How many hostels are there in Columbus, Ohio?” I asked him.

I sat down on the couch.

It was my couch now.

I put my feet up on the cushions and sprawled out.

And that was that.

I lived alone in the hostel.

And a few weeks later, I left Columbus, Ohio.

And I never saw Oscar or Martin or Keith or Chloe or Eric ever again.

But sometimes I dream about Oscar.

I dream about murdering him.

I dream about murdering him and taking his things.

Joseph Grantham is the author of Tom Sawyer (CCM Press 2018) and Raking Leaves (Holler Presents 2018). He lives in America and runs Disorder Press with his sister.