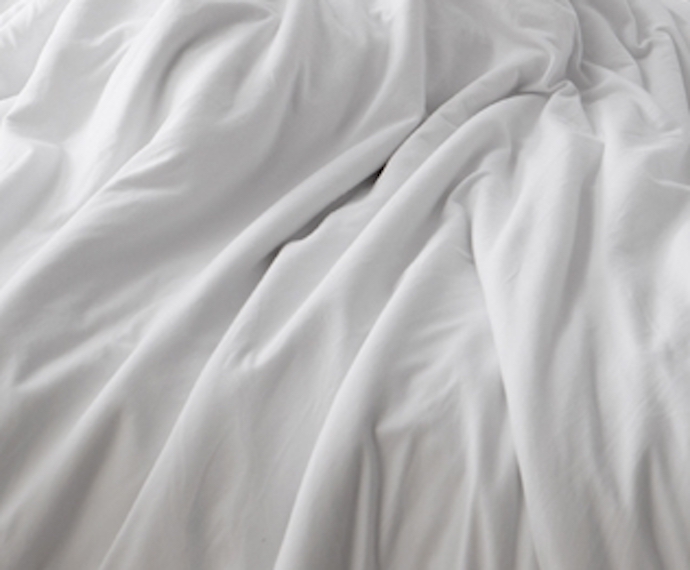 There are men in my life.

Chad is my boyfriend. Chad is a gorgeous, young. All sinew and ass. A tall glass of water with a lilting essence of naughtiness well-hidden. Brad is my co-worker. I have a crush on Brad. Brad is quite attractive in a devil-may-care kind of fashion. Brad is tall, dark, and handsome. He is older than I and as such has a confidence and charm I both aspire to in myself and respond to in involuntary ways. I also have a crush on Chad, of course. Chad is my sweetums! Chad is like the perfect home cooked meal that will also tie you up and suck your clit if you ask the perfect home cooked meal to do that after you have eaten perfect home cooked meal for the ten millionth time and still managed to taste joy and nice flavors within. More important than that, I am in love with Chad. He knows some of my fear. We share meals, pheromones. If one of us falls ill, the other of us either will or will not fall ill. I give Chad most of my winks. Chad grooms me into the nights.

Brad does not know these things about me. If Brad fell ill, I might not even know unless he happened to be near me for a work-related project and grabbed a tissue or if he fashioned eye contact with me to let me know he was communicating only with me in that moment and as our pupils diamonded in societally-bridled lust Brad said:

Dear me, I’ve fallen ill. I am ill at this time. Remember my recent absence from our place of employment and core affirmation in this absurd reality? Illness was the cause.

Chad and I are always expanding our intimacy by confining each other to just the other of us and really diving in deep waters of our interests, tastes, and turn-offs while simultaneously building our individual brands of resentment as a result of watching our mutual projections of one another crumble into not-daddy not-mommy in the ensuing seafoam wreck of intimate knowledge of one another and also of ourselves. Perhaps most important for me is the reality that Chad is not-Brad. Chad can be very private (as can Brad) but I know Chad because of time and intercourse yet Chad’s true-to-himself nature renders him still private, even to me, despite me in his life plus time.

This private nature drives me wild. I am such not this way.
Me, an open book. A bleeding heart. Buttered muffin.

I feel my thirst for unadulterated adoration go unquenched. He pursues aromantic interests that are individualistic in nature. He is interested in fashioning wooden things from large pieces of wood. For an example. He is suddenly good at juggling. One more. It seems that I am the stale little rice cake on the shelf with but a dash of cinnamon.

At work, I am no longer eye apple of Chad’s eye in much the same way as I once was. It used to be he could not keep his hands, the way I drove him. The passion. Breathing.

Each passing week Chad becomes more distant, though we file in and out the building as one. Flocked. Ascending and descending the Ark of our earnings each time the sun does one or the other for that day. We blow off steam with dirty waters. We speak of Brad.

Oh, Chad is also my co-worker. Brad is also Chad’s co-worker. Chad also has a crush on Brad. On more than one occasion, I have suspected that Brad finds Chad to be a fine specimen of co-worker. I get them all this way. I am a company gal and I live my life in honest unashamed transparency of my particular codependence and floofy, hot nature.

I wish that Chad would look at me the way I look at Brad.

I look at Brad in a way that says: For nigh on three years, I fought and fought to not succumb to the panty-sopping lust that envelops me when we so much as flounder eye as you exit the restroom and I look over, the universe alerting my body to your presence before you could even do such and sniffing your approach somehow preternaturally I now experience this familiar terror of you seeing me see you too well and though I am ashamed and ruddy at my brow more than that my nipples are stoned in your command and eventually I did give in. I’ll never forget the first night I allowed myself to whisper: Brad! In a hushed hiss as I came shuddering quick in my blushing sheets and when I told Chad I was finally brave enough to jack off to you, Brad, Chad laughed but was also taken aback by the daring of it all this was when Chad and I were co-workers but not yet boyfriend girlfriend though we had had extensive biblical knowings held in private in our homes’ beds and also in public, me screaming out in a little echo above a compost bucket with peoples’ shit in it beside a highway overpass.

My boyfriend before Chad is not my co-worker but the boyfriend before the boyfriend before Chad is my co-worker and is also Chad’s co-worker and is also a co-worker of Brad’s. They all quite enjoy being around one another and hope to have work and work-related projects where they can all gesticulate in their unique but similar ways and push their glasses up their noses and readjust their large and ready cocks so that they are upward in the waist band and not visible to the un-looking eye so that they could all descend upon me in a wanton yet considerately scheduled flash of rampant grab-ass in the biggest elevator around at our place of employment and core affirmation in our absurd reality. They’d all congratulate one another upon pleasing me and I would sleep alone that night free to touch my own self safe in the fantasy of recent memory and away from that crushing hunger of men the crude tang of their swarthy, boiled bouts of heat.

Chad and Brad are the same astrological sign. It is a sign that is infamous for being this sort of way, though sometimes people of this sign act in that sort of way. Wow!

Now, I am no fool. Fantasy is not reality. Reality is a fine time and a privilege to ache in. Fantasy is a train where no one knows where they are going and they are all shouting as if they are surprised by the movement though they’d been counting on the movement the entire time or else they would not have boarded a train. I realize Brad is a Grecian Urn and Chad is Marlboro Man Next Door waiting to delight me should I put in the work of both him and myself since we are talking about a Man and since we are talking about the Men in my life. Cats and dogs, ladies and gentlemen. And everyone, too.

Kate Jayroe is a bookseller and writer in Portland, Oregon as well as a staff member with the Sewanee Writers’ Conference. Her chapbook, Parts, is published with DorsaBrevia Press. Work by Kate can be found in Tammy, Vol. 1 Brooklyn, Joyland, Juked, and elsewhere. More at katejayroe.com