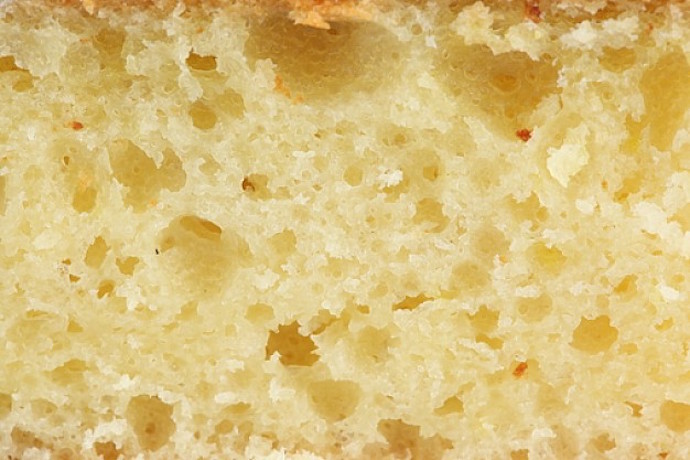 As the pedicurist applies a color called Dancing on Eggshells, the mother-to-be flips magazine pages—before-and-after photos of wardrobe makeovers, weight loss results, and kitchen remodels. She wonders whether the color will show in the photos she eventually frames on the walls of her home. The mother-to-be standing by a lit window, barefoot, her torso draped in gauzy fabric. She will look both earthy and ethereal, like a stone skipping the shimmering surface of a pond, just before the stone sinks.

Only she will not sink: she will shed.

She thinks of the belly-shaped cake her friends presented at her shower—smooth fondant enveloping the crumbly insides like a skin. How the knife sliced through that skin and out came the crumbs and out came the baby, a tiny plastic thing no longer than the tines of a fork. The proportions all wrong, the way the baby, fully formed, took up no more space in the cake belly than a button on a blouse.

The mother-to-be’s proportions are wrong, too, which is why she is getting other work done in addition to the removal of the baby. Liposuction in the thighs. A tummy tuck. The sagging bits from her triceps removed. Her doctor warned that she would not be able to hold the baby for several weeks after.

When she emerges from the anesthesia, camera-ready, she will not mind that she cannot hold the baby. She will think of all that she has been unburdened of, and she will feel light, the way she did in college, when she’d stuff pizza and brownies into her mouth and then regurgitate them like a mother bird into the waiting mouth of the toilet bowl. Before and after, she’d whisper to herself as she flushed.

Michelle Ross is the author of There’s So Much They Haven’t Told You (2017), which won the 2016 Moon City Press Short Fiction Award. Her fiction has recently appeared in Hobart, Electric Literature’s Recommended Reading, Threadcount, TriQuarterly, and other venues. She is fiction editor of Atticus Review. She lives in Tucson, Arizona. www.michellenross.com.