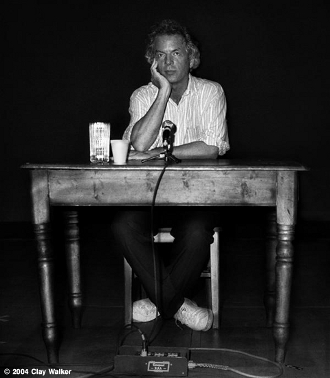 And Everything is Going Fine: Soderbergh on Spalding Gray

Actor and monologist Spalding Gray’s suicide was all the more upsetting because he was an artist who seemed so intensely engaged with life. It seemed to say something a little unpleasant about life itself that he should choose to leave it behind. Although as Steven Soderbergh’s new documentary makes abundantly clear, Gray’s lifelong fascination with death was hardly a secret. Theresa Smalec interviewed Gray on January 9th, 2004, the day before his disappearance. Here she reviews Soderbergh’s film which is – appropriately enough – narrated entirely by Gray himself.