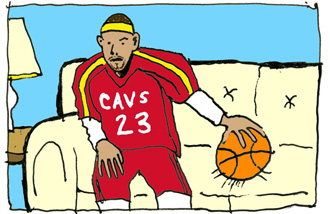 A Two-Week Disney Waltz: Thoughts on the 2009 NBA Finals Between the Los Angeles Lakers and the Orlando Magic

In our preview, the line was Lakers in 6, they got it in 5.  We didn’t see the LeBron James and Kobe Bryant matchup that some were hoping for. No, while James, perhaps Cleveland’s highest figuring GDP, was couching it for the 2009 NBA final series, before the first tip off Jason Jude Chan imagined what may happen over the next couple weeks as a largely favored Los Angeles Lakers took on a somewhat less formidable Orlando Magic. Art by Danny Jock. 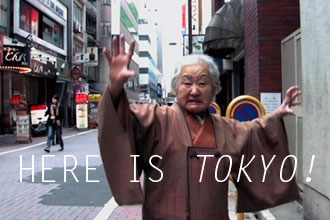 Jason Jude Chan brings us his latest review in record time—it’s the editors who got it up slightly late. Chan has a penchant for showing us the better film on a big movie weekend (see his review of Gomorrah which opened the same weekend as the new Friday the 13th). Here he reviews Tokyo!—a triptych by three directors (Michel Gondry, Leos Carax, and Bong Joon-Ho) of the fantastic city. Tokyo! opens this weekend in New York City.

In case you’ve decided to make like Grandaddy and take leave of Crystal Lake (ok, they weren’t talking about the same Crystal Lake) this Friday the 13th, there are other film options for those seeking a more sophisticated night out on the town. Besides teenage sex and homicidal psychos, the most indelible archetype of film is the gangster (who also usually fit in the "homicidal" category—just not the maniacal, unkillable type)—their roles cross-culturally romanticized and cast as creatures cursed by habit, vengeance, misery, and the insatiable taste for power. We obsess over shadowy hands, and mythologize the organizations behind velvet curtains and behind MAC-10s. Here, Jason Jude Chan reviews Matteo Garrone’s Gomorrah, opening today (February 13) in limited theaters. 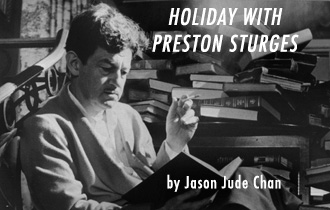 This holiday season forget about George Seaton and a Miracle on 34th or Frank Capra and his Wonderful Life; for a change of pace, if you happen to be in New York City, come down to Film Forum for an homage to one of Hollywood’s greatest, Preston Sturges, the writer and director of Christmas in July and many other brilliant screwball comedies. The festival “Essential Sturges” runs from Christmas Eve through New Years day. Jason Jude Chan previews.