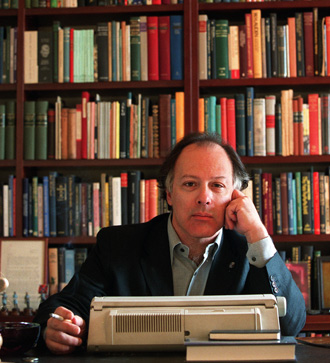 One, Two, Three and Four: Bad Nature, or the Literary Universe of Javier Marias

The politics of telling usually don’t vary much from the school yard through adulthood; the semantics and subtleties are among the few tacit principles in life that remain static. Here, Eli Evans explores the dangers, repercussions, and motivations of the urge to tell in some of the works of Javier Marías, from the diminutive Bad Nature, or With Elvis in Mexico to the Proustian Your Face Tomorrow and finds the similarities striking, the characters’ predicaments, their impulses to tell their stories, which in more than one way reveals their methods for escaping an unexpected death in a foreign country, and ultimately their own survival. 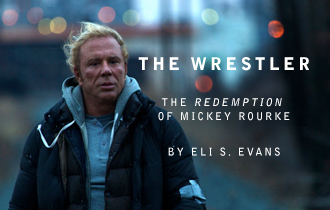 The Wrestler: The Redemption of Mickey Rourke

The line that keeps circulating about Darren Aronofsky’s The Wrestler is that, in it, we witness the resurrection of Mickey Rourke. This ain’t exactly the truth.  Rourke, the once baby faced tough who earned early comparisons to Dean and Brando, never went anywhere, ‘cept away from Hollywood for a bit, a circuitous route that saw him back in the boxing rings of his pre-acting youth and on the shit list of most everyone in Tinseltown. But he’s crept back with his villainous role in Sin City, and what happens in The Wrestler isn’t necessarily Rourke’s resurrection, but his redemption. A welcome return to form, however it’s put.  Review by Eli S. Evans.