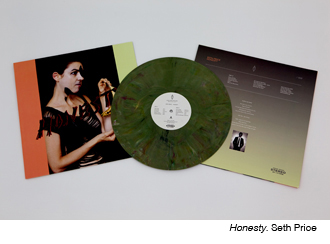 Here’s the first installment of Bradford Nordeen’s coverage of New York’s “Art Week” for Fanzine. He starts with a ‘“mini art fair” that showcases the “accessible & impressive”’ that began two days before the Armory and especially enjoys work by Audio Visual Arts (AVA). Check back on this link daily for the next few for updates, Armory, Volta… 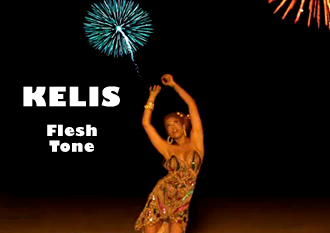 Kelis Has Gone All Fourth Of July On Us Mofos

"Nothing I’ll ever say or do will be as good as loving you," croons Kelis on "4th of July (Fireworks)" from her new album. Francis Scott Key couldn’t be prouder, were he not some gross ramshackle of bones. Darling diva (and should be bigger, capital D, Diva) Kelis is releasing a new album this week in the States, on the heels of America’s Independence Day anniversary (been out in England a month, the LP). Bradford Nordeen looks back on a somewhat checkered career, like a bare knuckled butterfly pretending to be a moth to the fame flame…(ok blame us for that lame analogy). Nevermind…All hail Kelis! Torch the neighbors’ houses with bottle rockets!

The growth of positive depictions of gay chracters and themes on television likely has as much to do with advertising demographics as recent shifts in public opinion and, true to form, Rupaul’s Drag Race is packed with as many product placements as the other reality TV shows it mirrors. Bradford Nordeen, author of Fever Pitch, highlights the pleasures and frustrations that the show has to offer as well as how it literalizes Warhol’s maxim about fifteen minutes seconds of fame.