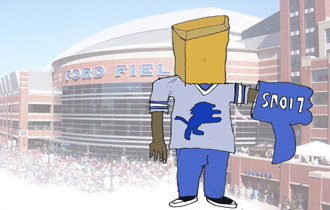 We still have a ways to go till Thanksgiving. That’s the day the Detroit Lions annually offer up their gullets in ritual sacrifice to another football team for all of America, plump with turkey, to see. But after this year’s awful season beginning, even cheesehead fan Adam Underhill is already saying enough is enough. Will someone please step in and save the Detroit Lions? Is it possible? The Giants came back from 0-2 to win the Superbowl last year. Maybe Fanzine’s rant here will be enough of a psychic prompt to turn the tides for the motor city’s beasts of burden. Uhh…yeah… 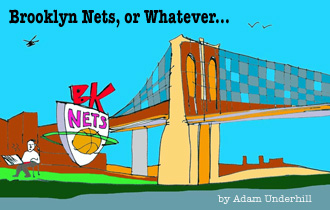 Brooklyn Nets, or Whatever

Some in Brooklyn are still pissed that the Dodgers moved to Los Angeles. Does the NY borough deserve another chance to hold onto a major league team? (Jay-Z thinks so, and who’s to argue with him?) Adam Underhill says to Brooklyn, meet your Nets, or whatever they’ll be called, and Nets meet your new hood. Art by Danny Jock. 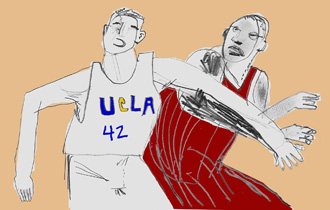 Updated March 31; check out page 6 or click here. And now there are four…#1 seeds that is. First time in NCAA history the brackets came down to four #1s, which are UNC, UCLA, Memphis and Kansas. Adam Underhill has been writing the scoop while watching, leading up to this preview. Art by Danny Jock. 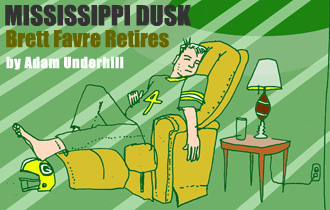 Adam Underhill says sayonara to the great Packers franchise player Brett Favre, who, by virtue of his practical risk-taking, quarterback-sneaks his way around the ignominy of riding out his twilight years in the game on the pine. Instead, he bows out graciously like the champion he once was. Drawings by Danny Jock. 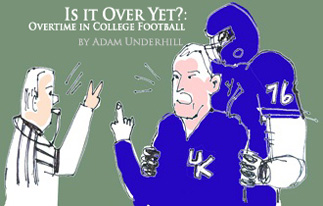 Is it Over Yet?: Overtime in College Football

Are you over it yet? College Football’s overtime? Goes on a fortnight right? After two important games this past weeked went on ad infinitum (it seemed), Adam Underhill laments that these college guys can’t get it together and wrap up a game like a pro. Art by Danny Jock. 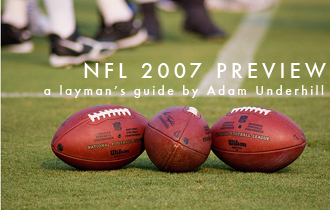 Adam Underhill armchair QB’s his way through a classic Fanzine sports preview. Be warned: Underhill breaks it down in terms we can all understand, and takes no prisoners. 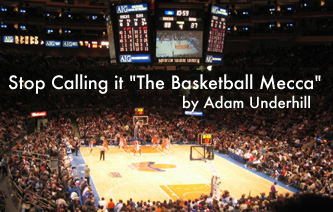 With the Nicks screwing around for yet another season as NCAA championship history is being made throughout March Madness with cinderella upsetters like George Mason knocking off one big name seed after another, Adam Underhill asks why do we still hold Madison Square Garden in such high basketball esteem? 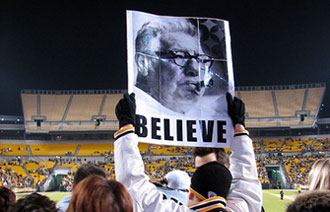 Adam Underhill looks back in reverie on the Steelers’ past Super success and predicts that Jerome Bettis will come home to Detroit to go out in style. That is if he doesn’t fumble again. Photos by Dave Fulmer