Artists on Art: Katie Gately on Franz Kafka’s The Castle 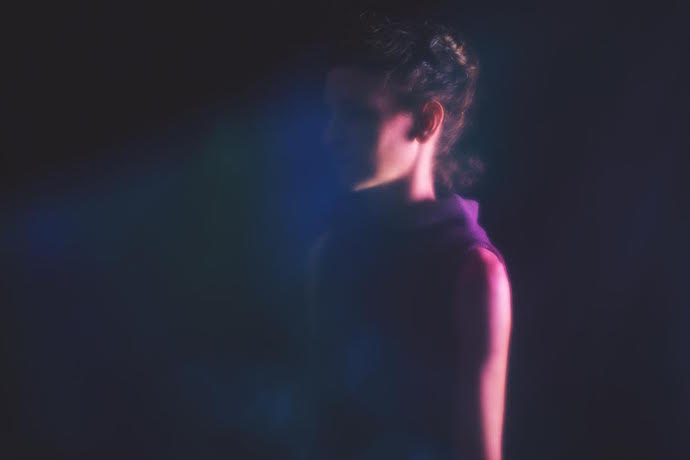 One of my favorite parts of this series of Artists on Art is attempting to describe the work of the contributing artists, lacking as I often do a technical understanding of the work in question. Katie Gately’s electronic music is especially difficult to describe, for no two songs are the same, even as they are clearly born from the same creative intelligence. And each song lurches, shudders, transforms from one thing into another, constantly introducing new ideas, textures, and sounds, while somehow remaining coherent and whole: a 21st manifestation of a classic Penderecki piece or an explosion of Wagnerian immensity might morph and warp into an alien groove easily as bizarre and funky as anything by, say, FKA Twigs. Occasionally terrifying, frequently beguiling, grand, alluring, and always fascinating, Katie Gately’s music lives in its own beautiful universe. So it was both surprising and not that she chose to discuss Franz Kafka’s The Castle with me for this series. – RK

R: Can you explain why you chose The Castle? What was your first encounter with Kafka?

K:  I have the most positive, vivid memories of reading this book than of any other. I’m certain it is partially because I was young– but it’s one of those books that really made me feel less alone in the world in an overt, permanent way.

I first discovered Kafka in high school where “The Metamorphosis” was required reading. I didn’t care for it! And my apathy was likely exacerbated by my English teacher whose taste I mistrusted completely. She never slouched and didn’t eat any salt or sugar and bragged about it which made me worry. I feel like hedonism is an important human dimension. And essential for any kind of artistic teacher to embrace.

But luckily, later on in my teens, I made a habit of skipping school and going to public library to read the books I actually wanted to read (i.e. taking out a few books on impulse / at semi-random). The Castle was one of them. I didn’t really know what I was going to get when I opened it. Being unassigned reading. . . it  felt  joyous to read.

Would you describe The Castle? I’d like to see the novel from your perspective.

The humor was pretty much the best I’d ever encountered– because I wasn’t always sure what was supposed to be funny or not. That is the best kind of laughing to me– that mischievous involuntary laughing you are not being told is OK but can’t help.

And the protagonist was K and people call me K so that certainly made identifying with the character easy. I also just loved the way Kafka grazed across insane characters and descriptions without looking back over his shoulder or scratching his head. I found myself constantly laughing out loud and falling totally in love with his mind which felt both cucumber cool and deranged. Resigned to the insanity of the world in terms of physical reaction but very active when it came to psychological observation.

Someone once told me he was also anorexic, which I can’t prove. But I find that fact very intriguing and strange. It almost made me like him more because male anorexia is rare and must be incredibly lonely. Not that I wanted him to suffer! But he seemed to understand loneliness quite first-hand.

Do you see similarities between The Castle and your own work?

I would hope some of Kafka’s brilliance dripped in! I don’t think I could make a good argument for that though. Something I strive for is the mix of darkness and humor and/or absurdity. I am really drawn to dark, disgusting, antagonistic, anti-social sounds but not always in a po-faced way. I think those sounds are exciting because they are so over-the-top.Their intensity is funny and outrageous. Laughing at the insanity of the world is a release for me that is as essential as air. I just don’t relate to art-making that is super rational and well-behaved. Are we not already required to be that way in normal society? Seems like art should allow for a release from that.

More specifically can you point to one of your own works to illustrate qualities you find compelling in The Castle?

I’ve juxtaposed cartoon libraries and metal crashing sounds in numerous pieces that probably sums it up. I did this most explicitly on past tracks like “Pivot” and “Tuck” and “Rive.”

Finally, do you listen to music in the same way you approach literary fiction?

My world view definitely biases my interpretation of all art. I am much more critical of dead-serious art and art forms than pieces and books and films which explore more varied terrain. I feel to take yourself entirely seriously really lacks humility, and humility is important to me in terms of human character. I wouldn’t spend time with a pinpoint self-righteous lecturer so why would I spend time with their art.

But art can be grave and dolorous and dark and gloomy and still not self-serious. There is someone like Scott Walker who makes very melodramatic music. It is serious but it also awkward and bizarre and that risk of strangeness is what attracts me.

That said, I am always challenging myself to change my mind more and more and be open to things that are not so aligned with my aesthetics and humility-bias (because it is fun to prove yourself wrong– and less less fun to have someone else prove you wrong). So I’m hoping my worldview will always be updating and active and on refresh.

A Brooklyn native, Katie Gately is a music producer and sound designer currently based in Los Angeles, CA. She is a graduate of the University of Southern California where she received an MFA in Film and Sound Design. While a student, she pursued specialized minor studies in music production and composition based on found sounds. Her releases can be heard on Tri Angle Records, Fat Cat Records, Public Info UK, Blue Tapes Uk and One Little Indian.