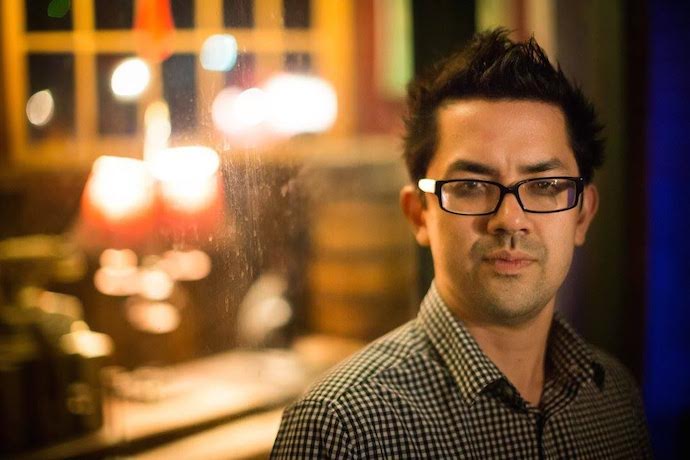 I am afraid of driving. Always have been. I can’t be sure what precipitated it but from as far back as a preteen, the age of everyone in school, everyone in your group of friends, excited about gaining their Learner’s Permit, getting ever closer to being able to get their license, I was the one that hopped aboard a skateboard or bike and seldom turned back. I didn’t want to kick up the speed; I was fine with sticking it to the lane I’ve traveled all my life. It wasn’t until I took the driver’s license test that I understood what made me so afraid of driving: the freedom, the worry of not knowing where to go or what to do.

I feared the pressure and claustrophobic feeling of being within the chassis of a vehicle, barreling forward down a road, taking a turn that might very well be your last. But like anything else, you learn to adapt to the conditions that never truly feel comfortable, the arrangement of a situation that doesn’t quite feel real, or safe. The fear has persisted, sure, but in its replacement, whenever I get behind the wheel of a car, I am fraught with anxiety. I have a serious fear of driving and yet, it doesn’t really seem like it’s all so surprising what I’m about to do. 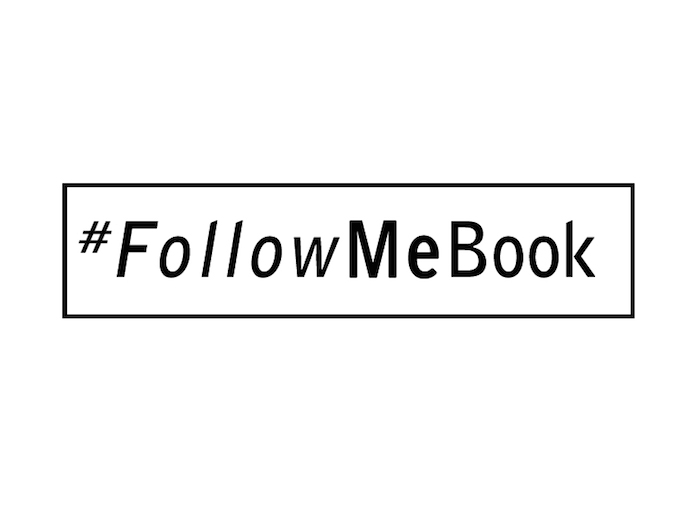 I’m going on a month-long road-trip-as-performative-experiment across America exploring how social media maps geographically, fueled by the cues and consideration of a social media public figure’s followers/readership. Beginning on the east coast, starting out of New York City June 1st, 2017, I’ll be headed in the direction of, well, that part is up to you. I’m cracking open my social media presence, turning my Facebook, Twitter, and Instagram and the activity that surrounds it into a compass, and me: I become the one being pointed in a direction.

You tell me where to go. I will seek out anchors, people and places that will host me (letting me crash on a couch or floor) while I continue through the sometimes-endless seeming highways and back roads of America. By the end of the month of June, my goal is to have made it to the opposite side of the country. West coast, I’m talking about you. Everything will be documented, from gauging the interactions to the dead zones of connectivity to the personal demons/emotions that may resurrect themselves as social media connectivity becomes the guide. The subsequent result will be the book I write based on the experience, a book that quite literally visualizes what we typically only see in the way of comments, likes, favorites, and retweets. 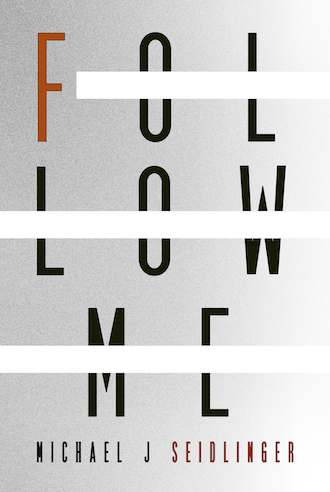 I feel like this has been a long time coming. It doesn’t take much to notice via both my books and activity online, I am consistently exploring the limits, the pitfalls, the curiosities, and more so the connection/disconnection nature of social media. I’ve particularly always been interested in how identity is skewed and/or accentuated on the platform. So much of it is the identity you wear versus the identity people ask you to wear.

Who am I and who are you? I add one more: Who are we as we communicate and ask to be seen? Do we really know ourselves, do we really know anyone? Do you want something from me more than company? Is that really you saying those words, doing those things, or are we driven to be a brand, an identity skewed for public consumption? The importance of revealing how it feels to be this deeply imbedded into social media, wherein there isn’t an hour where one isn’t turning to it for suggestion, validation, and documentation of life, what does it mean to give into this reliance and see where it takes you, what value it has truly given based on all the energy committed to it?

Life itself beckons heartache and demand, and yet here we are delivering the transcript of some small fraction of it, as if to say this is really us and we’re okay. But is that really us? And are we really okay? How much of ourselves can be seen on the screen? How much of ourselves should be looking back at us from our timelines? To be continuously transparent, I will become the test subject, the brand to examine, the identity opened-up and held as bare.

I’m not sure I know what life past this month will look like, and for every time I joke about being surprised I’ve made it this far, it has never felt so true until now. I recall a refrain from a book I wrote and published in 2014: “Are we having fun yet?”

I can’t be sure social media has always been fun, but I know it was, still is, for quite a few people. But that’s not quite the point—it’s more so what’s ahead. Who is out there? Is there anyone really out there? It could be that things have gone silent. Some days on social media, you can’t be sure there’s anyone actually looking, only posting, tweeting, and leaving behind every gesture they’d never reciprocate for another.

What are the limitations of the trip itself?

* No hotels, motels, etc.; sleep only where hosted; otherwise, sleep will be relegated to car; or camping.

* Maximum two days spent in a given location/city/town

* Limit meals to two a day while traveling—each meal, for budget reasons, cannot exceed $10 per.

* No stopgaps (taking cabs, Uber, except within a means of locality—for instance within city

* Conduct at least one action item—means of activism, volunteering—in every city/town visited

* Four essays of reportage, culminating the events of said week, to be published on Fridays in June on Fanzine

If I fail to stick to these limitations, the project is a failure. If I don’t make it to the west coast by the end of June, the effort will be in vain.

As I finally and fully lay out the limitations, I feel the anxiety about the trip subside, if only for a second. I’m writing this essay from a rooftop in Brooklyn, stealing Wi-Fi from what must be from the apartment below. I gaze out into the distance, the New York City skyline staring back at me, twinkling lights from vehicles crossing the bridge. During these moments, I feel the city less and I can tune into the energy of something unresolved. The same can be said about this project, this road trip, this intentional pulling away from any sort of home, transplanting the “home” firmly into the proverbial hands of my social media following, the literal object that I hold in my hands most hours of every day: this cell phone.

I hide on these rooftops wanting to be found. I drive down these highways hoping for an exit to call my name.

What fragments of home do I bring along? 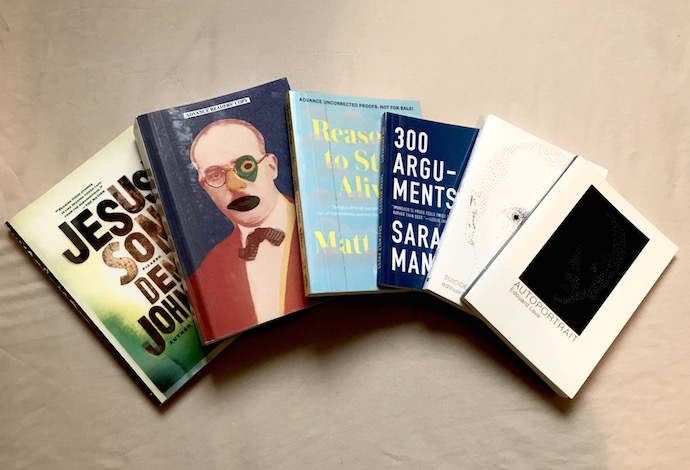 The books I will bring—

The Book of Disquiet by Fernando Pessoa 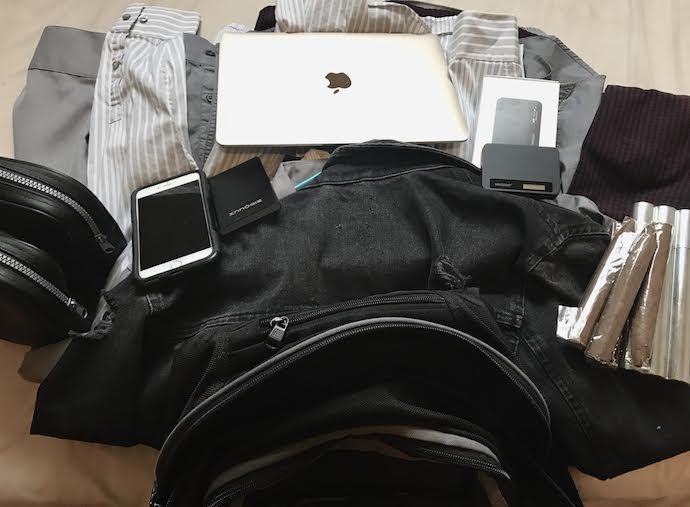 The clothes I will wear—

The things I carry as a crutch—

I could gain more along the way but surely at some point every single one of these items will be left behind. It used to be that the fear was all behind me, but nowadays fear is all I see looking forward. You have to walk through it to get to the fact that still eludes you.

So I’m getting in the car with fear itself and I’ll put some asphalt between me and everyone I know, everything I have called home, in an attempt to see where else home might have its place.

Will I see you along the way?

You can get in touch with Michael for suggestions and directions through his email (fieldsandfractures@gmail.com) or any of his social media accounts: