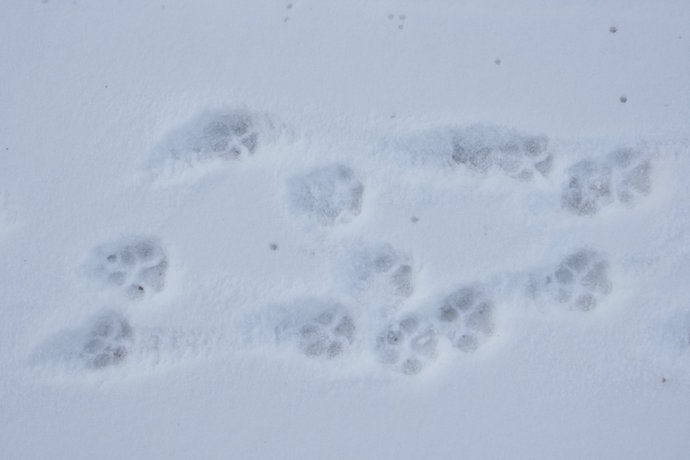 Before you tripped on the third rail, you were like any other: coat a shard of midnight-blue, eyes filled with gratitude but for nothing. You were a lost coyote on a snowy hill. With sad magnificence you wandered, terrorizing passengers who secretly wished to pat your fur and stroke your muzzle. They hid their coin. They hid themselves. Judged. Your tail hung down as you shifted through dream currents of bell and buzz, runic taunts, rust-colored hope. You laughed, swore. Then, from your satchel of worldly goods, an apple rolled out. Green. All you had. Worth saving. You reached—a feral elegance.

In the sweeping light the apple was golden, and your outstretched hand could have been anyone’s—Adam’s, a thief’s, a long-lost brother’s—a little furrow in your brow. Stalking your own shadow had led you here, stones skipped and sunk, jokes that made you weep, wingbeats of the wise ones. Temptation and bravery. A leaky hologram of fortune, always a step or two away. Maybe home was all you ever wanted, the cards laid down, to be received as one who lost by common love, a nimble beast lightened of difficulties. But this, a stealthy trespass, not core or flesh, sweetness, was Michelangelo’s almost-vision, his debris.

It is said that Coyote told the first lie, though you were silent in the gritty den. And devilishly pure as you huddled over your current prey, a mistaken undeservedness. Marrow, crimson blood, a cozy, recalcitrant feeling, almost a joy for the dignified violence, faith a drifter’s only resolution, and so the folly of punches given, taken, a woman’s kiss. Then the train’s heartless eye on its starry, electrified path. A lone howl—this was your life. A formal error. Lambs leaning over a cliff edge.

Ulrica Hume is the author of An Uncertain Age, a “wickedly sophisticated” novel, and House of Miracles, a collection of socially relevant tales, one of which was selected by PEN and broadcast on NPR. Her work is included in 100 Word Story’s Nothing Short Of anthology, published by Outpost19 Books.