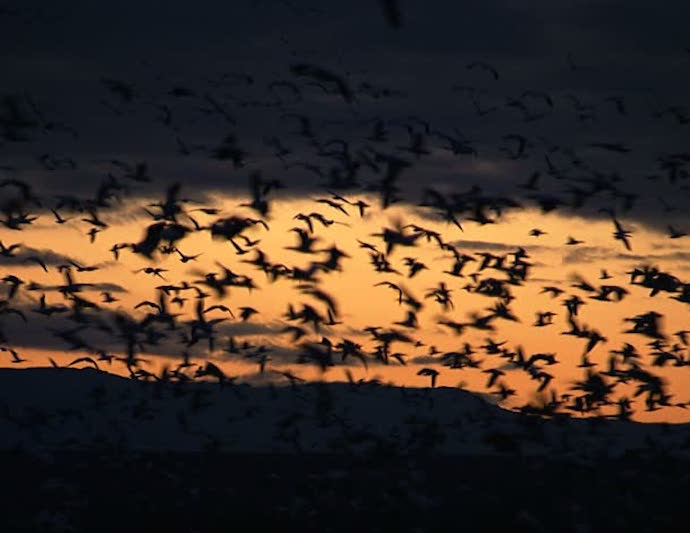 I’m here to watch the birds die. Around my house. At every window. On every porch. Infants just given sight. Fallen from the nest. Baking in the sun at odd angles. Necks craning. Beaks grasping, but at what? Into the dusty window glass, they fly. Thump-thumping then flip-flopping on the grass below. Wings and necks snapping. Black birds with trumpeting yellow beaks circle red-bellied mothers on the ground. Peck at her as she spreads her wings under the sun. Savaged and limping until she too lie in some unnatural angle of cruel light.

Millions of birds dying in the woods around me. Falling, pecked and pieced. It’s my duty to document. To hear their final gasp before they lay their heads down upon the soil. Their eyes unchanged until cleaned from their skulls. To journal. Meticulously, note their location. Were the tiny crowns of their skulls due east or west? The wingspan wide or small? The color bright of dim? With no book to tell me names. No map to tell me my location. I wander. I make names and count paces. Ten hundred paces to the black-bellied king killer. Forty paces to the red-feathered snake hunter.

What magnetic shift has caused this? Changed the flight and humours of these winged brethren? Driving them into windows, out of trees, and onto battle. Made them hunger for the other until each is pecked and broken. To haunt me with their oh-so-many bodies. Even in my dreams, they visit. A thousand faint ghosts. Glowing and foggy. Remember, remember. How we dressed you. How we perched on your windowsill when you took ill. When we sang for you. Woke you when you were late. Remember us. Remember. I awake to silence. The sun unadulterated by silhouette. Only an occasional muted thud in the grass.

The cat, queenly in her daybed, no longer looks to the window. No longer clucks in her throat at the sight of hopping bodies. Of life and song. She turns her eye to me, looming in the half shadow of the porch. Watch the squirrels, I say. But she has no interest in things that scurry. Things that creep in the same ways as she. No, she blinks. As if to tell me the squirrels don’t sing. Don’t hop, here to there upon the ground where she can watch them.

A gray bird with a broken wing hops through the yard snatching seeds from the weeds among the grass. Slightly the cat rises in excitement, but is only disappointed when the bird, surely to die soon, vanishes beneath the bushes. Doomed to what is a most certain death. I put a leash on her and attempt to lead her to the meadow where the birds still fly from time to time. But she falls limp upon the grass. Plays dead until I undo her tether. Then she slinks, belly slung low, into the shadows.

In the meadow, I climb a ladder of limbs. The tree is lofty but weak and bends with my ascent. Up and up. Until I find a nest of open-mouthed infants. Until I pull from the thatch, a weakling. Scrawny and hungry. In the bowl of my hand, the small thing looks about, tremoring and caw-cawing. Her mother swoops low but misses and finds instead a limb. Her neck snapped, she tumbles down the branches, taking with her the nest.

At home, I sew a nest of yarn and paper. With pestle and bowl, I grind kingly worms, dog meal, water, crickets, and grains. Suck it into a straw, part the beak of the small black thing, laugh as its small red crown tickles my fingers. It resists at first, but with time, grows to trust me. I stroke her head. Name her Prudence. I bathe her with warm sponges. Sing to her in a whistle.

With gauged curiosity, the cat inspects her. Sniffs and paws, lightly. Accepts Prudence as family and does not eat her.

It’s not long that I find the bird hungry every time I walk past its nest of paper and string. And so it grows, begins hobbling around the house. Pecking and shitting. It pecks on the cat when she sleeps. Pecks at the windows. Pecks on the bed. Pecks on my cheeks. Pecks. Pecks. Pecks. Until it seems there is only pecking. No singing. No morning tweet to warm the house. No birdsong to drown the outside thuds.

As she grows, the furniture thins. The legs of chairs waning to matchsticks. Collapsing with time. Thumps at night when something gives. A table. A chair. A crunch when the windowpane goes. A rattle when a guitar is decapitated. The cat takes the opportunity to disembowel the couch. To shred at the box spring and reveal the wood beneath. So I surrender to this new natural order. This unlikely crime syndicate of prey and predator. Sleeping through racket and clamor.  Until the truce ends.

Until I awake to find the cat’s eye gouged, her spine exposed in a patchwork of holes. Until I grab the broom. Stand over the bird. Shoo her to the porch. Chase her to the sidewalk. Raise my broom aloft, swing down with force. Again and again until I hear the  wing snap. The legs quit. The neck twist. In the sun, gasping for something. I do not know what. I watch it die. From my porch, I watch it bake in the sun. I watch as the bird with the broken wing, the bird with the life sentence who could only survive in a world where other birds are dying, approaches. Pecks first at a wing. Then the eyes. Finally the breast. The natural order forever disrupted.

I return day after day. Sit upon the porch alone. I do not come for the sun like I once did. Do not find pleasure in the soft purring of the cat napping in the sun. I just come to watch the birds die. One by one until even that ceases.

duncan b. barlow is the author of The City, Awake (Stalking Horse 2017), Of Flesh and Fur (The Cupboard 2016) , and Super Cell Anemia (2008). His work has appeared in The Denver Quarterly, The Collagist, Banango Street, Calamari Press, Word Riot, The Apeiron Review, Meat for Tea, Matter Press, and Masque and Spectacle. He teaches creative writing and publishing at the University of South Dakota, where he is publisher at Astrophil Press and the managing editor at South Dakota Review. He has also edited for Tarpaulin Sky and The Bombay Gin, among others.