The dirty little secret of sports prognostication is that no one knows anything. Any jackass with internet access can tell you which team is going to win the title, but that’s a meaningless prediction. If I tell you that Miami’s going to win this year, and then they win, does that mean I know something about basketball? If I predict someone other than Miami, what am I really predicting? That I have access to some medical information about Dwyane Wade’s knees or something? Miami is probably going to win, but maybe not. This isn’t interesting to talk about.

So let us predict something else, yes? 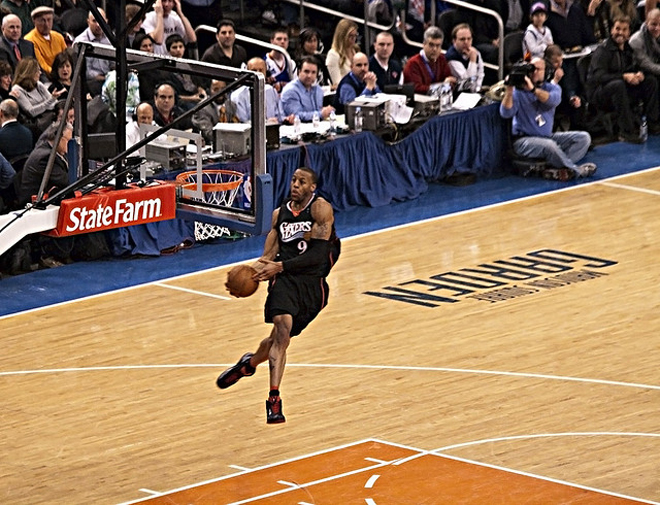 DUNK OF THE YEAR

With the Warriors down double digits early in the fourth quarter to the Western Conference-leading Spurs, Iguodala curls into the paint around an Andrew Bogut screen and receives a bounce-pass from Klay Thompson from the strong-side corner. It looks like he’s a step too far from the hoop to go up, but all of the sudden he’s rising. Splitter stays vertical, but Iggy keeps rising, rears back, and releases a cobra-strike dunk over Splitters two outstretched arms, igniting a rally, and propelling the Dubs to a gigantic road win. Ultimately, this win gets head coach and pastor Mark Jackson’s team the four-seed in the playoffs, home court advantage in the first round against the Timberwolves, and a highly-anticipated matchup against the top-seeded Spurs in the Western Conference Semis. 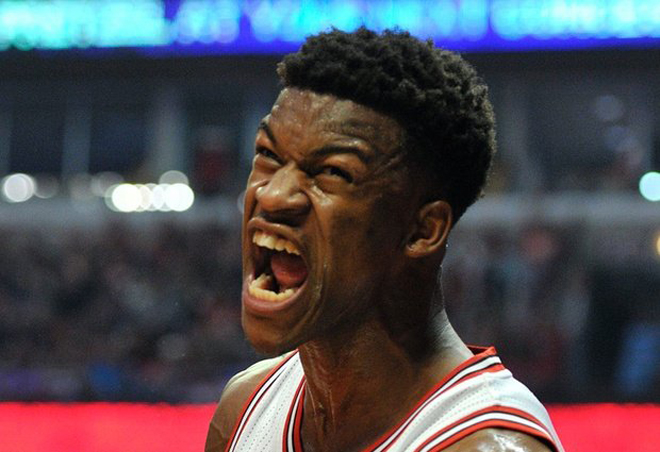 JUMP SHOT OF THE YEAR

The Bulls have possession down two with 18 seconds to go. Luol Deng inbounds to Derrick Rose, who dribbles to the top of the key trying to get a head of steam going to the basket. Coach Thibodeau has drawn up a play for a quick shot so that Taj Gibson and Joakim Noah can crash the offensive glass and then foul if Miami gets a defensive rebound, but the swarming Miami defense doesn’t let Rose get to his spot. Now too much time has ticked off the clock; there’s no time for a rebound.

Conventional wisdom says that you play for overtime at home. The Madhouse on Madison gets real, real quiet. There are four seconds left, and just when it looks like Rose won’t get a shot up at all, he miraculously dribbles around a step-slow Dwyane Wade (murmurs of knee problems in the post-game press conference). Rose looks like he’s about to launch a floater, but sees LeBron James out of the corner of his eye. Rose is in mid-air. He changes his mind, and just before his feet come down, he slings the ball through two defenders to Jimmy Butler—the shooting guard for whom the Bulls have been waiting all these years—lurking in the corner. Ray Allen has rotated into the paint maybe half a step too far, but it’s a fatal mistake; Butler rises and fires. Bulls win. 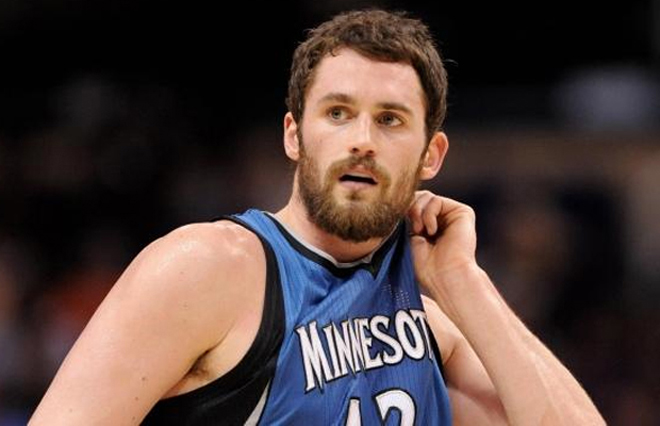 PASS OF THE YEAR

We’ve seen Love throw countless gorgeous outlet passes over the years, but on this occasion, just before halftime of a meaningless game against a putrid, rebuilding Lakers squad, Love (who played his college ball down the road at UCLA) grabs a Pau Gasol foul-line miss, pivots (keeping the ball above his head, of course), and fires a gorgeous full-court rainbow pass to Ricky Rubio (streaking past a lollygagging-back-on-defense Kobe Bryant—a theme this year). Normally, Love hits guys in stride on these passes, but he overthrows Rubio just a hair. Rubio speeds up, jumps, catches the ball, and—realizing he’s much closer to the goal than he had originally thought—lays it in without coming down first. It’s a gorgeous play, and we all learn, as we do so often in life, that the most aesthetically-pleasing plays can be the result of little accidents, my friends.

DEFENSIVE PLAY OF THE YEAR

The Wizards—surprisingly right in the thick of the Eastern Conference playoff race—are up two with six seconds left, but Wall gets caught up on a Carlos Boozer screen, so Derrick Rose already has a step when he catches the inbounds pass from Luol Deng. Wizards’ big man Nene steps over to cut Rose off, but Rose sidesteps and moves closer to the baseline to loft a floater. Amazingly, Wall catches up and blocks the shot from behind. Rose snatches the ball and, thinking he has a clear shot now, goes up again, but Wall is quicker, and blocks the second attempt as time expires. The Wizards get a much-needed win on the road against a great team and a little buzz as The Team No One Wants to Play in the Playoffs.

MOST EXCITING RANDOM NBA GAME OF THE YEAR

Every year, one seemingly meaningless NBA game captures the imagination of nerds across the country sitting alone in their living rooms. My favorite example of this happened November 14th, 2009 at the Bradley Center in Milwaukee when rookie point guard Brandon Jennings put 55 on the Warriors in just the seventh game of his career.

This year’s game will take place on January 17th, 2014, when the Lakers come into Boston in the midst of a seven-game road trip. The Lakers enter the game carrying the worst defense in basketball, and Rajon Rondo is playing in just his third game since returning from his knee injury. With both teams scuffling and out of the playoff hunt, the defensive intensity wavers early. All of the sudden Kelly Olynyk and Jeff Green are knocking down 3s, Rondo is running circles around Steve Nash, and Kobe’s openly dogging it back on defense (I told you this would be a theme).

By halftime, Rondo has 17 assists, and the announcers start buzzing about the time Scott Skiles dished out 30 assists in 1990 against the Nuggets in Orlando, setting an NBA single-game record. Rondo—painfully aware of this number—notches his 30th assist with a minute to play when he hits a trailing Jared Sullinger after a stalled fastbreak. His 31st—a behind-the-back dish to Brazilian center Vitor Faverani filling the lane for a dunk—brings the house down. Both teams go on to miss the playoffs, but who cares?