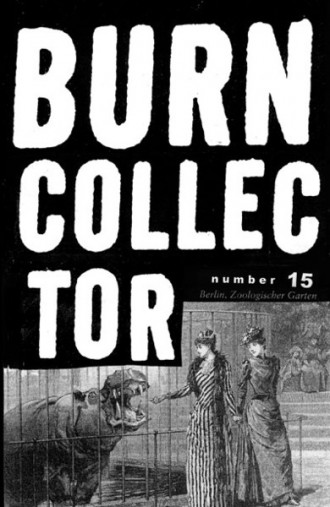 Who says print is dead? Eat my ass, Harvey Levin––and I don’t mean in a good way. It’s a sign of the times when Creative Loafing (Atlanta) asks the question: Will Hipsters save print media? On the heels of Atlanta Zine Library opening at Mint Gallery comes Hyde, the brainchild of Atlanta writer Jayne O’Connor, which is releasing its inaugural double-sided zine, “How to be a Cool Kid v. How to be a Hot Mess” November 4th. The opposing themes are represented by poetry, fiction, essay, and art––with the odd Goofus & Gallant comic thrown in––by local hucksters of awesome, including Cristen Conger, Lady Kruger, Heather Buzzard, and April Leigh. Learn how not to overstay your welcome at the party and how to identify different types of hot mess by the kind of vomit in her hair. “How to Fuck Yes.” The release party is November 5th at the collaborative art crucible Couch Couch. And for the requisite historical perspective, Al Burian’s Burn Collector number 15 was released by Microcosm Publishing in March. It’s a brief 64 pages of reflections on freedom, bookdecay, and the legacy of the Berlin Wall. Burian speculates on his latest & potentially final “attempt at creating that most aggravatingly elusive of objects, the Platonically Perfect Personal Fanzine.” (Platonically Perfect Personal & the Pizzas? oh, I went there.) He’s been making zines since it was cool back in the mid-90s, when a precocious teenager was pointed in his direction, fell weirdly in love, and his collected stories from #1-9 (entitled the self-same Burn Collector) still outrank all other reading material on my nightstand. By Fanzine, for Fanzines––<3 -AH