Working with Shrapnel: A Review of Everything Flows 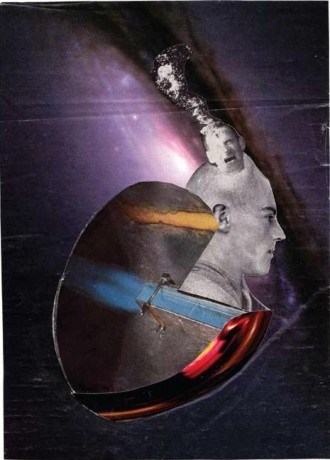 Everything Flows is a fever dream:

My experience of reading Everything Flows recalled a brief and obsessive love affair I had with the work of Jacques Roubaud, in that the stories in Roubaud’s work eventually become secondary to the puzzles and riddles he sets forth in his texts; Greer takes this idea and explodes it, so that you are working, really, with shrapnel. You know all the pieces fit together; it is maddening because you cannot make them all fit together; the madness becomes an anxiety loop and a compulsion; the book is a living sort of nightmare that draws you in until you believe that you are actually a part of the book. It is disquieting. It is immensely effective. If Borges had lived to see the internet, and passed into a fever-dream in the midst of reading If on a winter’s night a traveler, the fever dream would look like this.

Partial list of notes made while reading Everything Flows:

An interest in the missing text (spec. sentence ends) -whole pages . forms / Prosaic passages instantly undermined = a hair shirt for the reader / The text is the story / (indecipherable) / Prose as a sort of shape shifter / Drafts of books central to the larger “plot” appear as stories / Eerie / Reminder that the story, like the universe, is an infinite honeycomb / Death / Begs to be read again and again until an entire wall of your home is dedicated to an obsessive schizo-analysis of the text, complete with color-coded spiderweb connections / Death / Populated by the ghosts of dozens of dead white men / Characters & sentences repeated / p. 68 / Writer’s notes and second-guessing an illusory glimpse into “process” / “Sleight of hand” / Masculine / Narrator/reader recognition (p. 45) / A frenzy of references bleeding out / Slippery / A text inhabited by ghosts / Forests and log cabins that are not log cabins / (indecipherable interactive text) / (partial list of deaths) / Narrator inserts himself repeatedly / Euro-centric / Pg 46: Ghost plainly waiting for writer / Surprising claims about bees

Everything Flows is a ghost story:

Everything Flows is a ghost story, or rather a mystery inhabited by ghosts, or built by ghosts, but not built by the ghosts in the way a pyramid is built; more like built by ghosts in the way a prism refracts light. That is to say that the book becomes more mysterious and oppressive as the reading continues, and reading it transforms from a pleasurable, giddy experience to a sort of compulsive, manic one that begs to repeat itself. Every stop and start of a “story” in the text cuts out and/or folds up upon itself until the person reading becomes completely unmoored of any sense of time or place; the only consistency is the unreliable, second-guessing, self-editing narrative voice, and some characters that repopulate the stories (although it is not ever clear if the characters share anything other than a name from story to story). One has a sense of muddling through catastrophes in an accordion of parallel universes. The oppressiveness becomes heavier as the ghosts press in. To consider the list of authors referenced throughout the book is to get a sense of the patriarchal suffocation that the ghosts push the text through. The forest gets denser and denser as you travel through.

A partial list of writers referenced in Everything Flows:

Everything Flows is a horror story:

In which the reader becomes the main character, sucked into a strange cage of altered reality, I want to say similar to the altered reality of Videodrome or Lawnmower Man; less explicitly violent but more horrific because the reader is continually sucked backward into a fragmented pre-history of hyperreality. As the prose expands and contracts it becomes alternately a blivet-shaped puzzle, a luminescent descent into madness, and a Voynich-type manuscript disguised, cleverly, in the English language.

In lieu of summary, sentences most heavily underlined while reading:

Anagrams are a waste of the point is.

… so I am not “telling tales out of school”

He was in the habit of drawing general conclusions from specific knowledge which is why the world has become and will become a dark and savage place.

Impermanence, I have a feeling, is a self-inflicted wound.

In the motion picture Meet John Doe starring that one guy and that girl and directed by whats-his-name (1939), movement is both created and just happens.

“What brings you to the forest, Paul Volcker?”

“I’m waiting for the Writer to remember me.”

“There’s a plaque here by the ruin of the millstone. I can’t read it.”

No such person as the American student George Allen Parker.

Of the fifth kind of exhaustion, which is to say, fake, one need only kick the scurfy imposter in some tender part, and hie him back to work.

The carnage before you: a drop of elderberry jam on a snowy moutaintop.

These are the bad angels, gathering in gloomy bunches like poisonous grapes, purple with blood.

He was unsure what to do for a moment, and for a moment his pen stopped moving. He straightened in his chair. Looked over the clock on the wall, sighed. Bent forward and started writing again.

Nothing he did made any difference.