Wicked Messenger: A Review of Johannes Göransson’s The Sugar Book 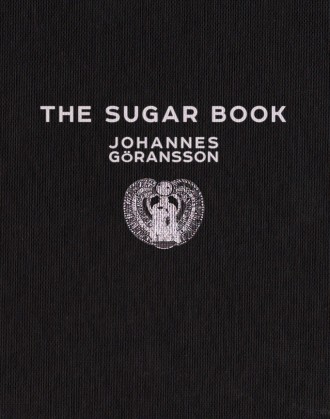 Sometimes I feel like I’m involved
in a desperate advertising campaign,
trying to sell the 21st century.

Suppose they chose a poet to tell tales of today tomorrow. Triage in the dark. Perp pleads up from manslaughter to the first degree. Impotent portents. It’s a no brainer.

My name is Fiction, Richard Fiction. People call me Dick.

There’s a modesty and reticence In these poems, so tender or rare for his gender, it is levity once called

light. It is joy in minor splendor. Forest to fortress—intelligence is its ruler.

Consider dual forms of beauty, becoming from Nature and Art. The one is given, the second made, we

call that artifice. It’s the theft of weather.

In an absence of the trenchant we now gnaw on easy reading, weak writing, books we don’t need to read (Me? I like to read) and sampling, why write?

Deploy generalized defense mechanisms against emotions we don’t have or cannot bear.

I actually heard one Flarfista claim “dragging” is like drawing. Do you like ineffectual sex? What do you want on your resumé: computerneuternerdism? Or, “That man was a lion”?

Have him turn his head. Too much novelty, I can’t cut it off.

Theater and the Plague-giarism. Oh let’s call a truce. Originality is closer to result.

Los Angeles is crawling with lice, according to my daughters.

Do The Sugar Book’s lice spew direct from Les Chercheuses de Poux? Could some family curse trawl through Maldoror’s bordello short and curlies to an execrable undergod’s debauched anfractuous hair?

In the street the whores are cutting each other’s hair for the hanging . . .

Do you want facts or action? Who cares?

I don’t know where it all began, which came first, egg or the hen.

Instruction, books written, fights won. Contributions to the art. Goransson is a teacher at Notre Dame, he both writes and publishes poetry books and magazines, he’s a translator and critic. Books written. Yeah? None of that means shit if you can’t hit. The Sugar Book packs a punch like an atom bomb. —Fights won.

Dime-tight into the curves, lightning on the straights. The movement of the Sublime includes a moment of dread in overcoming. Here there’s fear to spare. L. A. looks less like a forest of symbols than a matrix of surds. The killer speaks through the head of his victim. This ain’t Parnassian purity and reserve.

Neither is it paratactic: Dada? Nada. “I love sentences.” Goransson’s exorbitantly unforeseeable line is not Immanentist nor anti-semantic. And if it’s automatic writing, it’s machinic (firing on all eight cylinders). A circular vernacular. Freud’s death drive tied through repetition compulsion plus mnemonics to standard schoolmarm SVO. Haunt Musique. Sends its message like a mail train. Visceral Surrealism.

His end game is an exit wound.

There’s no such thing as bad poetry. We nurse hard-ons for bad books written by great authors, for knock

This will kill that.

I look out the window and Los Angeles looks all kabuki and the orphans are locked in. My wife is a window smasher extraordinaire and that’s her threat. Her ultra poetry. Her diary full of hairstyles. Her fascist snow. Nobody can play the starlet but everyone can play me. Everyone can touch the tsar’s little bleeder. It’s free.

(From: My Orpheus Mask Is Shitty When I Fuck Francesca Woodman)