Wherever You Lodge: On Green Girl 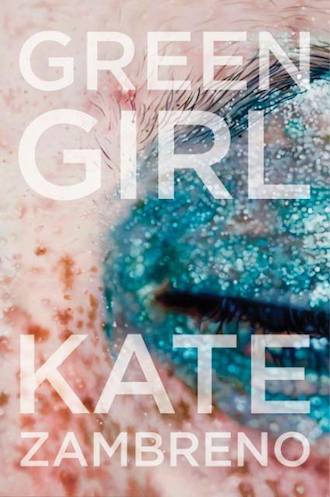 Green Girl tells the story of one girl’s attempt to situate herself in the world, and along the way it gets fixed deep inside the reader. It goes where the reader goes. Inescapability is central to its story, and nothing conjures up constraint and release like the subject of young women.

In the world that Green Girl inhabits, a lost girl is not an empathetic figure, but a provocation. Take Girls, which is about nothing so much as Hannah Horvath reconciling with everything that it makes sense to want based on what she has seen (boyfriend, shiny career) with how much she wants what she has not seen (literary greatness). On Mad Men, Peggy Olson said that to want what one has not seen is the distinguishing factor of those who flock to the city.

The city has something to do with it. Peggy and Hannah had two different versions of New York, but the place itself matters less than the context. A girl who is becoming needs a space to aspire to be in, otherwise she falls prey to “wherever you go, there you are.” My room growing up in a remote rural town was meticulously curated with books, photos, and music that reinforced to me that I was, like Clarice Starling in Silence of the Lambs, getting out, getting anywhere, getting all the way.

I could have used Green Girl then, but as great a comfort as it might provide young girls trapped in their bedrooms, it is a vital and powerful read for those who think they have arrived. The novel by Kate Zambreno — originally published by Emergency Press in 2011 and rereleased this year by Harper Perennial — explores what is at stake for a young girl trying to escape. If there existed any doubt that the stakes are high, Green Girl begins with a threat:

For wherever you go, I will go; wherever you lodge, I will lodge; your people shall be my people, and your God my God. Where you die, I die, and there I will be buried.

In this passage are echoes of girlish brattiness (it might as well end: “because your name is in the Burn Book”), but it is from the Bible: the Book of Ruth, an association that Zambreno’s protagonist, a Chicago native in London named Ruth, could not escape if she wanted to. So much that is romanticized — and marketed — about girlhood hinges on escape, but Zambreno demonstrates from the start how futile escape really is.

Elissa Schappell of Vanity Fair wrote that she was both seduced and infuriated by Ruth. Those twin reactions — “I want to see what you will do, but I just know that you will do it wrong” — mirror where young girls go. How much can you escape when escapism is so conscribed?

Horrids, at first sight, is not even a space, but a humid maze of bodies. London becomes for Ruth a series of grubby rented rooms the color of dud avocados. But while shopping in Liberty, Ruth beams when the clerks at Liberty call out and say, “Oh, you look like a little Parisian girl!” In Frances Ha, Frances (who was one of the “green girls” in her childhood ballet troupe) goes to New York to follow her dreams, which she scores to songs of the French New Wave while she sees her dream disintegrate in the reality of the city. Likewise, now that Ruth has relocated from Chicago to London, she has had to push her dreams elsewhere. She casts her gestures as those of a French New Wave gamine slogging tragically through Paris, redeemed by the fantasy that someone has found her significant enough to document.

It (her life) would be easier if it was the space that really counted, but it is all about her in that space. Because no matter where she lodges, there lodges that omnipresent evaluation: how good is she at being a girl? The toxic-maternal narrator of Ruth’s story, rather than observing Ruth for cues of what she might become, tries to diagnose and nail her down based on girlhoods past. Girlhood is a structuring absence: it is never more obvious what it is than when a girl is doing it wrong.

Occasionally she would smooth one finger over a glitterly palette of eyeshadows with enigmatic names. Types of flora and fauna. Names of movie stars, presidential wives, ordinary girls. Marilyns and Audreys and Sophias and Jackies and Julies and Kathys.

If a girl wonders who she is with so many preexisting models on how to be successfully — the book is heavy with references to Marilyn Monroe, Hanna Schygulla, Katharine Hepburn, Mia Farrow, Julie Christie, Monica Vitti, Anouk Aimée, Rita Hayworth, Jean Seberg, Catherine Deneuve, Ava Gardner, Ginger Rogers, Vivien Leigh, Corinne Marchand, Veronica Lake, Ingrid Bergman, Françoise Dorléac, Edie Sedgwick, Nico, and others — she is relentlessly corrected in the guise of being complimented.

Are you mad? Agnes asks but the way she asks seems to imply that Ruth should not be mad….

Agnes (as if in consolation): You know who you remind me of?

Ruth: No, who? (This is a favorite game that green girls play.)

Agnes: …You are so Catherine Deneuve in Repulsion.

Her mother-narrator “can think of several blonde Hollywood actresses who could play [Ruth] well” because they are time-tested models of how to be a girl the right way, and Ruth is not seizing her girlhood. She is not defining herself. The relentless suggestions of who she could be, who she might be or at best resemble, from Mia to Edie to Jean, suggest something even more alarming than the idea that she must be the same as everyone else, or else, but that, no matter how or who she is, there is no differentiating anybody from anybody else, especially no girl from another. Surrounded by “mobs and mobs of assaulting femininity,” the only thing that can inform how different Ruth is is where she is and where she is going.

In Heroines, Zambreno’s 2012 critical-memoir about looking for a legacy to belong to as a female writer and finding the gaged, maddened women and wives of modernism, the author establishes what is terrible and necessary about finding a place to lodge. The search distracts from her exile in the suburban Midwest, and in the end, she finds that as fraught as it is to draw strength from the silenced women of modernism, there is a whole new generation of women writers reaching out to one another online, celebrating the space they have created together in which to lodge.

Zambreno closes Green Girl with an essay on the flâneuse, the “Woman of the Crowd,” that itself ends, “Ruth wanders, uncertain of whether she wants to be found.” And I think of the world in which I consume Green Girl. I have not been able, for some time, to stop listening to a podcast called Welcome to Night Vale, in which — among other figures — a young girl, Tamika, hides from the libertarian militia that would rather destroy her than allow her to read in the library and cultivate agency. The corporation taking over the town tries to force her into the role of the endangered child, advertising that she is lost. But she appears in the street and she announces boldly to whomever is not too afraid to acknowledge her, “I am found.”

Simone Weil says we need to let go of our ego. You must forget I….

Like Jean Luc Godard’s Nana was advised to do in Vivre Sa Vie, Ruth gives herself to herself. Ruth and the Ruths of the world may want what they have not seen, but the more Ruths appear in books like Green Girl and elsewhere, the more they will recognize each other and will be emboldened to keep looking.