Where Wonder Lives Online: Why Instagram is the New Cabinet of Curiosities 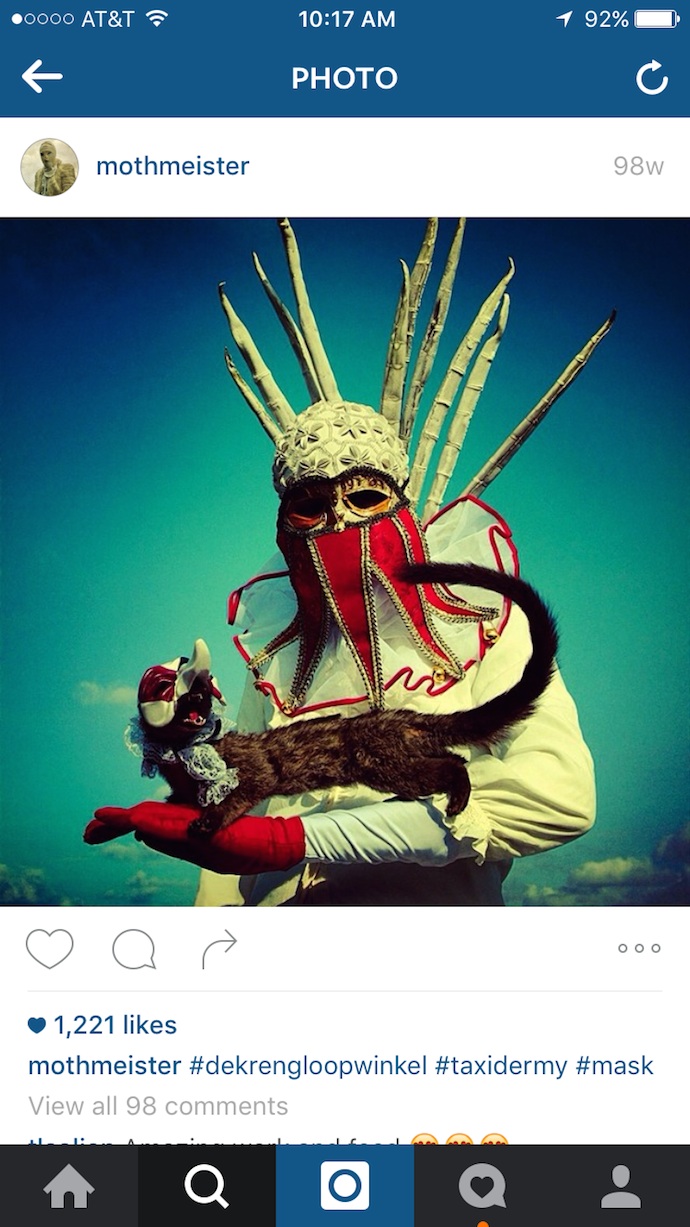 “Somebody please tell ‘em who the eff I am.” – Nicki Minaj

We collect because we love; we show that shit off because we want other people to know what we love. We pile up our preferences and spill it out online, in life, in love, an extension of our own built selves. When we talk about collectors, the root ‘phila’ or ‘phile’ often figures into the formal name: bibliophile, philatelist, notaphilist, discophile. This makes a lot of etymological sense; the roots come from the Greek ‘philos’, meaning ‘loving.’ When it comes to gathering up what we love and putting it on display, the cabinet of curiosities may have been the peak of the individual collector’s reign – certainly in ostentatious self-expression through curation. But is the cabinet of curiosities dead except in modern art projects and self-styled collector eccentrics – or does it live on in more egalitarian forms online?

The strange form – part art, part museum, part scientific study – of the cabinet of curiosities, or ‘wunderkammer,’ flourished from the Renaissance up through the Enlightenment. If you were a learned (two syllables plz) white dude back then, with some family money and leisure time to fill, the wunderkammer was a great way to show off how cultured and well-read or well-traveled you were, how broad your range of interests. You might have been up on the latest scientific discoveries, or (some probably dubious) anthropology, or (even more dubious) alchemy, or maybe you collected shells and stones. Maybe you were into taxidermy, or seeds, or blown glass. Maybe you were a student of history, and you dealt in Egyptian funerary urns or early Eastern Orthodox icons. Whatever your pleasure, your form of creative expression would have fallen out of fashion around the time of the French Revolution, as the professional scientist replaced the amateur gentleman scholar, museums took on their modern form, and revolution and war upended many fortunes and stately homes forcing sales or gifts of collections. Private collections turned into museums – Sir Hans Sloane’s collection became the basis for the British Museum, the Tradescants’ collection become the Ashmolean, and now everyone – not just the wealthy – could participate in the quest for knowledge and the search for wonder.

But might there not have been a hole left by the disappearance of the individual’s cabinet? A hole in the collective knowledge of generations, as well as in the experience of self-expression? After all, as Cabinets of Wonder author Christine Davenne points out, “collections of centuries past were mirrors of the world, attempting to capture the knowledge of the era in a panoramic vision, but also mirrors of the subject they examined, both intimate and universal.” (Italics mine.) As Sir Thomas Browne’s biographer Hugh Aldersey-Williams writes, “The display is not so much of objects, single or curated as a collection, but of the richness of the mind that has assembled them.” And there’s the consideration not just of the single mind, but the assemblages of those many minds as a representation of a particular era, an intellectual time capsule. There was a good reason the Tradescants called their collection ‘the Ark.’ There’s a good reason we use the expression “back in the day,” as if there was only one collective day, one big fat space for the spillover of stuff from whenever-it-was began and ended. 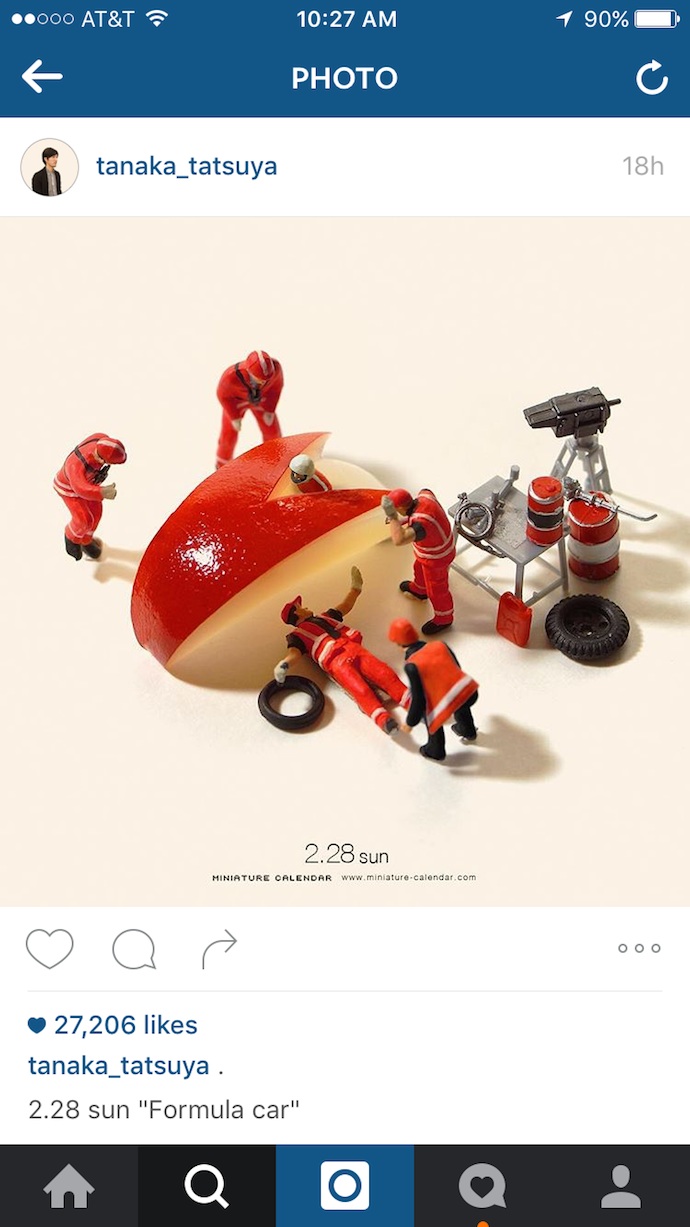 Of course, that kind of collection, that kind of physical spread as mirror, is now déclassé. We live in an era where we obsess over decluttering – our homes, our lives, our workplaces. We make did-we-need-a-book-for-that books – like The Life-Changing Magic of Tidying Up – New York Times bestsellers. But human beings are not tidy; our brains are made for great messes and mysteries. That clutter has to go somewhere, and of course that somewhere is out of sight, not out of mind. Our clutter lives online.

Joe Moran writes that, “The great disappointment of the internet is that it has not yet fulfilled its potential to encourage…sustained, immersive curiosity.” And when we look at blogs, hot takes, reaction pieces, Twitter, Facebook, and Snapchat, this would seem to be true. But I think when we talk about curiosity – indeed whole cabinets of the stuff – we need to reconsider Instagram. “Curiosity,” writes Moran, “avoids such polarised certainties. It is intrinsically open-hearted and gentle, interested in relating to others but appreciative of their otherness. The best compliment you can pay someone is not to shower them with hyperbolic praise but simply to be curious about what they say and do.”

I’d certainly say that Instagram – with its stylish photos and filters, image-over-word aesthetic, more than its fair share of artists and world travelers and tattoo artists and nature lovers – seems to me to fit this description. It offers us the opportunity to wander the halls of someone else’s mind, to enjoy their obsessions and juxtapositions. It’s a really weird-ass place if you spend enough time sitting there. It’s a place where we don’t have to explain ourselves, so our lives are subject to complex interpretations. Our images do the explaining for us. It’s the perfect place for the intellectually curious to live online, with all the clutter we’re unwilling to jettison or that, indeed, we’re ‘philes’ for. “Collecting,” says Davenne, “places us in an off-center world, one open to multiple readings and narratives.”

I thought I might end there – but I’d rather end by example: by showing, rather than telling, to borrow a cliché. I’ve done some rather massive searching and scrolling on Instagram, which happens to be my own favorite social media site. It’s so calm by comparison and forces a kind of genuineness by way of accumulation. Look at anyone’s Instagram gallery and you’ll quickly notice a pattern, even if it’s not intentional – most likely mirroring their lives. And here’s where the Instagram stars shine. These are the creators of accounts that are not only genuine, not only mirrors, but deliberately so – the accounts that are carefully curated, collections that can only be compared, in project, scope, and purpose, to the cabinets of curiosities back in the day. And just like those old school collectors, the Instagrammers of wunderkammer tend to organize theirs in the same types of disciplines and themes. Here are some of my personal favorites who work in that way. (And thanks to the many people who pointed me towards a lot of these Instagrammers.) 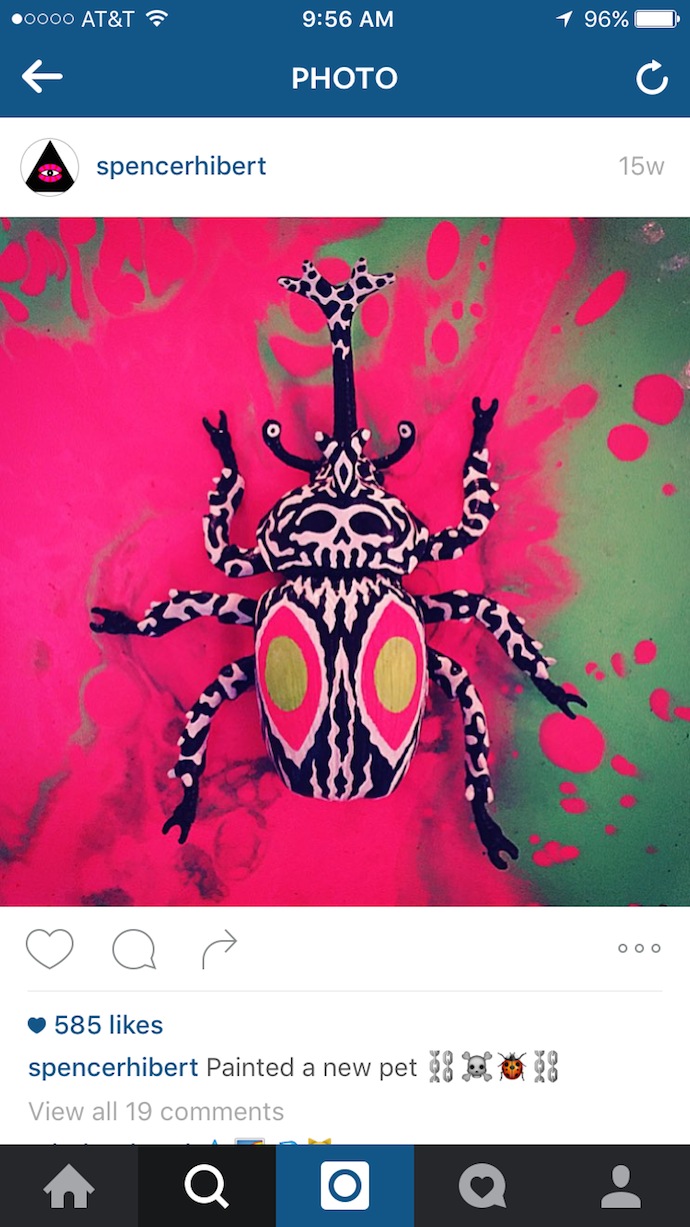 The format of Instagram, with its focus on images, is the most popular spot for artists and their art – and it was a major focal point of many cabinets, too, particularly as the juxtaposition of the scientific world with the art world came into vogue. I’d recommend:

@drawbertson for art and design

@jr and @naropinosa for photos and collage

@eugenia_loli for collage playing on golden era photography and advertising

@colossal for an virtual Instagram museum full of the best of other art feeds.

Taxidermy is still with us, of course (check out @craptaxidermy for the old-fashioned thing done badly, and my personal favorite account, @mothmeister, for a creepy/brilliant nod to the chimera). But newer iterations also abound in the tableaux at @iloveplaymo, @tanaka_tatsuya, and @darrylljones.

Collectors would often set up cabinets of curiosity to show off objects from their travels or art depicting the travel destinations. For the best of that:

@ed.templeton and @humansofny both traffic in humanity and its weird-ass representatives and finally

@TSA is one of the best accounts out there, because who would suspect their fellow travelers are packing throwing stars and umbrella knives? (And tagging #Krull is just genius.)

Yeah, yeah, that concept didn’t really exist when wealthy guys were putting rocks and broken dolls next to stuffed alligator heads, I know. But objects in conversation with one another, and what that conversation says about us – that’s something we’ve got covered in the modern era. I mean, @cashcats is exactly what it sounds like, and a pretty accurate summa of the Internet to boot. @beigecardigan and @socalitybarbie (which is done posting new stuff but still up and worth a look) parody Instagram and online culture, and then @satiregram burns it all down.

The Collector on Display

This is the stuff the best cabinets of curiosity are made from – the bizarre iconoclasts like @baddiewinkle or @mathuism; the true Renaissance weirdo like @yokoonoofficial or @tejucole; and the most interesting man/woman alive – pick your poison but maybe @therock or @kimkardashian?

The OG cabinet of curiosities, of course. And those who’ve taken up the mantle are doing equally badass work.

@amnh is sort of a cheat because they are a big set of cabinets (and have some), but so what

@usgs has the nature thing covered, with gorgeous shots in the wild and

@stationcdrkelly posts shots from the International Space Station. Beat that.

Showing what a gentleman philosopher you were, ruminating on mortality and human ruins – that was all a big part of the original cabinets. It’s why you see so many skulls and bones and skeletons. In a time when you were pretty likely to die before you grew up, death shadowed the world; there was no point in hiding it. There are some strands of that philosophy coming back around again, and two of my favorite accounts around it are @deathunderglass and @thegooddeath. After all, when we eventually leave this world behind – including the fragments of our online lives on Instagram and elsewhere – our digital debris will be the new bog bodies and plague victim pits. What’s left is what we did to make sense of the world; I only wish I could see what the next generations make of our remains.