WHEN THE LAMBS RISE UP AGAINST THE BIRD OF PREY 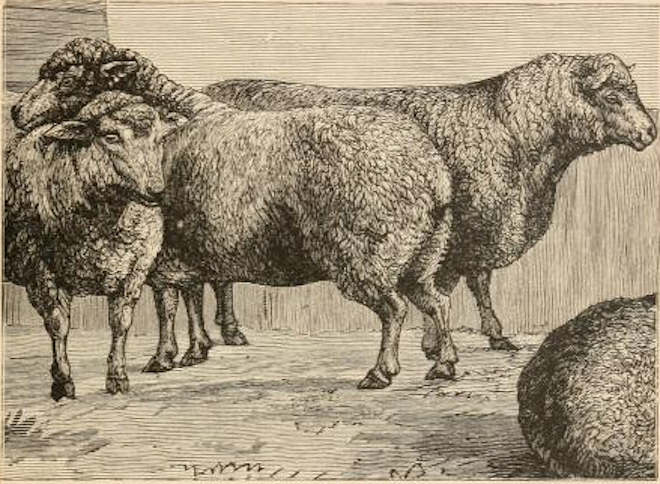 The lamb is not innocent. The lamb knows how to read the motion of the air and knows the air’s stillness. It knows the pattern of the bird of prey’s flight, the slight shift in temperature provided by the bird’s shadow, the sound of the bird’s cry overhead and the other sounds from which the bird’s cry distinguishes itself.  The lamb knows the general system of sound: the lamb must understand quietness, too, in order that the lamb understands the quiet’s relation to predation.

The lamb knows how to read the quivering of the lamb nearby, how to become not one lamb but many lambs in the formation of lamb-like relation, each lamb-back moderately indistinguishable from the back of the next. The lamb knows how to read the feeling of the form of what is each other all together, the fears and pleasures and neutralities of each other, the everything of what is expressed in a bleat or twitch when the lamb is with each other and the next one and there is never one lamb alone.

The lamb knows all it knows through awareness of the patterns embedded in a generalized state of risk.  The lamb’s way of sensing is a clear-minded sensing of the world as it aligns against it: demystified, dependent, and with brutality intact.

The bird of prey knows what it knows only in a system built from desire’s instances, maintained in the expectation of desire’s satiation: a hawk-eye sees with the arrogance of only the particular of what it wants, not the whole of what is.

the philosopher who appreciated almost nothing about lambs

A philosopher, the one who appreciated almost nothing about lambs, said: “The birds of prey may regard [the lambs] a little mockingly, and maybe say to themselves, ‘We bear no grudge against them, these good lambs, we even love them: nothing is tastier than a tender lamb.’”

It is true that for the bird of prey, like many predators, its hobby is the refinement of its own good taste, and it is good taste to taste the tender lamb.

“I love the lamb!” the bird of prey exclaims and means it; its education is in desiring, its form of desire is as narrow as wanting to taste.

The lamb is different.  The lamb does not learn by following desire or by refining it: the lamb learns by understanding the world as a system, in all its variation and relation, so that it may effectively remain alive in it. What the lamb possesses, animated not by desire but by lambness, is a sensibility characterized by a philosopher, the one who appreciated almost nothing about lambs, as “the vengeful cunning of the powerless.”

The lamb’s intelligence is earned from a sensuous education forged in the negative: it is a cunning derived from fortune and necessity. Its genius is “the bitter state that even insects possess,” and if this genius becomes a taste, it is taste made of “grudge.”  In this its taste is much like our own.

the stupid logic of dinner

We were not innocent.  Our education was authored by our senses. Our lambness was written into our bodies with the violence of the world as it is, yet our interest in understanding the lamb’s education, in the lamb’s way of knowing, began to take the form of the bird of prey’s pursuit.  We were at once formed by grudge and narrowed by desire.  In everything we wanted, all we acquired, and in how we could not want, how we could acquire nothing, we were simultaneously lamb and bird of prey.

Our mixed nature was not innocent.  No matter how much predator-like acquisition of the predator’s way learning acts upon a lamb-interior, a lamb still appears to all who see it like a lamb.  The lamb might be a doubly conscious lamb, but the bird of prey’s stupid logic of dinner remains, for the time being, the logic of the world.

the saddest part of the fable

This is the saddest part of the fable, the part about the foolish lamb who wanted to show off what it had learned to the world that remained, in the world’s logic, the world.

To tell a story about being a lamb and to tell it in the language of a wolf is foreplay to the wolf’s pleasure, prelude to the lamb’s demise. The lamb, by making the predator’s literature out of its sensuous education, risks enlightening the wolf to the lamb’s defense. For the wolf is a creature whose weakness, like the weakness of all predators, is intellectual.  Like the bird of prey, it is arrogant: it is oblivious to all but the kill.

This is the saddest part of the fable because the lamb who tells is the talking kill, and sadder still, that it is the one who often calls itself, because it is speaking the language of the wolf, “dinner.”

The lamb who speaks on the nature of lambness at any length in the forms made available by predators is the one who ceases to have the lamb-like cunning of the crowd of lambs. It talks, but it is no longer articulate.  Alone, it is no longer a genius of the being that is all of the others, together, each with the next one, perceiving the all, and never with one lamb alone.

The lamb who tells is a lamb whose education had failed.

Our education had failed. But we thought that if we, the lambs who told, left the wolf’s chamber and returned to the study of the general system we could find a remedy for this.

to become even more animals

In the gospels, the lamb that found itself too much among the wolves found the remedy was to become even more animals: “Therefore be as shrewd as snakes and as innocent as doves.”

Were lambs always also snakes?  Is this why there are so many specific architectures, so many laws and their enforcers, cameras embedded throughout the everywhere and the clouds themselves the police and so many micro-and-macro expositions of general and specific violence?  Is this why we were kept apart, so that we could not care for each other, so that we could never feel the cunning of the slightest motion of our friend’s body, so that we could not tell our jokes to each other, altogether, back moderately-indistinguishable from other back, in the whispers that make revolt?

This shrewdness, the one announced in every brick and lock of the architecture and every weaponized cloud, was rarely mentioned in the books written by the birds of prey. The lamb’s shrewdness was denied in almost every philosophy, but the stubborn thesis of the danger posed by the minds of lambs was written in the material everywhere of the everywhere there were lambs and who would eat them.

As lambs we lacked philosophy and we lacked architecture, but we spent years in rigorous analysis of the merits of “dove” and “snake.”

What was innocent? Were we Promethean lambs, with snakelike cunning, that could steal whatever of predator’s being is necessary, bringing it back for our own use, that we may exceed or abolish our lambness?  Did we make a year of nothing but 0’s: the dove’s annum, après deluge?

Many lambs work for years to steal fire but do not know what use a lamb has for flames.

Here’s a quote from a book about lambs who would rise up against the bird of prey:

“Just as we would be lost if we did not appropriate the contents of books and pictures, so too we would perish if we did not already regard every piece of equipment in the plant, every object we produced as our asset.”

When the lamb is a snake is a lamb and all culture rearranged is itself what is innocent as a dove, the judgment our bodies wrote in us would become a different day.  The world was to be grasped in its all; then it had to be sensed as what it is—already ours.

in that year made from the minutes of our senses

In our imagined dove’s annum, that year we had not yet lived in, that year made from the minutes of our senses, we held our cognitive after-the-flood.

There we were the lambs appropriating the contents of the sky and the field for the lambs. The shadows formed by clouds were a literature: we had, next to each other and then the other, already written it. We heard the love songs of the nearness of each other’s backs; we saw the monuments in our shared perception of quivers. We knew what was above our heads not as hawk and not-hawk: we knew the air as the air.

Our imagination was not innocent. We wrote messages to each other on our phones and on the Internet: “That’s my other theory, beyond all my obsessive animal taxonomies, that what we must find lies right there between the vulgas and the vulnus, the crowd and the wound.”

“Have I gone too far with a portrait of our times?”  This loosened a fable of ressentiment: I wanted to shake the lamb out of moral philosophy.  I did this so that what the lamb knows—to never mistake dinner for the totality—can finally be of use.

Anne Boyer is a poet who lives in Kansas.

A SERIES NOTE FROM THE EDITOR:

As the Summer Poetry Editor at Fanzine, in light of recent events that only call into clarity the ever-present systemic inequalities within the poetry community, and the difficulty but pressing necessity to participate more thoroughly in lasting conversations about race, gender, and class, I am dedicating my time here to curating work that takes seriously the implications of addressing these issues.

I consider the previous two posts from Anna Vitale and Marie Buck to already be within this vein of work criticality engaging discourses around the nature of violent inequity produced by a patriarchal capitalistic society.

I only have 12 weeks, but my hope is that this gesture is only one of many actions beginning to take shape across the country, such as with women in the Bay Area and those in solidarity, who are partaking in a 6-month action of sobriety at poetry readings in order to mitigate the culture of misogyny and promote a safer environment by inducing greater awareness to the behaviors of those present.